Opinion: The nightmare isn’t over yet. 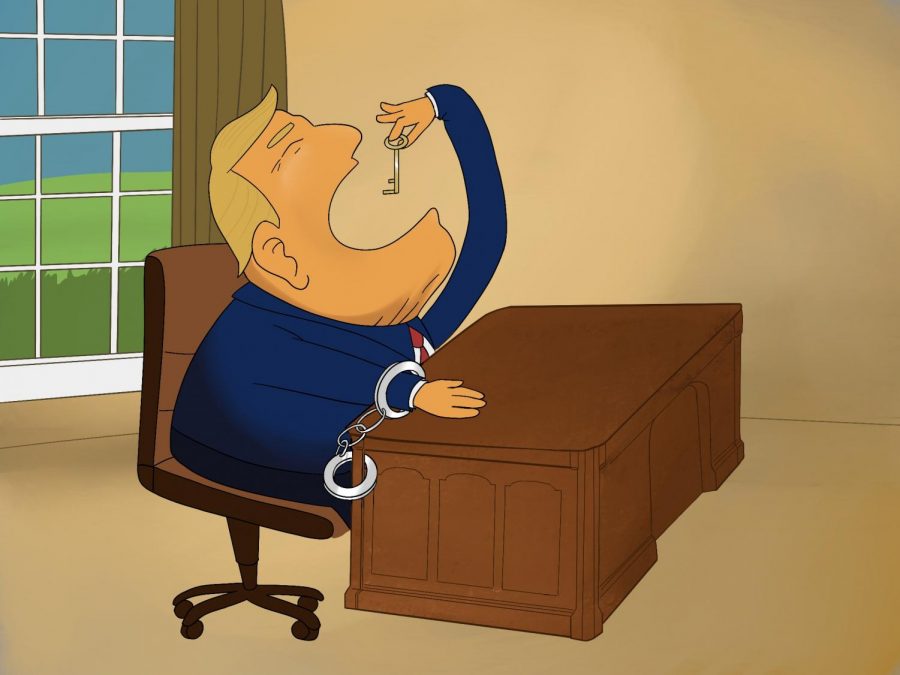 Ding-dong! The witch is dead, ding-dong the wicked witch is dead. These were the words sung by the people in the Wizard of Oz movie after the Wicked Witch of the West was killed freeing them from their fears of her. This attitude is now expressed globally with the defeat of Donald Trump by President-elect Joe Biden. However, is the world celebrating too early, or is the Wicked Witch actually dead?

Trump will remain in office until January. Until Biden’s inauguration, an absolute slew of lawsuits is being sent to the courts of multiple different battleground states. In Pennsylvania, Michigan and Georgia the president is claiming enough voter fraud occurred in those states to not only warrant a recount but also warrant those ballots to be tossed out.

There is absolutely no evidence so far to back the claim that widespread voter fraud occurred. Trump also claimed Republican observers were not allowed into polling places to watch the votes and check legitimacy. These claims also have no evidence backing them so far.

However, let’s look into the president’s tactic.

The goal is to throw enough lawsuits at these states to get one of them to the Supreme Court so the justices (three of them appointed by Trump) can have the chance to disqualify enough ballots for the president to win those states. This desperate attempt will not happen and is incredibly flawed.

“It’s sorta disingenuous for the president to say that he will take this to the Supreme Court because he understands that is not how this works,” said David Goldberg, a COD political science professor. “In 2000, when the decision to stop counting ballots was decided by the Supreme Court, it was after it was fought in Florida’s state supreme court and a federal court of appeals in Atlanta. Then it went to the Supreme Court. The Supreme Court gets to decide what cases they wish to hear, whether they think a case has merit. There is every reason to believe that the court might want to stay out of this because they do not want to politicize the courts even further.”

Trump’s gambit to use the Supreme Court to win this election will fail and is failing. His voter fraud cases are being dismissed left and right in the lower courts because they have no evidence to support fraud occurred. Trump’s claim that Republican election observers aren’t at polling places is also being dismissed because they were there. He is just lying because he lost. This is a feeble attempt to not only delegitimize the election process but to inspire millions to action in the name of Trump.

Currently, the Wicked Witch isn’t dead, and there is a chance that some of his lawsuits can make it to the Supreme Court. However, it’s only a matter of time before the justice system tosses a bucket of water on all the baseless claims. All anyone can do now is sit and wait while the Wicked Witch slowly melts.