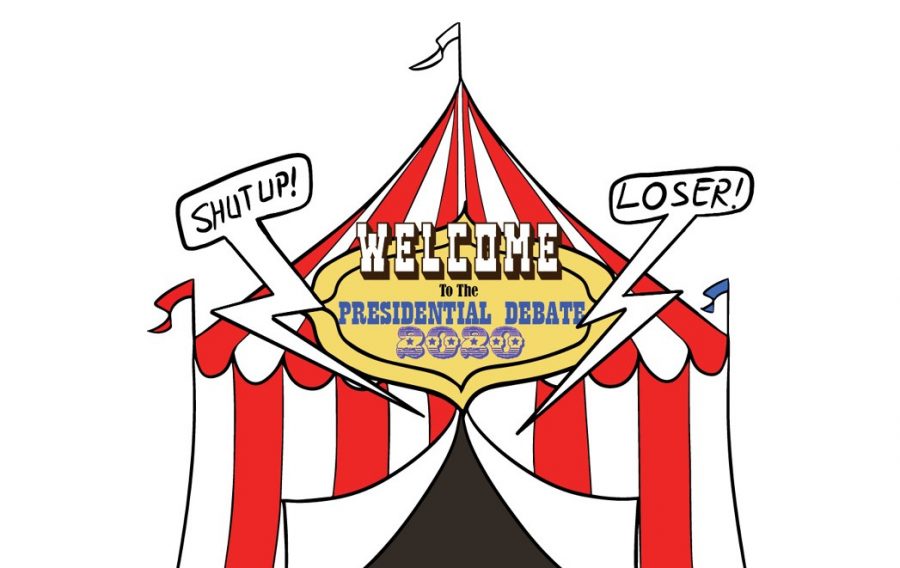 The presidential debate between Joe Biden and Donald Trump was one of the most outlandish and unprofessional events one could ever witness. The two candidates for the presidency squared off against each other on Sept. 29 and debated a wide range of issues from the elections and its integrity to the current race relations in America to the economy and the handling of the COVID-19 pandemic.

The debate boiled down to a shouting match between the two candidates. No one was really able to get a point across except their obvious contempt for each other.

At one point during the debate, Trump was asked to clarify, without any room for doubt, denounce white supremacy. He could not do that. Instead, he tried to avoid the question. Then he said, “Stand back and Stand by” to the Proud Boys – a known white supremacist group. The quote is now being used as a rallying cry for white supremacists. The lack of condemnation is concerning.

Trump tried to keep eyes off him and attacked Biden about his son’s drug problem. Biden defended his son, Hunter Biden, for overcoming his drug addiction, which has only been good optics for Biden.

“He came into that debate thinking he was going to be really dominant,” Beifuss said. “He was expecting Biden to be weak and easily confused. He was going to badger him and make him look dumb. Overall, the thing that I got was the level of argumentation was really poor and disorganized. He would go off on random tangents, and it didn’t feel like he had any of the control that he was trying to assert.”

This wasn’t a real debate. This was the personification of the current political tension of our nation. On the Right, we have a level of rudeness and unwarranted confidence toward their position and values and an unwillingness to communicate appropriately. On the Left, we have a dismissiveness and a sense of superiority when it comes to their position and values. This has created an environment where no one is listening to the other, and it just ends in a shoutting match and nothing gets done.

The president refused to let Biden speak on most issues. Even when Biden’s answer was weak and Trump would have looked better by just letting Biden speak. He interrupted him and derailed the current topic letting Biden slide on an issue he should’ve been hammered on. Biden wasn’t necessarily better because he was dismissive and rude to the president during the debate, calling Trump a “clown” and telling him on national television to “shut up.”

Nothing of substance came from the presidential debate except for the attitude that America lost. It is an idea that has been shared on both that Right and the Left that the debate was a dumpster fire. If this is the best our country has to offer then what does this say for the nation as a whole? Is this what America’s future will look like?