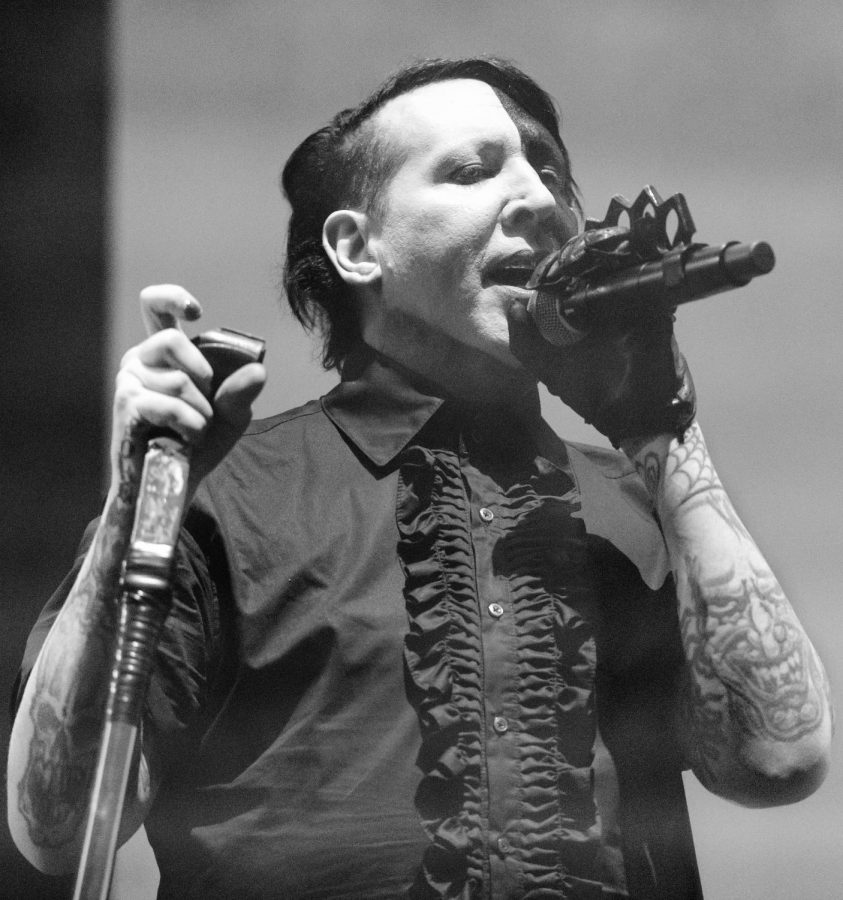 On February 1, 2021actress Evan Rachel Wood came out on social media and accused heavy metal icon Marilyn Manson of sexually and physically abusing the young actress, leaving her in a mental state of pain and fear. The 33-year-old said Manson had abused and groped her on numerous occasions Manson and Woods shared a tumultuous romance that lasted for three years. During their time together, the actress dove deep into the Antichrist superstar’s life as well as style. She toured with Manson on numerous occasions. Things eventually fell apart. Now, 10 years later, Wood released her statement on Instagram saying,

“The name of my abuser is Brian Warner, also known as Marilyn Manson. He started grooming me when I was a teenager and horrifically abused me for years. I was brainwashed and manipulated into submission. I am done living in fear of retaliation, slander, or blackmail. I am here to expose this dangerous man and call out the many industries that have enabled him before he ruins more lives. I stand with the many victims who will no longer be silent.” (@evanrachelwood, Monday, February 1st) After her post on Monday 4 more women spoke out and accused Manson of similar actions.

With all the allegations against celebrities as well as the “Me Too” movement, Manson’s future could dissipate in a matter of weeks. If I had to define this story in three words they would correlate with honesty, credibility and evidence. All three of these factors must be addressed. The scary part about this whole situation,” being a Manson fan,” is the truth and whether it’s being abused for personal gain, or if it is an underside of Manson now coming to light. With new information and serious action being taken into place this could signify the end of Marilyn Manson’s career. With the countless tales of similar misconduct of celebrities in the past, there is no doubt that this could easily break the rock star’s influence as well as appreciation from the many fans that have been with him through his musical journey. I look at Manson and see a leader. It may sound abnormal or even bizarre but the way he projected himself, his music, and his art on stage in the early 90s was nothing but raw, evil, devotional music all centered towards the philosophy of individuality and inner creative expression. Manson became an icon for confused, frustrated, messed up kids who felt that they had nothing. He brought that “something” into their lives. Sure, he was one of the biggest rebels of rock, but sometimes you need to rebel against everything you knew, to create an even bigger fight for the future. Manson did this and instantly started a revolution hated by parents but adored by fans.

Manson age 36 and Wood age 18 met in 2007 and were engaged for seven months until breaking up in 2010. She opened up about her time with Manson after their relationship ended and said she would “ do it all again.” She truly loved Manson at one point, but then things started to change for the 24-year-old actress and she became a feminist and played a role for one of HBO’s critically acclaimed shows (Westworld). With Wood’s successful career and strong-willed personality, she was finally tired of hiding this secret she buried for ten years and believed that now should be the time to take action… and action she sure did take.

In 2018, Wood participated in a Congressional hearing, explaining her story to the U.S. House Subcommittee on Crime, Terrorism, and Homeland Security. At the time she only referenced Manson and did not identify him as the attacker. In 2019, she hinted at the situation again on Instagram along with some modeling photos and a comment that said,“The day of this photoshoot, I was so weakened by an abusive relationship. I was emancipated, severely depressed, and could barely stand.” (@evanrachelwoods)

In 2019, she hinted at the situation again on Instagram along with some modeling photos and a comment that said ,

“The day of this photoshoot, I was so weakened by an abusive relationship. I was emancipated, severely depressed, and could barely stand.” (@evanrachelwoods)

Wood’s words of testimony and self-expression were only the tip of the iceberg. In November, Woods posted a brief comment related to allegations of abuse against Manson.

During the time of the initial reveal, Vanity Fair conducted a phone interview with Manson. When Wood’s name came up in the conversation, he immediately ended the entire interview. After Wood’s latest allegation Manson posted a comment on Instagram:

“Obviously my art and my life have long been magnets of controversy, but these recent claims about me are horrible distortions of reality. My intimate relationships have always been entirely consensual with like-minded partners. Regardless of how – and why – others are now choosing to misrepresent the past, that is the truth.” (@marilynmanson)

Wood and the other women aren’t the only ones currently standing up against Manson. California State Sen. Susan Rubio has requested that the U.S. The Department of Justice and the FBI investigate Manson based on testimonies shared by various women.

People connected to Manson both personally and professionally, such as his former personal assistant as well as one of his ex-guitarists and current Limp Bizkit guitarist Wes Borland have also spoken out against Manson. Borland:

“I was in the band for nine months,” Borland said during a Twitch podcast. “He’s not a great guy, Every single thing that people have said about him is fucking true.” Besides Borland there have also been allegations and denounces from other artists as well. Singer Phoebe Bridgers released a statement reminiscing about a party she attended that was hosted by Manson. Bridges explained that when Manson showed her through the house he referred to one room as his “Rape room.” After the comment was said bridges loyalty to Manson as a fan and fellow music enthusiast, just faded away. There have even been speculated stories of abuse towards his current wife Lindsay Usich. Her friend stated in a statement to Loudwire that Manson would go off on these crazed drug binges, transcend into a toxic and hostile state then threaten her with obscenities and other negative connotations. This is only information told by an individual close to Usich as we have yet to hear any information from her.

Following the accusations from the women, Manson’s record label Loma Vista Recordings dropped the antichrist superstar from their label. Manson’s role in some TV shows was also cut. Amidst all the accusations and speculation Manson has still not admitted to any misconduct whatsoever with any of these women.

The story is currently buzzing all over social media and in the world of rock and metal music. Many fans of Manson’s work, such as myself, wonder who this man really is and whether or not it was, and still is, right to follow his leadership and influence. I wonder now whether or not I will be judged for wearing my Marilyn Manson shirt, listening to his music, or even seeing him in concert. With accusations of sexual misconduct and abuse in the past, there’s no telling where this story will take us. Only time, adequate evidence and honesty will determine the survival of Manson’s career. The question on everyone’s mind is who is telling the truth? And is this the end of Marilyn Manson?