Let us take a look at the election 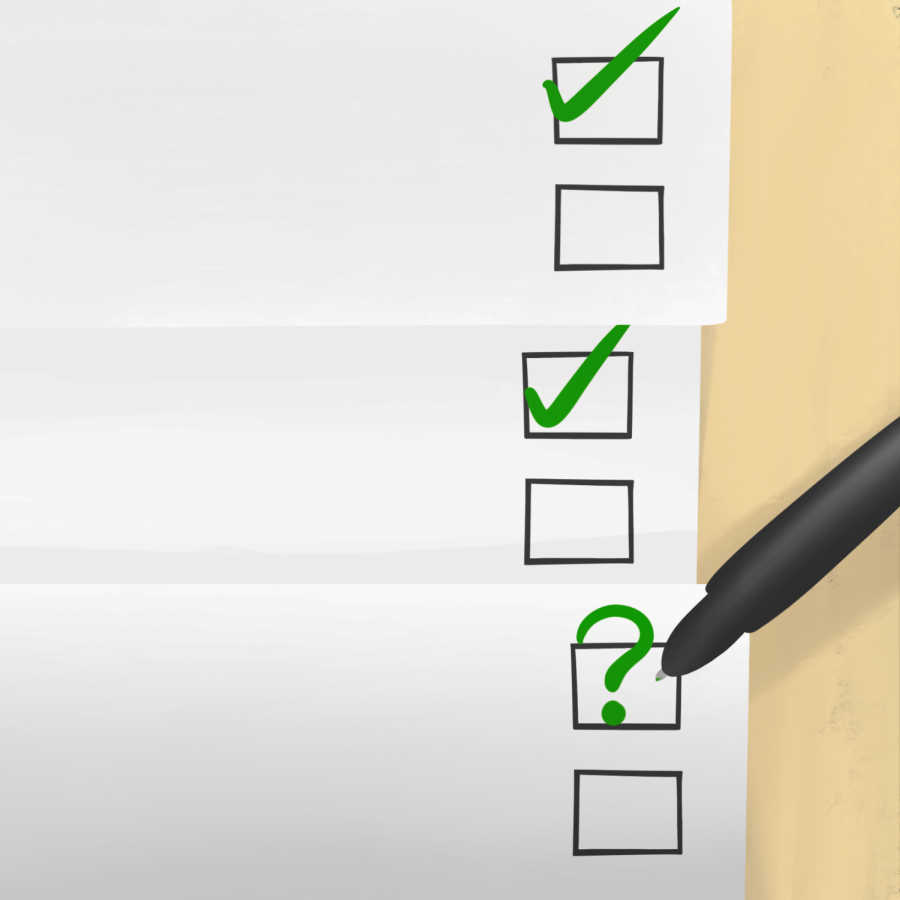 Flat-earthers and anti-vaxxers are the two most mocked and laughed at demographics in the world. These are people who look at the overwhelming amount of evidence against their beliefs and say, “Yeah I don’t buy that. It is all a part of a government conspiracy to control people.” But even they are given a run for their money when faced with the number of conspiracies and baseless claims made by President Donald Trump and his supporters over this election and who won.
Currently, there is no evidence backing the claim that the 2020 presidential election was rigged against Trump. In Michigan and Pennsylvania, the Trump campaign lost lawsuits. In Arizona, they just dropped the challenge entirely. The Trump campaign has actively looked for evidence proving there was widespread voter fraud and have found nothing that will hold up in court.

Maureen Heffern Ponicki, COD assistant professor of political science, said there is no history of widespread election fraud in the United States.
“There are cases here and there of (individual) voter fraud, but all the evidence says the U.S. electoral system is fairly fraud-free. Will there always be small problems? Yes, and they get dealt with. Is there any evidence of widespread fraud? No. In fact, electoral fraud is rare in the United States.”
Despite the Trump administration’s best efforts to find widespread voter fraud they haven’t been able to. There are systems in place in our electoral process to prevent that from happening. Dead people can’t vote. People can’t vote twice, and ballots were never dumped or thrown away.
Even the claims the Trump administration has made that fraud is rampant in our election system has been proven wrong by both Democrat and Republican secretaries of state running elections throughout the country. The people who monitor these elections in their state have claimed multiple times that the level of voter fraud being claimed by the Trump administration hasn’t happened and isn’t possible. It should be remembered that Trump claimed fraud in 2016 when he won but not by the popular vote margin that he desired. Trump even made a special commission to investigate voter fraud on the national level and after two years of work came up with nothing.
Let’s take a step back and think about the argument being made here.
The Trump administration wants the American public to believe that not only did the Democrats rig the election, but they also did it so successfully with such little error that despite the best efforts of the executive branch of our government they could not find a single bit of evidence that back-up their claim. They want the American public to believe that with no evidence backing them this election was stolen and Trump should stay president. This claim is not only ridiculous but it is incredibly dangerous and damaging to an institution that has been working for centuries.
Whether or not anyone thinks Trump should’ve lost or won is irrelevant. What is important to note, however, is how unprecedented and damaging to our democracy this is.
Presidential candidates go after each other all the time. But even Hillary back in 2016 conceded the election when it was predicted she would lose. Despite everything before the election stating she would win by a landslide, and her initial disappointment with her loss, she still gave in and didn’t attack the very electoral system that our country runs on like Trump is doing now.
If Americans allow the president to destroy faith in our election system, what hope does anyone have for our country’s continued usage of democracy? Situations like this are how democratic nations die. When people no longer trust the results of an election how can they trust anything?