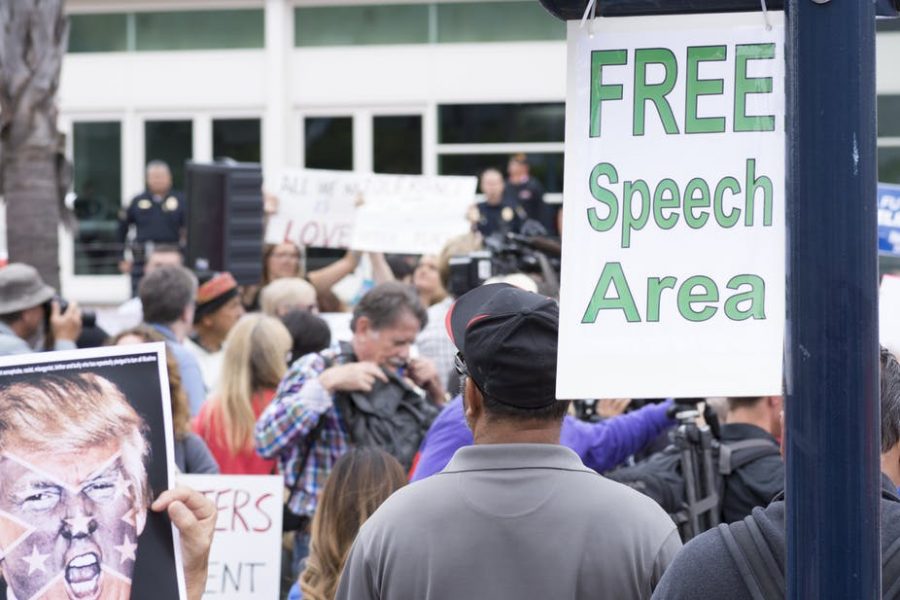 ‘Free speech zones’ and other efforts to limit free speech on campus are igniting controversies across the nation. 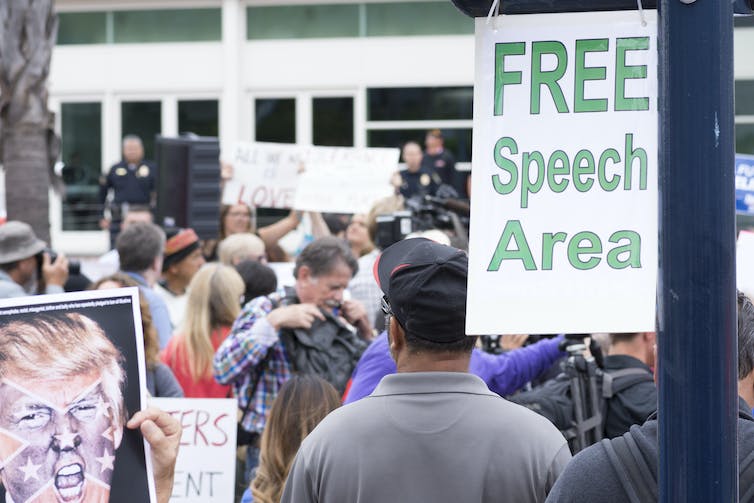 ‘Free speech zones’ and other efforts to limit free speech on campus are igniting controversies across the nation.
Chad Zuber/www.shutterstock.com

Concerns about free speech in higher education have reached the point where at least 30 state legislatures have considered, and nearly a dozen – including Arizona and Virginia – have passed laws to protect campus speech. The concerns about campus free speech cluster around four problems: speech zones, speech codes, disinvitations and ideological biases.

As a scholar who has long written about intellectual freedom in education, reasoning and development, I believe solutions exist that transcend the politics of the moment and promote free expression for all. As an extension of my scholarship, I have served as a board member and sometimes as president of the ACLU Nebraska. I’m currently president of the Academic Freedom Coalition of Nebraska. This article, however, was not written on behalf of either organization.

As a professor – and now emeritus professor – of educational psychology at the University of Nebraska-Lincoln since 1977, I have been advocating intellectual freedom within – and outside – UNL for decades and continue to do so. The problems are general to all universities. Fortunately, so are the solutions.

Colleges across the country have instituted “free speech zones.” The problem is these zones are generally small and speech everywhere else on campus is subject to administrative regulation.

The Foundation for Individual Rights in Education, or FIRE, has brought lawsuits against many colleges with restrictive speech zones, including Joliet Junior College in Illinois and Pierce College in California. It has also supported state legislation to clarify that, as a matter of First Amendment principle and precedent, the public areas of public college campuses are traditional public forums like streets and parks.

With one in 10 universities today, according to FIRE, having instituted free speech zones, the ACLU has been busy protesting their existence as “a misguided step away from the historical role of universities” and calling for their abolition in letters to university leadership across the country, including on my own campus.

Instead of trying to restrict free speech to tiny areas, I suggest college and university leaders – in the spirit of the 1964 Berkeley Free Speech Movement – start with the presumption of intellectual freedom across the campus.

FIRE has also examined student conduct codes and other speech-related policies at more than 400 colleges and universities. Only 40 institutions presently meet its “green light” standard of conformity to First Amendment case law.

The usual justification for regulating offensive expression of various sorts is that hate speech is not protected by the First Amendment. But as a matter of constitutional law, this is just plain wrong. There is no such thing as “hate speech” in First Amendment law, and thus no exception for it.

If hate speech cannot be censored, what can be done about it? The traditional civil libertarian response remains convincing: The solution for those who perceive a particular speaker’s words as hate speech or otherwise objectionable is to exercise their own First Amendment rights to challenge and refute bad ideas and provide better alternatives.

Consider this multiple choice question: The proper response when an invited speaker is deemed racist, fascist or otherwise objectionable is to (a) get the invitation canceled; (b) disrupt the event so the speaker can’t be heard; (c) initiate or provoke violence; (d) foster counter-speech; or (e) all of the above.

Recent events on college campuses, including disruption at the City University of New York and violence at Middlebury College, might lead one to wonder how many choose (e) all of the above. But the correct answer here, too, I suggest, is the traditional civil libertarian solution: (d) foster counter-speech.

In my experience, campus speakers are usually academic experts invited by faculty or students to speak to classes or other academic audiences. For an administrator to rescind the invitation on the basis of ideological objections or outside pressures would be a major infringement on the academic freedom of all involved. It would also undermine the academic integrity of the institution.

Speakers may also be invited by student groups or administrators for debates, commencement ceremonies and other events. If some believe a mistake has been made, selection procedures may be re-examined before the next invitation. Once an invitation has been extended, however, to rescind it is impolite to the rejected speaker, casts doubt on the integrity of the institution and invites future challenges.

In very rare cases, such as research fraud, it may be justifiable to disinvite a speaker on the basis of new information. The proper response to a speaker with objectionable views, however, is to refute what needs to be refuted, protest what needs to be protested, and invite speakers with alternative views.

Many have argued that universities are centers of liberal indoctrination and anti-conservative bias. The claim may be exaggerated and the evidence anecdotal, but professors in many disciplines are indeed disproportionately liberal, which may indeed influence the curriculum and classroom atmosphere.

Even if most faculty are liberal, they have a right to their political views. They must be hired and evaluated on the basis of academic qualifications such as expertise, teaching ability and research accomplishments without regard to their political, religious or other ideologies.

But faculty must serve all students without discrimination on the basis of race, sex or viewpoint. They must respect the academic freedom of students to be educated, rather than indoctrinated, including their right to formulate, express and discuss ideas of their own.