OPINION: Citizen Climate Lobby’s best solution to save the environment and the economy 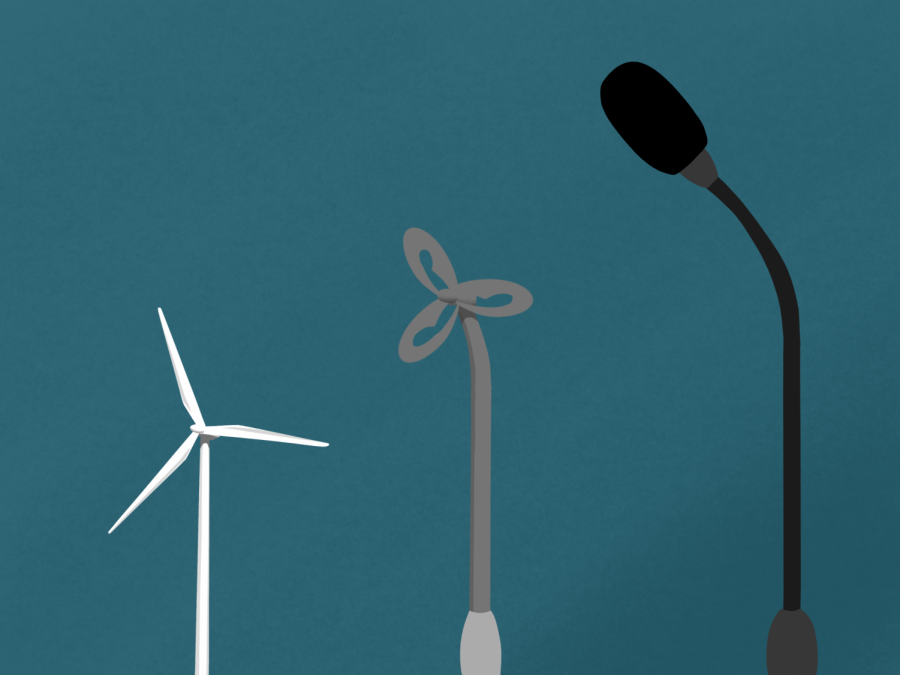 There is a way to make a climate difference that would help low and middle-income people. There is a way for the country to go “green” without hurting the economy. There is legislation that unites liberal and conservative groups in regard to climate policy. But what can you do to make this happen? For starters, join the” Citizens’ Climate Lobby (CCL)”.

The Environmental Club hosted a  Spring Speaker Series inviting Mark Ailes and Terry Quain from the Naperville chapter of CCL to introduce how they take political action for the environment.

CCL is an international grassroots environmental group that trains and supports volunteers to build relationships with their elected representatives to influence climate policy. This organization contacts politicians, hosts seminars and educates people about carbon fees and dividends when presenting their plan for the environment and businesses. They stand for persuasion and not force.

Former Physics instructor Mark Ailes is a current member of CCL. He said the organization pushes for a bipartisan policy called carbon fee and dividend. “The policy is excellent for the people, leaving no one behind such as business owners, innovators, and employees,” Ailes said.

“A carbon fee and dividend policy charge fossil fuel companies a fee per metric ton of carbon extracted from the oil well or coal mine. Polluters from the fossil fuel industries are polluting the air for free. Putting a fee can encourage gradual fuel source change. The fee will gradually rise each year. Then the revenue is collected. After minimal expenses to administer the plan, all the rest of the revenue would be distributed to households in equal shares as a dividend, making green sources of energy competitive, and it would make fossil fuels more expensive.”

CCL began back in 1994 by Marshall Saunders. He first made efforts to help people out of poverty but realized it would be in vain if climate change made their homes unlivable. He began giving talks to audiences about climate change and the personal choices people could make to reduce their carbon footprint.

In November of 2018, The Energy Innovation and Carbon Dividend Act was introduced in both houses of 115th Congress with both Democrat and Republican cosponsors. In every new Congress, it needs to be reintroduced. So it was reintroduced in the house in the 116th Congress in January 2019. Two of the original cosponsors were Ted Deutch (D-FL-22) and Francis Rooney (R-FL-19). It eventually had 86 cosponsors in the House (85 Democrats). Now it needs to be reintroduced in the 117th Congress and we are hoping to get more support from Republicans in the 117th Congress. The Senate may be the place where a fee and dividend type bill gets some support. Senator Chris Coons (D-DE) and Mike Braun (R-IN) are Co-Chairs of the Climate Solutions Caucus in the Senate so there are some bipartisan talks taking place.

Revenue-neutral legislation is known to work in other countries.

According to Mike Vaska’s opinion column for Seattle Business Magazine, “The Case for a Revenue-Neutral Carbon Tax in Washington State,” he states, “British Columbia implemented a similar revenue-neutral carbon tax in 2008. There, CO2 emissions are down as much as 16%, and a solid majority of B.C. residents now view the policy favorably.”

B.C.’s fee began in 2008. Since then B.C.’s carbon tax rate rose from $35 to $40 per tCO2e. To improve affordability, in 2019 the government increased the Climate Action Tax Credit to $154.50 per adult and $45.50 per child as of July 1, 2019. The government also continues to offer several carbon tax programs for businesses and local governments.

The people would be encouraged to choose more green sources of energy to the extent that they could. This dividend could cover increased energy costs for over 60% of the population from the lowest to the middle-income people because they have the smallest carbon footprint. Furthermore, businesses would move to green energy because fossil fuel costs would increase a drive for innovation and push everybody toward a green economy. A border adjustment clause would cover instances where, for example,  if a country trades with the United States it must have similar legislation or pay a hefty amount to export energy-intensive products to the U.S. The border adjustment will encourage other countries to put a price on carbon since the United States is a global trader with the entire world.

So far, there are about 20 chapters in Illinois. When you join, there is a monthly sign-up campaign. CCL helps walk down what to say to give a clear message to congress. There are events like breakfast meetings on Monday mornings at 9 a.m., Fun Fridays at 7 p.m., and so much more.

Environmental Club President Jacqueline Reed shares her thoughts of the seminar, “I appreciate that CCL seeks to inspire environmentalists alike to take part in the political process by vocalizing their views to their elected representatives. It was an honor to have the Naperville chapter explain the importance of political activism to us because it is such an integral part of environmental protection. In addition to political advocacy, there are many other ways we can make our lives more sustainable. In the end, we all can make a difference together.”

In order to be united both political parties need to be involved to fix the climate. A strong economy and stable environment are needed in every society, especially in the United States. A bipartisan agreement is the best course of action. In the end, the world must be developed by destruction or design.