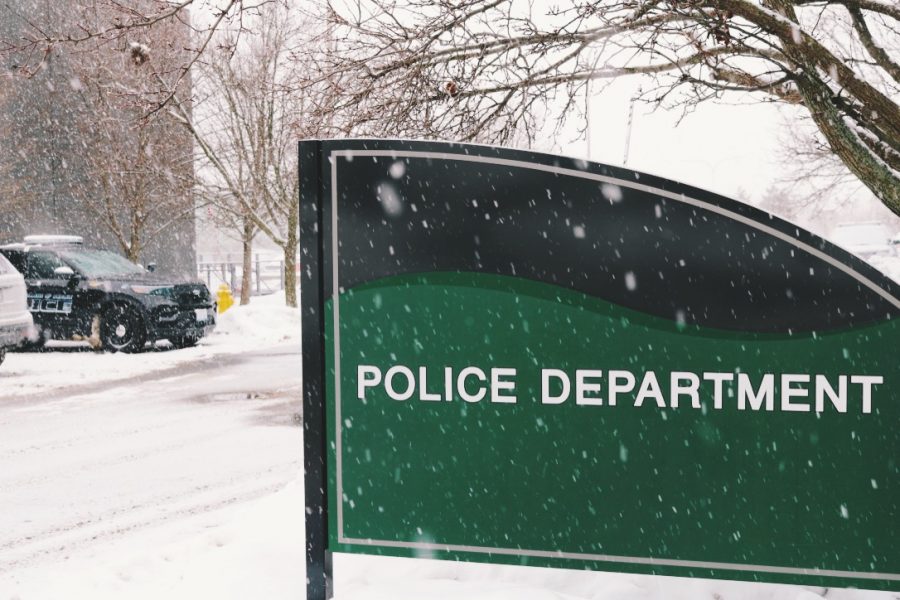 The Illinois General Assembly was under the gun. Working until almost 3 a.m. to ensure full completion by its dissolve at noon later that day, Jan. 13th,  they created a bill that would set a new precedent for police reform in the state.

“They cobbled it together, and they told the legislatures: ‘You are either voting for it or not. What are you going to do?’ Of course, a lot of people said, ‘I really like it. I would vote for it if it had this, this, and this.’ Well, it didn’t matter because they had to get it out. They were running out of runway. It was now or never. So, they passed it.”

House Bill 3653 would bring long awaited police reform, addressing areas of police misconduct such as chokeholds, escape and training. It passed in the Senate early that morning with a 32-23 vote, and later in the House with a 60-50 vote. The legislation has yet to be signed by Gov. J.B. Pritzker, who has expressed support and openness in changing laws that do not correctly serve the state of Illinois and its people.

“This criminal justice package carries with it the opportunity to shape our state into a lesson in true justice for the nation,” the governor said in a statement taken to Twitter.

Working in internal affairs as former police chief of Bolingbrook and as a law enforcement trainer for 25 years, Ross has seen “bad apples,” which the bill aims to remove.

These issues and policy violations are oftentimes addressed through retraining, punishment and, in some cases, dismissal. However, the new bill would grant the Illinois Law Enforcement Training and Standards Board (ILETSB) overarching regulation and the ability to certify police officers to work or revoke certification. The training and standards board is also responsible for the creation of police academy curriculum and training across the state.

While working to remove these “bad apples,” lawmakers also included an expanded definition of a chokehold, giving less leniency to officers in the case of police misconduct. Ross says that he did not learn chokeholds at the academy in 1987, and he assures that they certainly do not exist within SLEA’s curriculum at COD. Now, however, the bill tightens up what constitutes a chokehold. It would prohibit any contact above the neck and, specifically, anything that would lead to the restriction of airflow.

While protecting suspects against police misconduct, specifically chokeholds, critics of the proposed legislation suggest that some areas of the bill favor suspects rather than victims.

One example of this is “Escape” Sec. 5-8A-4.1. Kane County State’s Attorney Jamie L. Mosser outlined the section’s problematic language in an address to Illinois State Senators and Representatives. The section says a person who escapes from home monitoring (an ankle bracelet)  cannot and will not be charged with escape until 48 hours following the escape. Skeptics say this gives the suspect a 48-hour window to potentially commit another crime or serve as a further threat to the victim or to the public.

Mosser gave the example of a defendant charged with Aggravated Domestic Battery for strangling his wife:

“This defendant cuts off his bracelet and sits outside of his wife’s home. The defendant comes back to his home 47 hours later. Nothing can be done to this defendant, and the trauma to the victim is immeasurable. Since there appears to be no purpose to this law and the consequences to the safety of victims and our community greatly, I urge you to remove this language.”

Since then, no changes have been made to this language.

There are some provisions within the bill prosecutors, both liberal and conservative alike, have trouble supporting. Ross said, however, it is more so in the way certain sections are written and the uncertainty surrounding their execution that causes skepticism.

“The law is the law, the way it is written. But, some of that language needs to be cleaned up.” Ross said, “There are issues with some of the language that is going to make it very difficult for prosecutors to protect victims. I think what we are going to see is a series of trailer bills to clean up some of that language from unintended consequences, which is a good thing.”

This language is seen in the section of pre-trial release and cash bail, Ross said. While in support of eliminating cash bail, he points out the necessity for safeguards in this section. This would, instead, allow judges the decision to deny pre-trial release based on a suspect’s threat to society and the likelihood that they would show up in court.

In his 30-plus years working in the field, Ross cannot recall a time he has seen police unions, the Illinois Association of Chiefs of Police, and the Illinois Sheriff’s Association get together to agree on remotely anything. These three groups make up The Illinois Law Enforcement Coalition, a major opponent of the bill.

In a group statement to the press, the Coalition said:

“We had been working in good faith with the Attorney General on a bill that would make great strides to modernize law enforcement, but that legislation was dumped into this monster bill and the result is a betrayal of the public trust that gives many more advantages to criminals than the police. It ties the hands of police officers while pursuing suspects and making arrests, and allows criminals to run free while out on bail.”

“If they, as a group, feel that way, I think there is something there saying there are some problems with this bill that do not protect victims that well as the day before the bill is put into effect,” he said. “There will be less protection for victims, and that is problematic.”

However, Ross clarified that the bill is not supposed to advantage the police. The police work for the public. Instead, does it benefit suspects more than victims? That is where he has an issue – when there is not a victim focus.

“I do not think that was the intent,” Ross said. “I just think that is something we need to change. Do suspects need their rights protected? For sure, they do. But probably not at the expense of the public.”