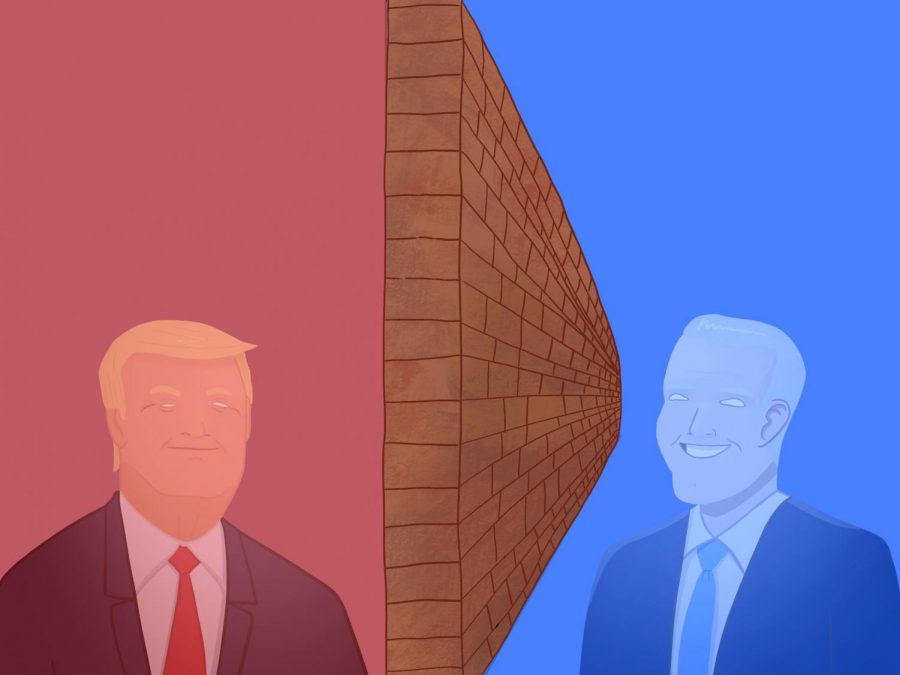 President Donald Trump and former Vice President Joe Biden are approaching the culmination of the 2020 presidential election—what seems to many, as one of the most profound elections in our modern-day history, considering the social, fiscal and societal implications of this year alone. Voting demands participation, not only at the polls, but through close evaluation of the candidates. The Courier is analyzing some of the most critical policies and pressing topics seen in this current presidential race in a nonpartisan explanation for voters.

This week, part two looks at the immigration policies of Biden and Trump. Next week, the final part will be evaluating the healthcare plans proposed by the two candidates.

Rhetoric may be the key difference in the two immigration approaches. Contrary to what some are led to believe, Biden—alongside former President Barack Obama—led 1.8 million deportations in his first term as VP, which is more than the approximate 800,000 deportations that Trump has made in the past three years, while also implementing extensive measures at the border, including detention centers.

Yet, in the final presidential debate on Oct. 22, Biden was asked about these record-high deportation numbers.

“We made a mistake,” Biden said. “We took too long to get it right. I have made it very clear. Within 100 days I am going to send to the United States Congress a pathway to citizenship for over 11 million undocumented people.”

Under the same administration, Biden assisted in the creation of the Deferred Action for Childhood Arrivals (DACA) in 2012, which has since then been rescinded by Trump. This program was enacted to protect children who were brought into this country by their parents, under unlawful circumstances. It shields them from potential deportation by the government, with access to education and employment in the states.

The Trump administration aimed to rescind DACA in 2017, but was obligated to renew the status of past DACA recipients, while they also denied any new applications. Biden, however, vows to expand the DACA program and continue to protect its recipients, otherwise known as Dreamers. This includes his plan to invest in their education through ensuring eligibility for federal student aid among other investments in minority efforts and institutions.

Biden says he will restore the immigration policies of Obama, while reversing Trump’s initiatives, with special attention to the asylum measures implemented under the current administration. In the first 100 days, Biden said he will integrate humanitarian practices in solving the issue of detention centers at the border. He plans to apply case management programs with nonprofit or faith-based organizations, which he says is more effective in immigrant support. Not only will this be more cost-effective, according to the former vice president, but it will also introduce a community-oriented approach that holds them responsible for their legal obligations while awaiting their court procedures.

In a more direct approach, Biden said he will deter federal dollars currently targeted toward the construction and maintenance of the wall on the southern border, implemented under the Trump administration, which has been approximately $11 billion, as of January 2020, according to a U.S. Customs and Border Patrol Report last week. Instead, this money would go towards more direct relief efforts and investments in the immigration system. Biden proposes these dollars go to more proactive measures, he says, such as screening infrastructure at the borders.

Meanwhile, President Trump has been known for his stance on immigration and border control, creating the popular phrase “build that wall,” in his run for presidency in 2016.

Much like in 2016, Trump is holding firm on a strict immigration plan. Yet, now, his policies are considered to be more widely accepted because of the recent global COVID-19 pandemic. In the early stages of the outbreak, Trump was able to declare a national emergency and close the borders to several countries.

Most recently, in June, he tightened regulations for immigrants to enter the country legally, in efforts to save American jobs, he said. In limiting the distribution of work visas, it is now more difficult for immigrants to obtain legal standing in the United States. June’s executive order has temporarily suspended the distribution of H-1B visas, which allows immigrants to enter the country under specialized occupational circumstances, if approved. Trump said this will be extended throughout the rest of the year, at the very least, potentially until the U.S. has regained a stable economy, post-coronavirus.

“Immigration policy has been driven by the demand for labor. That is what it’s about.” College of DuPage History Professor, Samuel Mitrani said. “The parties will make different rhetorical claims, they will make a big show of something in order to try to attract votes, but much more what is actually driving policy is the demand for workers.”

According to a White House briefing issued on Oct. 6, “[t]o aid our nation’s recovery from the coronavirus pandemic, the president placed a temporary pause on multiple categories of aliens from coming into the country for work.”

Prior to that, in February of this year, federal courts settled a long term dispute, ruling it constitutional for Trump to impose a 2017 executive order that would withhold federal dollars from sanctuary cities who failed to cooperate with the U.S. Immigration and Customs Enforcement (ICE).

Yet, according to the Wall Street Journal, “[l]ocal law-enforcement officials have said cooperating with federal immigration agencies would discourage immigrants from reporting crimes and cooperating with investigations.”

In 2017, President Trump expanded ICE’s powers to make administrative arrests of undocumented immigrants, even those without criminal charges, which created a rise in arrests by 30% for that year. However, since then, the number of arrests made by ICE authorities has declined below numbers from Obama’s first term, according to the Pew Research Center.

In his first term, Trump implemented restrictions for asylum-seekers under the Migrant Protection Protocols (MPP), more commonly known as “Remain in Mexico.” Through this, asylum-seeking immigrants are required to stay in Mexico, rather than being housed on U.S. territory during their pending case. Under previous administrations, asylum-seekers have awaited their court dates in the U.S. However, Trump enacted this power in efforts to mitigate the “abuses” of the system, according to a White House briefing in May of 2019.

Under this initiative, immigrants are being housed in Mexico, even if they are not previously from there. And, if they are, they are being sent to the land in which they are seeking asylum from.

In May 2019, Trump announced a new immigration proposal, straying from the more traditional route, as taken by his predecessors. This plan approaches the overall matter of immigration from a merit-based system, rather than family status.

According to the White House, the current system “favors random chance over the skills our economy needs.”

In his system, however, Trump says there will be a 57% overall number of immigrants accepted on the basis of skill or “merit,” rather than if there was previous chain migration within a family, leading them into the United States.

For more information on the two immigration policies: