OPINION: The truth about skateboarding 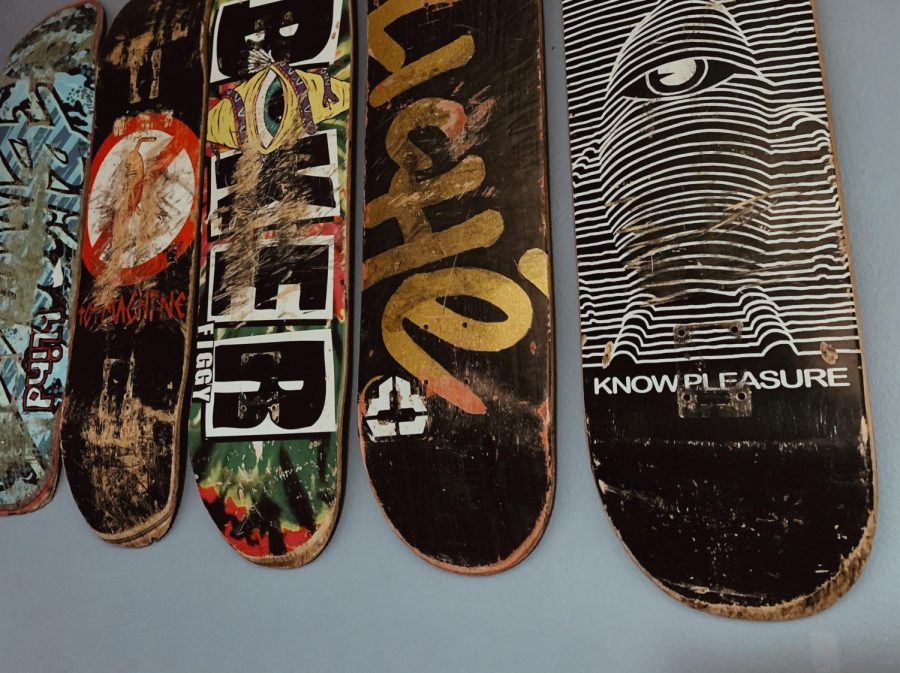 Apart from the man who was recently spotted listening to Fleetwood Mac and drinking cranberry juice, current headlines depict skateboarders as violent and associate them with the recent riots, however, skateboarding is a peaceful sport.

What started out as an idea born from surfing in the late 50’s, has now grown into one of the largest extreme sports and will even be featured as a new sport in the upcoming summer Olympics. The sport has dealt with its fair share of controversy and a surprising growth in popularity. I got in touch with two local skateboarders, Mackenzie (Mac) Evers, and David Ables-Lyons to get their insight on the sport.

“They think we’re a bunch of potheads and drugees,” said Evers. “But people actually skate to either workout, find a hobby, or if you’re feeling depressed you can go out and skate because you lose all train of thought, and you can just focus on skating.”

Ables-Lyons has a different perspective.“I think the media makes skateboarding look really cool these days,” he said, “I feel like at first it was very looked down upon, but not as much anymore.”

Most people tend to not see that skateboarding in and of itself is more than just a hobby or trend, and that there can actually be a deeper connection made through skateboarding.

“Life lessons taught and learned,” Evers said. “Some people think just because you’re a skateboarder you just smoke weed and do all of that stuff, but you also meet new people and have good experiences as well as bad, but even the bad experiences turn out to be good later in life. It’s an outlet to get away from your problems, and it can also be a great way to take on a new hobby and become more active, and it’s nice because you can skate at your own pace.”

Evers stressed the importance of skateboarding being used in his life as an outlet, and how in difficult times skateboarding can be used as a healthy way to ease the stress of daily life.

Ables-Lyons stressed the use of skateboarding as an outlet and a stress reliever.

“I think it’s a lot more than what people make it out to be, because it’s more than just the look,” Ables-Lyons said, “If I’m having a hard time or a bad day I just go and skate because every time I skate I have a good time and my mind is able to reset and I have a different view of everything. It’s almost like a coping mechanism sometimes.”

No matter what side of the fence you fall on, skateboarding is more than a fashion statement, and it’s more than kids trying to break the rules and act like vagrants. There will always be those in a large scene that tend to stick out and ruin the image for everyone, but it’s important not to create stereotypes for someone the entire population of those who call themselves “skateboarders.”

For those of you that have thought about starting to skate, Evers had some simple advice: “Skate. Go for it. Give it your all,” Evers said.

Ables-Lyons added that skateboarding is a learning process like anything else.

“No matter how many times you fall just get back up and keep trying,” Ables-Lyons said. “It’s gonna suck at first, but everyone has fallen, even the pros. Just push through it and give it your all.”