The Light at the End of The Catwalk 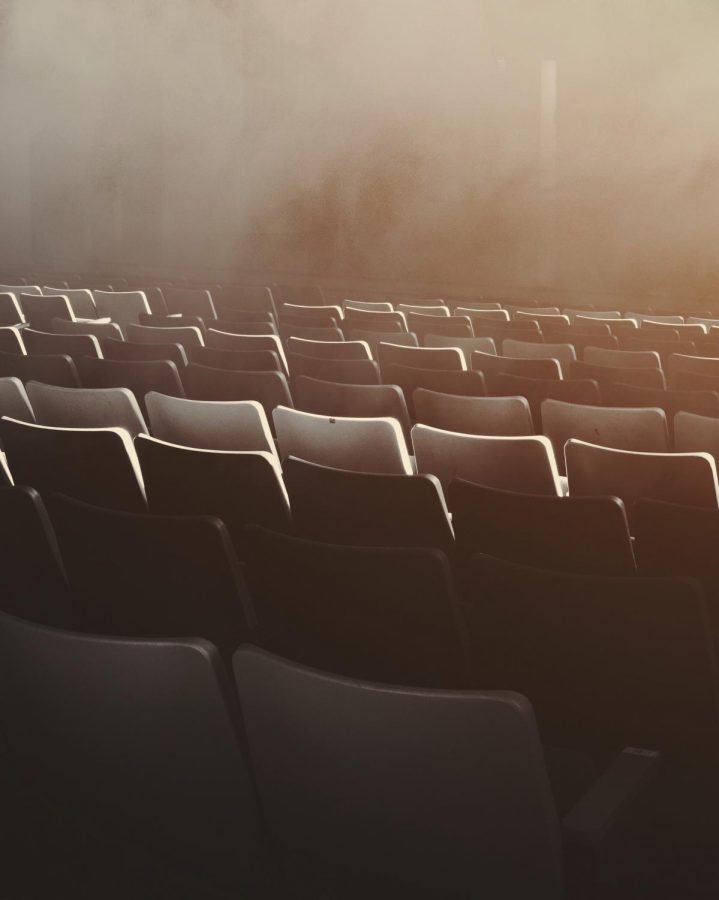 After the unfortunate arrival of the pandemic at the beginning of the year 2020, educational and non educational theater productions around the country were forced to close their curtains indefinitely. While this left many young hearts broken and grieving for their passions  (including mine), it incited a snowball effect of modifications and improvements to the way that theater was to be viewed as a whole. The pandemic has caused theaters to reinvent and relearn what it means to be a thespian.

Metea Valley High School (MVHS) was forced to stop production of the musical Titanic after weeks of rehearsal. Nobody could have predicted that everything would come to a permanent halt or that countless hours of love and excitement for their work would be crushed with no closure.

MVHS Theater Program Director, Nathan Bramstedt, said, “That was really devastating. We kept waiting- maybe we’ll come back in April, May, June… The longer we waited the more we realized this is not gonna happen.” The wave of loss trampled staff, and students alike. Play Director/ Drama Club Sponsor Matthew Wolski described it as a “year in mourning”.

“What we didn’t realize is that it would continue into the next school year…” said Branstedt.

People’s fears came to fruition when the closures caused by the pandemic continued into the fall. Teachers and production management everywhere rose to action and began planning for the next step. It required thinking outside the box and sacrificing aspects that could have otherwise been done in person. The ideas they came up with might have just made an impact on theater’s present and future after the pandemic. Wolski talked about the hectic summer for the coordinators at MVHS. He and the rest of the drama staff at Metea spent countless hours brainstorming, waiting and planning a way to keep the craft alive for the students in the upcoming year. “If we get approval to get on the stage this is what we could do… If we only were allowed limited numbers on the stage this is how we can cast this… Now if neither are options this is how we are going to have to set up…” Eventually Metea chose an even more innovative route, and is doing a radio show as their fall play.

Technology is the resource schools are using to acclimate to the new circumstances. From there a plethora of other possibilities appeared. They have as of now done club meetings, table reads, and a comedy show all through zoom. Teachers found a way to connect with their students even though the pandemic still has a hold on in person meeting. This is a reflection of the wider world today. Marymount Manhattan College student Elena Karnezis is now at her home in Mokena meeting online for her school in New York, which she had to leave. Online theater schooling hasn’t been as easy for her to adapt to. “Theater is all about knowing your body and utilizing it as your tool,” said Karnezis. Dancing in front of a zoom class, singing and being critiqued in front of a screen are constant reminders that the future of the only career she sees for herself is uncertain and unconfirmed.

These establishments haven’t been the only ones to make tremendous changes for theater.  Countless other drama schools and productions are adapting to the alternative media. Joliet Junior College student Brenden Delcorio tells of his school’s changes in the department, “My school recently did a production fully over zoom. From rehearsal to performance.” COD recently came out with our own online theater production: “The Laramie Project: Ten Years Later”. It was a live stream that functioned like a regular show in terms of tickets and show time. The difference stood in the fact that it took place over the internet. You were even given the option to Airplay or Cast the stream to you television. Another way we kept people invested was by holding open Zoom discussions with the cast of the show.

Not every production agreed on being digital though. Professional actress Kathleen Fox has done a full production of Legally Blonde The Musical with social distancing and wearing masks. “We started out rehearsing the songs in chairs that were ten feet away from each other. By the time it came to blocking we were together on stage, but wearing masks at all times. It was also like that for the shows. The only times we were not wearing then was for a solo or one person monologues. This made us work even harder since we had to still portray emotions with our faces covered. That definitely was one of the biggest challenges,” said Fox.

Overall, these are times of hardship and growth for thespians across the world. Everybody mourned their craft. Everybody felt the stress, anxiety, and fear of seeing something they love go dark in an instant. But they have stood back up, and allowed themselves to be visionaries. They have reinvented what could possibly be a new branch of digital theater. They have cheated the pandemic by knowing themselves and their body, and utilizing proper precautions. When something you hold so close to your heart starts to slip away you have to hold on tighter, and nothing is a better example than this show of resilience in the theater community today.