How you ended up with too much stuff and how to fix it. 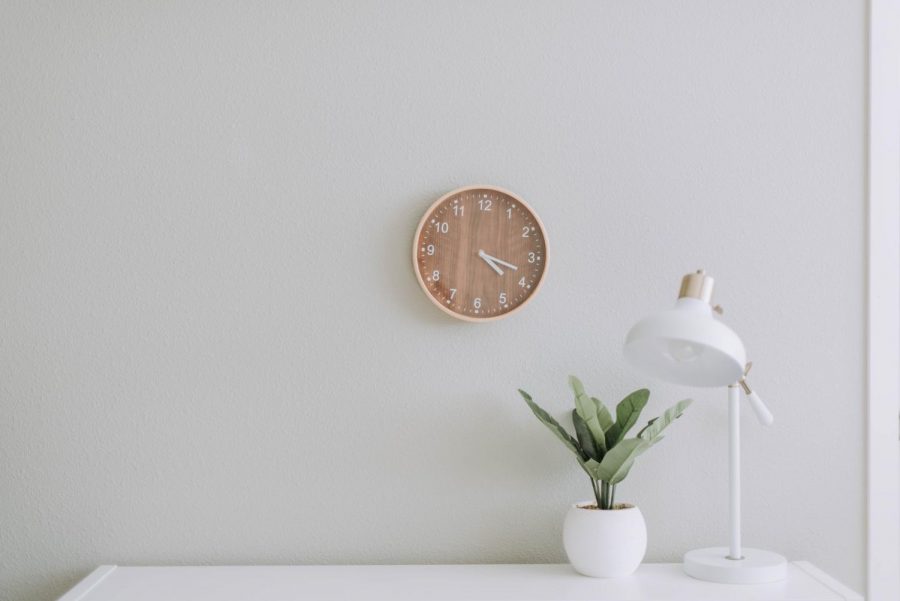 After nearly a year of being cooped up in our houses, and with the vaccination being distributed, now is the perfect time to start cleaning your home. However, what is the best way to clean so things stay clean?

Minimalism or ‘Minginmalism’ originated in China during the early Ming Dynasty (10th to 13th century). During this time living with balanced aesthetics and intellectual pursuits were valued over material enrichment. So began the concept of Feng Shui, making sure the order of a room and building creates the desired energy flow. According to this concept, one misplaced object creates an unwanted mess, both materially and emotionally.

Netflix’s Documentary, “The Minimalists: Less Is Now,” shares how the accumulation of stuff became popular.

Executive Director of Greenpeace USA Annie Leonard tells viewers, “Corporations and the drive for corporate profit are absolutely behind the addiction to stuff that we have in this country. Corporations structured in this country need to keep growing. A corporation is primarily committed to its shareholders and keeps delivering increased revenue, which is the foundation of capitalism, growth.”

Nearly 70% of digital ad spending goes through just Google, Amazon, and Facebook. These institutions have artificial monopolies and even the manipulation of our interests.

The author of “Total Money Makeover,” Dave Ramsey, shares, “Marketers are clever in their ability to manipulate the mind. Their ability to create a need or perceived need out of something that was wanted is apparent. We live in the most advertised-to culture in the history of the world. Hundreds of millions of dollars on advertising telling us we need this, and it affects (us).”

Over $5 billion was spent on advertising in the United States during the 1950s. Now companies spend $240 billion a year today.

People unconsciously give reverence to the stuff they desire to buy. If we have the mentality and say to ourselves, “If I just had that car, phone, house, or more, then I would be happy.” This mentality even becomes a spiritual matter because it competes with the things that matter.

Although the Bible talks about the LORD giving blessings by giving many things like family, homes, and businesses. President Cristina Rossier shares that the Bible also says about giving thanks for what we already have.

Melchizedek Bible Study Club President Cristina Rossier shares her solution stating, “There are many teachings in the Bible about being thankful. Studying the Bible answers many questions bringing positivity to my life. For example, I now realize the value of just being grateful for what I have now. Since then, I made minimalism a habit by regarding the things I already have as important by giving thanks to perspective. I encourage anybody to contact me if anyone is interested in studying the Bible in-depth.”

The feeling, ‘I will not be adequate if I do not have this,’ is unhealthy.

We should not misplace our desire for belonging and satisfaction by buying more and not being grateful for what we already have.

Instead of waiting for another January to start a New Year’s resolution or waiting for the spring cleaning, now is the time to start.

COD student, Rachel Walker, even shared her experience after starting the habit of minimalism, “I ended up volunteering at a group called ASEZ (Save the Earth from A to Z). Most of the activities we do involve reducing crime by reducing clutter in neighborhoods. After practicing minimalism I want to continue that vision on the rest of the world and inspiring others to simplify their life as well. It just makes sense to clean the world.”

The minimalist lifestyle is all about living with less in your homes. Not only the concept encourages owning fewer possessions, a person’s mentality changes by having less stress over small things in life. A clutterless existence is far happier than those obsessed with possessions over more substantial priorities, such as quality time and relationships by helping others.

Similar to the minimalist lifestyle, ASEZ aims to bring about changes in people’s behaviors and build a society where everyone protects each other from crime starting with cleaning around their homes and working towards buildings and parks. They organize and conduct activities for students to work with other local university students. Additionally, carry out crime-free and clean up school campaigns to help younger students cultivate a sense of value in global ethics rights and duties. Doing so can put the mindset of simple living into practice as they continue to grow.

Society needs a booming economy. An aspiration to sell products for a living is acceptable. However, people should not lose sight of how shopping habits can become compulsive.

For those who do not know me, I am an owner of seven cats, a student, a full-time worker, a position holder, and a cardio junkie. In other words, I am VERY busy. I have been sharing minimalism since I was sixteen. Growing up, I could not keep up with trends nor did I have the money to fund a glamorous lifestyle. Even now, I only made enough money to get by. Yet I became this natural organizer that thrives on creating systems. I realize a lot of my gratitude to my family, country, and the many people in my life started off because of the concept of Minimalism. I want those who are struggling to see the benefits as well. Nothing makes me happier than to see a community being united and the first step is to clean our homes to have a clear mindset.

Another month of the saying, ‘New Year, new me,’ has passed. It is February. Now what? There is no way around the fact your space is still a mess. Living a minimalist lifestyle is the best style to keep up with your clutter.