How to improve your speaking ability. 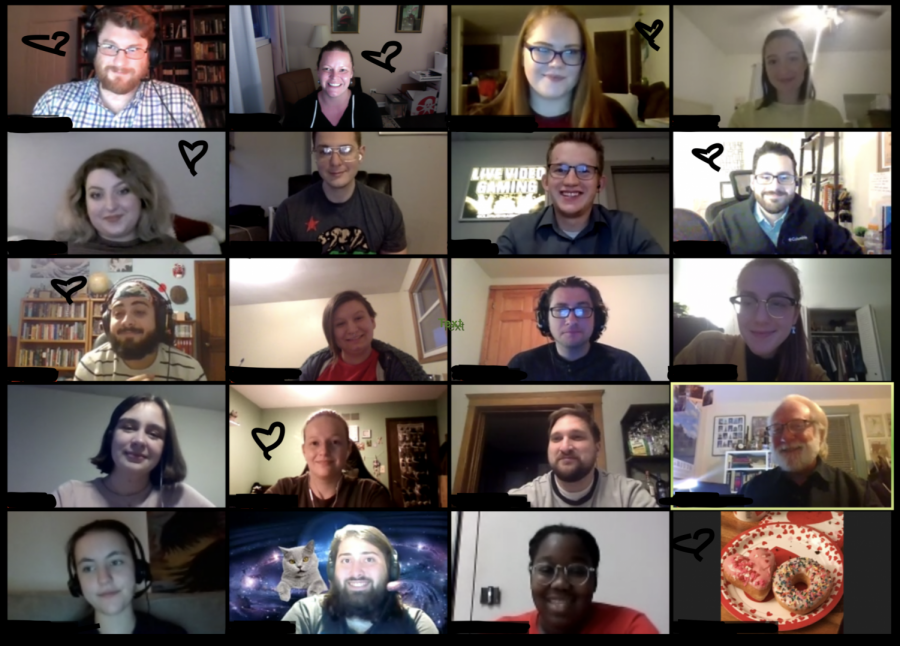 In America, public speaking is the No. 1 fear;  people would rather be in a casket than give the eulogy. However, public speaking is a very important skill. Being able to convey one’s thoughts in an informative and meaningful manner is a good way to succeed no matter what profession you choose or how your life ends up. Being able to talk to one person or 100 with confidence and certainty can take anyone far.

COD students can improve their speaking ability through the speech and debate team, also known as forensics. This club has been at COD for a very long time. The members of it over the years have won hundreds of awards on both the individual level to the team as a whole, yet not a lot of people are aware the club even exists or how to join it.

Kacy Abeln-Stevens, the director of forensics at COD, said joining is a chance to experience where public speaking takes on a sport-like aspect.

“Speech and debate is a competitive team at the college where students prepare speeches and performances and compete against other college students with those same performances,” Abeln-Steven said.  “Think of it as competitive public speaking.”

As a member of the forensics team you take part in something bigger than yourself. Similar to other team-based activities you are not only competing for yourself but also your fellow teammates. However, unlike other activities like football or basketball, one does not need to have any hand-eye coordination or any athletics ability. People just need to be able to talk and have the willingness to use your voice to convey a message you believe is important.

A lot of people have a preconceived notion about the individuals who do forensics. That the activity is filled with extroverts who enjoy talking and are very cliquish. However, that isn’t necessarily the case. A lot of people who join the forensics team at COD are introverts or shy people who want to get better at communicating. A lot of people who join have a specific message they wish to share with people. And a lot tend to want to do an activity that will boost not only your confidence in your communication skills but also your confidence in yourself.

Forensics is an incredibly inclusive community. No matter what you want to do or talk about there is a niche for it, and the coaches will help you expand upon your ideas and make them viable. They will help you find your voice, and they will share it with hundreds of people. Mix that in with an incredibly supportive team, and alumni who will come back to the team years after they have graduated in order to help the next generation of speakers and debaters, and you have a recipe for not only a fun time but one of the most supportive club activities you can ever be a part of.

Currently, the COVID-19 pandemic has forced the forensic teams across the nation to transition to an online format for debates and speeches. Now this task may seem daunting to some, but the college’s forensics team has risen to face this new hurdle.

“I am really proud of the speech and debate students,” Abeln-Stevens said. “They are willing to try a virtual environment. Public speaking is traditionally you standing up in front of a live audience giving you immediate feedback. The concept of your now doing a speech that is streaming on live video to an audience that you can’t see is changing the nature of what public speech is.”

Ablen-Stevens said public speaking was already going that route thanks to the rise of YouTube influencers and other predominant people on online platforms who don’t directly talk to their audience but still have an impact. This pandemic has only accelerated that process.

Now the forensics team is adapting rather quickly to a new way of public speaking. How does one captivate an audience they aren’t in front of? How does one use body language and facial expressions to help show emotions if people aren’t in front of you to see it? These are the news issues, and this is what the COD forensics team is starting to master for their new competitive season.

It is not too late to join the team, however, since the pandemic reduced a lot of the requirements the club had before the outbreak. Meaning now is a better time than ever to join the team and see what they are about and how they can help you.

If you are interested, send Kacy Abeln-Stevens an email at [email protected] and see what your voice can do.