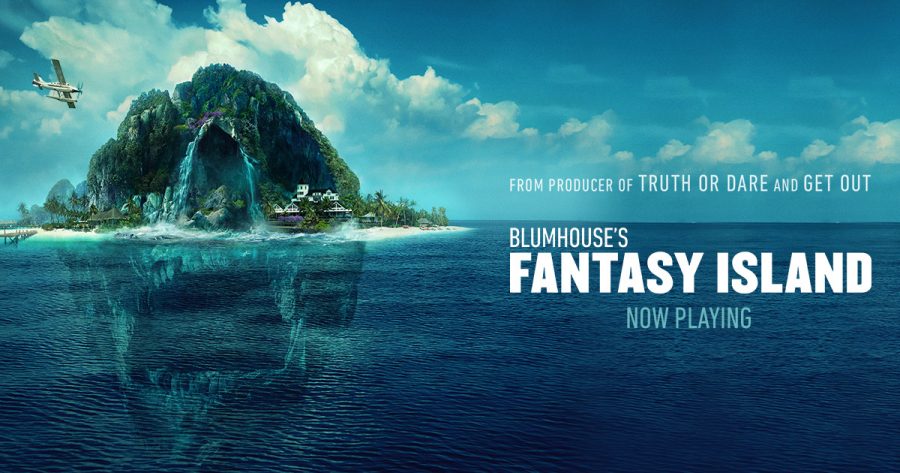 “Fantasy Island”, the 1978 TV show created by Gene Levitt, has come to the big screen. The television show followed Mr. Roarke as he somehow made the guests’ fantasies come true. Blumhouse Productions’ “Fantasy Island”  is based on the television series and, just like the TV show, things never go as expected. This time there is a lot more blood shed.

The enigmatic Mr. Roarke invites guests to the remote, tropical island that grants your fantasies to come true. The fantasies include: revenge on a childhood bully, live the high-life, get the one that got away and be a hero. Mr. Roarke informs the guests of the island’s rules.

“One is that there’s only one fantasy per guest,” he says. “The second is that all guests must see all fantasies through until their natural conclusion, no matter what.”

With so many main characters, the narrative is fractured and can be hard to follow. The film will follow a character like Melanie (Lucy Hale) before switching to Gwen (Maggie Q) and then will switch to Patrick (Austin Stowell). So much time passes between each of the characters that it makes the plotline hard to follow. By the time you get back to the first character, you forgot how much tension had been built up.

Blumhouse specializes in low-budget horror movies like “Get Out,” “Split” and “Happy Death Day.” Director Jeff Wadlow decided to ditch the typical jump scares and used a science-fiction approach. Even with the new approach, the film is dull. The movie tries to be clever with the twists, but it is rather predictable. By casting Ryan Hansen and Jimmy O. Yang as brothers “Fantasy Island” tries to add comedic relief. The childish actions and personality of the characters are more irritable than comedic. The brothers’ fantasy is to live the high life and in one scene they dress in the same custom suit and then decide to abuse some of the power that they are given.

The film has many scenes and ideas that didn’t seem to fit with the rest of the story. I was left with lots of questions and overall confusion. “Fantasy Island” — 2/5