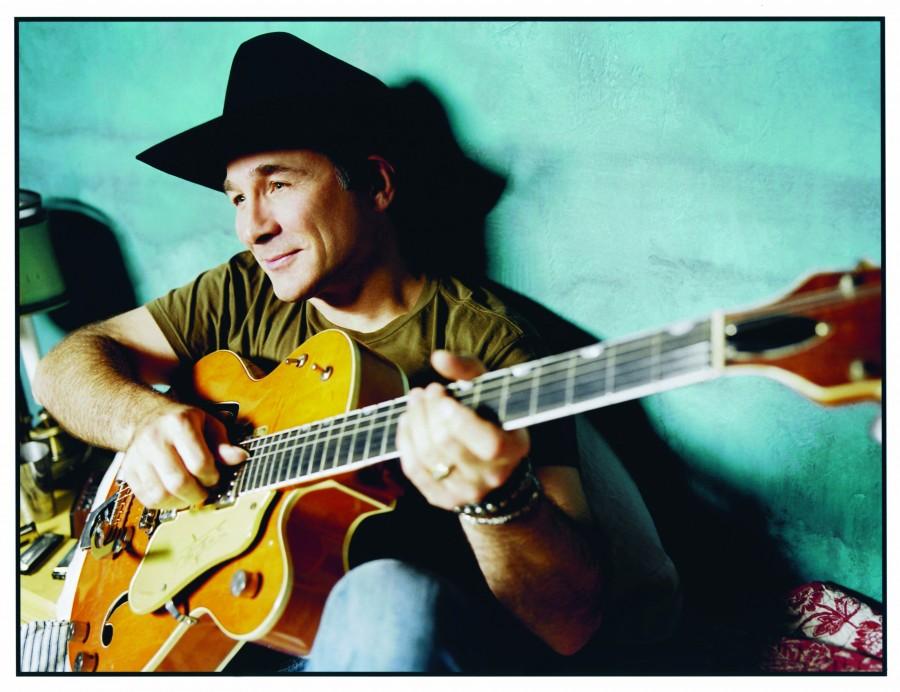 Country music legend Clink Black took the MAC stage on Dec. 12 to showcase a set of his original compositions. A mix of songs from his previous albums were combined with a few of his own Christmas songs to set the scene for Christmastime at the College of DuPage.

In the hour leading up to the show, the MAC lobby was filled wall to wall with people, proving that Black had attracted one of the biggest crowds seen this season. Immediately upon entering the building, attendees could feel a plethora of enthusiasm filling the room.

Charles Cook, a long time fan of Black, counted the night as his 4th time seeing the country singer live. Unlike many other attendees, Cook had previously heard Black perform his Christmas songs, and had a solidified expectation for the show. “He always puts on a good show,” said Cook. “I’m expecting nothing but the best; he hasn’t disappointed yet.”

When entering the auditorium, concertgoers noticed that the stage was set with simple instrumentals; just a few guitars, a keyboard, a bass and a drum set. Black soon walked out, just briefly announced, with an acoustic guitar in hand. He proceeded to play his first few songs completely acoustically.

While Black’s vocals were top notch throughout his set, as were his intricate guitar skills, what made the show personal was Black’s commentary in between songs and his relatable sense of humor. Black poked fun at the audience, at one point even saying it’s Chicagoans who have the funny accents, maybe because our mouths are frozen shut half of the year.

Black’s jokes received nearly as much applause as his songs; throughout the show, the audience could not go a full five minutes without rapid applause and hollers. It was easily one of the most active crowds the MAC has seen this season. Black proved to be entertaining not only with his musical gift, but also in the way that he made every audience member feel as if he was a long lost friend.

After her first time seeing him live, long-time Black fan, Kelly Weaver, was ecstatic about the excellence of the performance. “He can still hit the high notes,” said Weaver. “Comparing other performers there’s lots of back up singers, but hearing this, he’s still got it.” Weaver believes that Black would easily be able to sell out a venue twice the size of the MAC, even though his songs aren’t as mainstream today as they once were.

All in all, the performance left MAC guests smiling ear to ear. The standing ovation Black received and the loud cheers for an encore spoke for the audience, and implied that the act will not soon be forgotten.