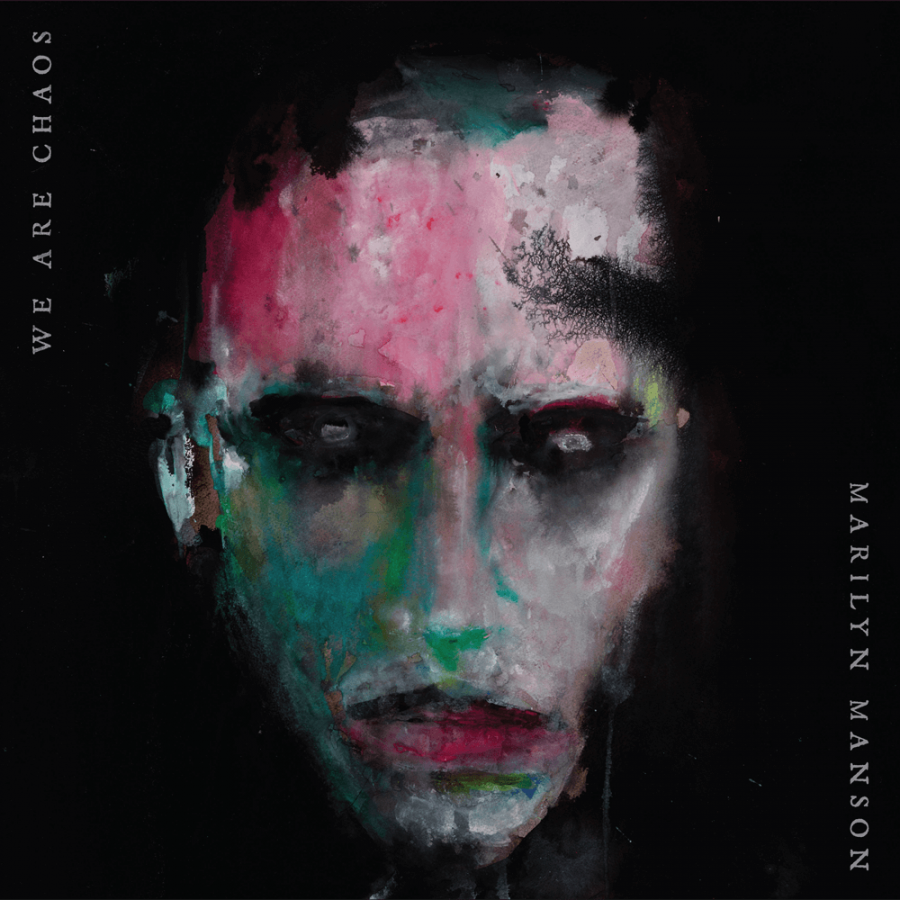 Many who hear the name Marilyn Manson think of the rockstar who created controversy in the world of music. His onstage antics from wiping his ass with the American flag to tearing pages out of the Bible brought him instant dissatisfaction among parents but caused him to gain many adoring fans.

In the late 90s, Manson was the king of shock rock, which refers to a style of rock meant to scare and push the boundaries of human excitement and satisfaction. Alice Cooper, Iron Maiden, GG Allin, etc., these artists are all examples of shock rock as they enhance thrill and surprise within their art. Manson, in my opinion, tops the list, especially during the 90s. Parents, politicians, religious leaders were all after him for his music and the messages of rebelling against the traditionalized American systems.

Now Manson is back with a new album, “We Are Chaos.” But it’s not the Manson of the 90s we hear. While still dark, the new album, sounds more like a mature rebellion. It’s articulate and artful. Manson has stepped away from his crazy antics. He sounds older. No longer do we hear mockery about religion and its values but rather a refined interpretation of death and humanity.

It’s a definite change from the widely disapproved and opinionated previous album, “Heaven Upside Down.” This album was not critically acclaimed and was seen as mediocre compared to his albums in the past. I would agree. But there was one single I particularly liked.

The song “Kill 4 Me” had a different tone. It’s very melodic and dark, contributing to Manson’s character. But it’s also not too heavy or too poppy, despite having more of a pop-like sound. The lyrics still fit the darkness of Manson’s persona.

“We Are Chaos” is a different Manson. It makes sense in the hardships that this year has held but also the darkness that can lie within a person in everyday society.  This album is darker and more emotional than “Heaven Upside Down.” It recalls Manson’s early personality but with a newer, more modern-sounding album.

The album was released on Sept. 11, a day that changed our country forever. Prior to COVID-19, it’s also really the last time we experienced an event with such a negative impact to the whole country. The timing of the release is not a coincidence. That event reset the country. And this album feels like a reset for Manson.

Much of his work in the mid-to-late 2000’s proved to be a misstep and a drift away from the Manson presented in the 90s. Sure, the guy is getting much older and doesn’t have the hyperactive, cocaine-induced energy as he once did in his youth, but the music started to become something different than it once was. It related more to the goth scene rather than metal, and too many elements of pop were added to his work following the widely controversial and rebellious album, “Holy Wood, In the Shadow of the Valley of Death.” “We Are Chaos,” breaks that trend.

Much of the album deals with dark subject matter, mainly relating to death and darkness residing in the everyday human. ‘’Solve Coagula’’ opens with:

These lyrics are haunting and gruesome in nature but also relate to Manson,s image of darkness and unrelenting fear. That’s the Manson of the 90s. He uses these gruesome lyrics to connect with an audience that has dealt with inner pain that goes beyond and deeper than a gruesome physical injury. The song touches on an unknown individual who is broken and does not want to be fixed.

This could be talking about Manson himself, an addict, an insecure individual or anybody. It’s one of several tracks off the album that dive into that type of subject matter that fans have come to appreciate and value throughout his successful career as a valued musician.

The song “Don’t Chase the Dead” has a chorus of, ‘’Don’t chase the dead, or they’ll end up chasing you.” It’s a key example relating to the idea of actions having consequences. The choices you make involve the hurting and dissipation of one’s body. Death is sure to find you. If you chase after death, (substance abuse, drunk driving, hurting or killing others) it’ll end up chasing you.

The song ‘’Keep My Head Together’’ contains a line that stuck with me: “Don’t try changing someone else; you’ll just end up changing yourself.’’ I I have had great insecurities relating to my life as I have been a truly non-confrontational person. But I’ve found a nice-guy attitude makes you a target for people who enjoy inflicting harm on others. In the past, I was taken advantage of because of my nice personality and ability to do well in school. I always hated myself for never standing up to people. Yet, I listen to this song and feel like I shouldn’t change who I am just for the satisfaction of others. They should be willing to accept me as my own person. I think this line gives confidence to those struggling with deep insecurities.

The last track, ‘’Broken Needle’’ contains lyrics that reflect Manson’s fear of one day being damaged and being forgotten by society. The song relates to Manson as a needle used to play vinyl records:

Manson understands that he is getting older, and the lyrics reflect a worry that people will put him away and forget his impact within the world of music. Manson not only deals with his personal fears but the emotions related to the current status our world finds itself in.

Who can forget the songs “ The Beautiful People” “Lunchbox” or even ones of his most famous pieces a cover to the Eurythmics song “Sweet Dreams (Are Made of This), which became a hit during the MTV Music Video era with its haunting imagery that attracted children and angered parents? Manson’s new album proves he still has much to show the world of music.

But the new album is not his best work. Many of the songs are great with sound and presentation, but the album itself feels short and a lot of the tracks require several listens to understand what’s being said because of their extremely fast pace. The album feels too short to create the usual emotional impact of a Manson album.

Still, “We Are Chaos” brings about a great change from Manson’s last installment, and it’s a change for the better. The album dives deep into messages of death, violence and the confusing destruction amongst humans. And that strikes exactly the right tone for this past year as the world has turned upside down due to death, sickness, violence, aggression and frustration with the issues of not only our country, but our world.