University Should be Affordable for All Students 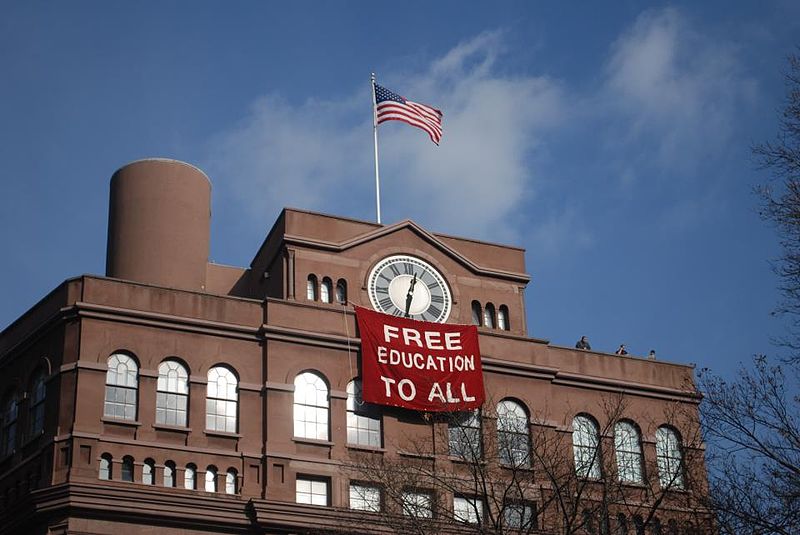 Free college is becoming a reality for many as these schools recently announced that students whose families earn less than $61,000 and $65,000 a year respectively will be able to attend tuition-free starting in fall 2019.

This decision gives more students the opportunity to attend top-ranked universities, but students whose families earn more than the salary cap, but still not enough to afford these schools, are still at a disadvantage.

If these students are to have any hope of attending these prestigious schools, they’ll have to take out student loans with soaring interest rates. At 5.05% for the 2018-2019 school year, that just isn’t worth it to a lot of students. So we’re still going to see a lot of students who won’t even bother applying to these schools because they know they can’t afford it.

Lowering interest rates on student loans will give all students a better chance of getting into the best colleges and universities. High-interest rates and low paying jobs make it impossible for students to afford these schools without some kind of financial help. Many students are therefore left in debt as soon as they leave college.

This should be a time when recent graduates are transitioning into the next phase of their lives. Too many college graduates must resort to moving back in with their parents because their student loans won’t allow them to afford anything else.

Colleges don’t need to be so expensive in the first place, and many colleges charge these impossible prices in order to maintain their prestige. The high prices of college tuition have proven to be detrimental to college enrollment.

The last 10 years have seen a 63% rise in American college tuition and fees according to the U.S Bureau of Labor Statistics. There’s also been a 1.3% decline in college enrollment in the past few years according to the National Student Clearinghouse, which tracks this statistic. The correlation between higher college tuition and lower college enrollment rates is difficult to ignore.

Several more colleges and universities across the country have already acknowledged the need to make higher education more affordable. New York University announced earlier this year it will offer free tuition to medical students, and many other schools have lowered their tuition. All schools should follow this example.

Providing free tuition to students from low-income families is an important step in accessing higher education. But more still needs to be done to promote equal opportunity for everyone. As Rice University President David Leebron said, “Talent deserves opportunity.” That same opportunity must be extended to students from all backgrounds, not just the two extremes.