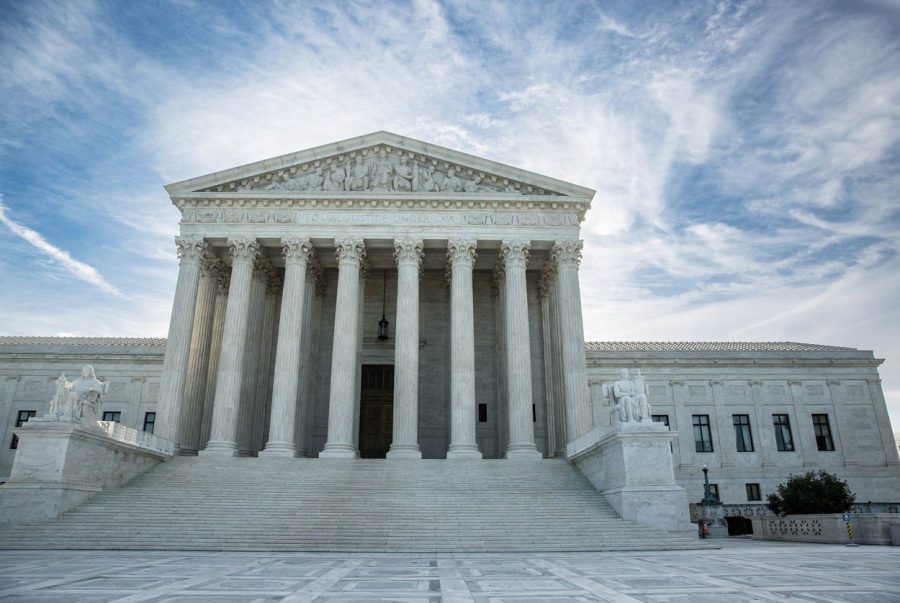 Shelby Knowles for The Texas Tribune

Seven months after an undocumented teenager under federal custody in Texas got an abortion over the objections of the state of Texas and the Trump administration, the U.S. Supreme Court vacated a lower court order that cleared the way for the procedure. But the high court did not address some legal questions at the heart of the case.

The federal government complained that it had been misled about the timeline for “Jane Doe’s” abortion, which prevented them from appealing to the U.S. Supreme Court in time to block the procedure from happening. In a five-page order Monday, the Supreme Court vacated the lower court order allowing the abortion, but said it did so because the issue had become “moot” since the teenager’s pregnancy has already been terminated.

In the early stages of the case last fall, the federal government had argued that it was not obligated to release an undocumented minor in its custody for an abortion. The high court’s order Monday did not address that question. Instead, the justices said it is their “established practice” to vacate orders when when the issues prompting them have become moot.

Somewhat unusually, the government also asked that the high court sanction Doe’s lawyers for “what appear to be material misrepresentations and omissions to the government designed to thwart this Court’s review.” Texas Attorney General Ken Paxton — who had weighed in on the case several times with friend-of-the-court briefs —  called out Doe’s lawyers for “[misleading] the Department of Justice in order to carry out this heinous act against an innocent unborn life.”

The justices did not sanction lawyers for the teenager in their Monday order.

“On the one hand, all attorneys must remain aware of the principle that zealous advocacy does not displace their obligations as officers of the court. Especially in fast-paced, emergency proceedings like those at issue here, it is critical that lawyers and courts alike be able to rely on one another’s representations,” the court wrote. “On the other hand, lawyers also have ethical obligations to their clients and not all communication breakdowns constitute misconduct.”

Doe’s case first emerged last fall when the teenager was blocked from leaving a federally-run Brownsville shelter to have an abortion, even though she had received legal authorization for the procedure at the end of September. The federally-run shelter refused to transport the 17-year-old for her abortion or to release her to her court-appointed guardians so that they could take her.

Instead, she was forced to go to a crisis pregnancy center, where women are dissuaded from having abortions. The federal government argued through the ensuing month-long legal battle that it is not required to facilitate an abortion for a minor in its custody and that Doe could seek the procedure by returning to her home country.

The American Civil Liberties Union took up Doe’s case, which eventually wound its way to the U.S. Court of Appeals for the D.C. Circuit. A three-judge panel on that court originally ruled Oct. 24 that she could not immediately have the abortion, but the full court reversed that decision four days later, clearing the way for the procedure. The next morning, Doe terminated her pregnancy.

About a week later, the federal government asked the Supreme Court to invalidate that ruling so that it would no longer serve as legal precedent. Brigitte Amiri, lawyer for the ACLU, told The Texas Tribune in October that there are several hundred undocumented pregnant teenagers in federal custody, though it’s not clear how many of them are seeking abortions.

In that petition, the Department of Justice argued that Doe’s attorneys had misled them about the timeline for her abortion, preventing them from appealing to the Supreme Court to prevent the procedure from happening.

Throughout the legal battle, time was a critical factor. As of Oct. 24, Doe was 15 weeks pregnant; Texas law does not allow abortions after 20 weeks.

ACLU Legal Director David Cole told The Texas Tribune last year that Doe attorneys were “authorized under the court order to obtain an abortion for her as soon as lawfully possible.”

Paxton praised the order Monday, saying the high court “made the right decision” to vacate the lower court’s ruling.

“The previous ruling not only cost a life, but could have paved the way for extending American citizens’ rights to all unlawfully-present aliens with no substantial connection to this country,” he said in a statement. “Texas will not become a sanctuary state for abortions, and will continue the fight to protect and promote fetal life.”

This article originally appeared in The Texas Tribune at https://www.texastribune.org/2018/06/04/us-supreme-court-rules-abortion-undocumented-teenager-texas/.

The Texas Tribune is a nonprofit, nonpartisan media organization that informs Texans — and engages with them — about public policy, politics, government and statewide issues.