Nothing to die for (Put my miracles on ice) 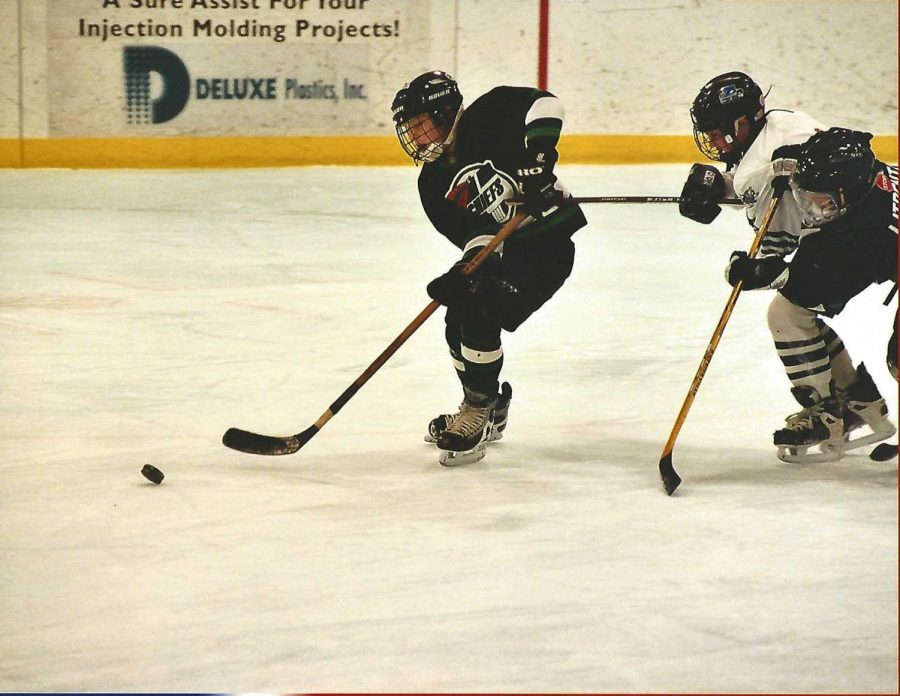 You almost forget to feel the pain. Almost.

A dash of silver, a flash of gold.

Reverberations, “It could never happen to me,” echo throughout my paling frame.

The warmth sizzles as it hits the ice. Life seeping out, searching for crimson puddles amassing beneath my trembling body. My life paints the ice.

A crimson stain lofts into the air and pervades my sight. Suddenly exhausted, I skate to the bench and sit for a cool drink of water.

Wait, I forgot my stick out there. I hope Christmas comes soon; what was the name of my first dog; Dad, get the net I caught another one.

“I can see inside his neck,” screamed the hazy shadow on my left.

It’s funny how people say they always favoured a safety precaution, when they clearly always pushed against it. Why change? Live by the sword…

Over muffled cries, I’m told how I was tripped, and fell. A high, errant skate blade lifted into me, opening up my throat to give my jugular vein a kiss. Steel ripping into flesh. No neck protection.

It’s amazing what the eyes see when they rage against the dying of the light.

Faces materialize. Shadows whirling, they lie me on a bench in the lobby. Bracing bandages against my throat to prevent my vitality from escaping. Sounds echo. Colours burn. Memories burn brighter. My brain is starving.

I make jokes trying to calm everyone around me. I want my parents last memory of me to be a happy one.

A promise. A prayer. A whiter shade of pale.

Lost somewhere in the gyre. Shiloh! That was my dog’s name.

Neck guards were never cool to wear. We weren’t required to wear them. Who could have ever imagined?

You wouldn’t believe the sound people make when they try to act composed and choke back tears. Sixteen minutes until the ambulance arrives. Conductor, cue the orchestra. A soundtrack to a miracle on ice. Stifling out my solemn soliloquy.

A pulsating warmth overtakes me. A vibrating easiness. My serenity is shattered as Ambulance 22 roars into view. The doors of Center Ice, in Glen Ellyn, swing open. I hand my life over to the paramedics, and they ferry me to Glen Oaks Hospital across town.

There is a general reluctance against players, coaches and parents to evolve safety precautions to adequately protect our children. There is hesitation amongst the ranks. Backlash and opposition against common-sense solutions to keep the vulnerable safe from harm.

According to a study by Safe Kids Worldwide, fewer than half of youth coaches say they have received certification on how to prevent and recognize sport injuries.

This ineptitude has facilitated a culture in which athletes feel pressure to play while injured and pressure to submit themselves to dangerous situations.

There are current debates surrounding what age to initiate youth football players into tackling, hockey players into checking and soccer players into heading balls.

There have been backlashes against mouthguards, chest protectors for pitchers, knee braces in volleyball, and helmets and facemasks for baseball and softball infielders.

Concussion protocol amongst coaching staffs and athletes has been pathetically abhorrent.

Youth athletes have been socially conditioned to favour bravery and toughness over common-sense behaviour. They push the limits of their bodies instead of letting them properly heal. This leads to a culture where the injured are viewed as weak.

Parents and coaches have failed teaching athletes the decisions they make as youths could have devastating long-term repercussions.

There has been a failure on all parts responsible.

A flash of gold as the paramedics removed the necklace tangled amongst my opened vein.

In the whirring cacophony of the ambulance, they have my feet elevated to maintain blood flow to my brain and heart.

It is then I find out my body’s extreme high-tolerance against the effects of painkiller medication.

You almost forget to feel the pain. Almost.

Clawing into the leather, trying to subdue my writhing, stitches the size of shoe-laces were sewn into my severed tissue and muscle. Faces of other doctors appear before me, compounding my confusion. All come to witness Dr. Patel’s innovative new suturing technique. Fourteen massive-width stitches both on the outside and inside of my neck, hold my life back together.

Drenched in sweat, tubes dangling out of me, submersed in an emergency room of utter exhaustion. The doctors conclude and leave the room. My pain medicine finally kicks in.

Ghost white, my first thought is, “When can I get back on the ice.”

Following the accident, the Chiefs Hockey Club made neck guards mandatory for all players. After intense deliberation, the Amateur Hockey Association of Illinois (AHAI), mandated all Illinois hockey players must don appropriate neck guard protection. I was playing with three organizations at the time, and there was reluctance by most players who deemed neck guards intrusive and difficult to breath and move in.

Players griped, parents romanticized a less liberal golden-age, but after months of opposition, neck guard protection became common practice across not only Illinois youth hockey, but all of the country. To the youths who wore the safety gear, fear of death by blade became outdated.

In the end, it wouldn’t be a four-inch deep gash to my neck that would kill me. It would be excessive concussions.

Do you believe in miracles?

No. Neither do I. Just blind-luck.

Is blind-luck enough to keep your children safe?