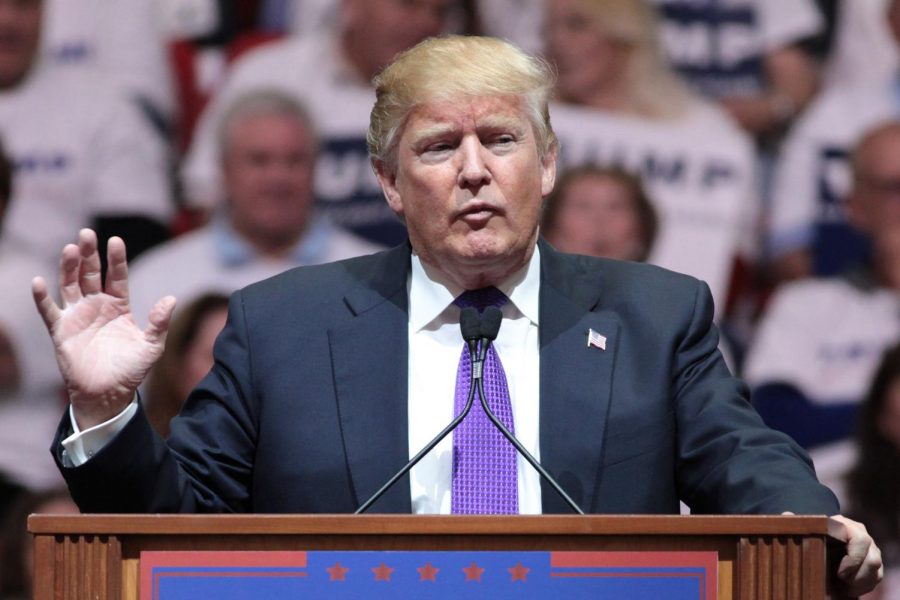 The president told a story about a classmate of his while in high school who “wasn’t like the greatest student,” and had learned to “fix a car engine blindfolded” some years later. Presumably the classmate learned this skill by attending a vocational school.

He then went on to say, “You learn mechanical, you learn bricklaying and carpentry and all of these things. We don’t have that very much anymore. And I think the word “vocational” is a much better word than in many cases a community college. A lot of people don’t know what a community college means or represents.”

In fact, a lot of people do know what community college means and represents. It’s simply not the same thing as a vocational school. That makes it impossible to interchange the names. Vocational schools exclusively offer programs geared towards technical skills. Community colleges offer a wide variety of programs and general education classes, including vocational courses. Especially here at the College of DuPage, the programs and classes are on par with academics one would be doing at most other four year colleges.

Many societies, including ours, have adopted quite an elitist perspective on tertiary institutions. Most of us can relate to being looked down on when we told our friends who’ve gone to four-year colleges we’d be going to College of DuPage.

Contrary to popular belief, community college isn’t just for people who are poised to become “bricklayers.” There’s nothing  wrong with such careers, and a separate conversation should certainly be had about the stigma surrounding them.

The fact still remains, there’s a lot of reasons people may choose to begin their tertiary education at a community college. Saving money is the most obvious.

The affordability of community college is especially a good thing when you consider many high school graduates have difficulty deciding what career path to take. Community college is an inexpensive way to get ‘gen ed’ classes you need while still trying to figure out your passion.

What’s more, College of DuPage happens to have excellent facilities comparable to many four-year colleges. Our professors are dedicated professionals in their respective fields. Many of the people standing at the front of our classes have taught at and are still teaching at four-year colleges across the country.

Vocational schools and community colleges are both invaluable facets of society. However, they both play different roles. It’s important we do not confuse the two. There isn’t only one way to pursue a successful and respected career. Community college gives people another option to pursue their academic dreams, and the students who attend them are dreamers, too.