Why the U.S. should decriminalize drugs 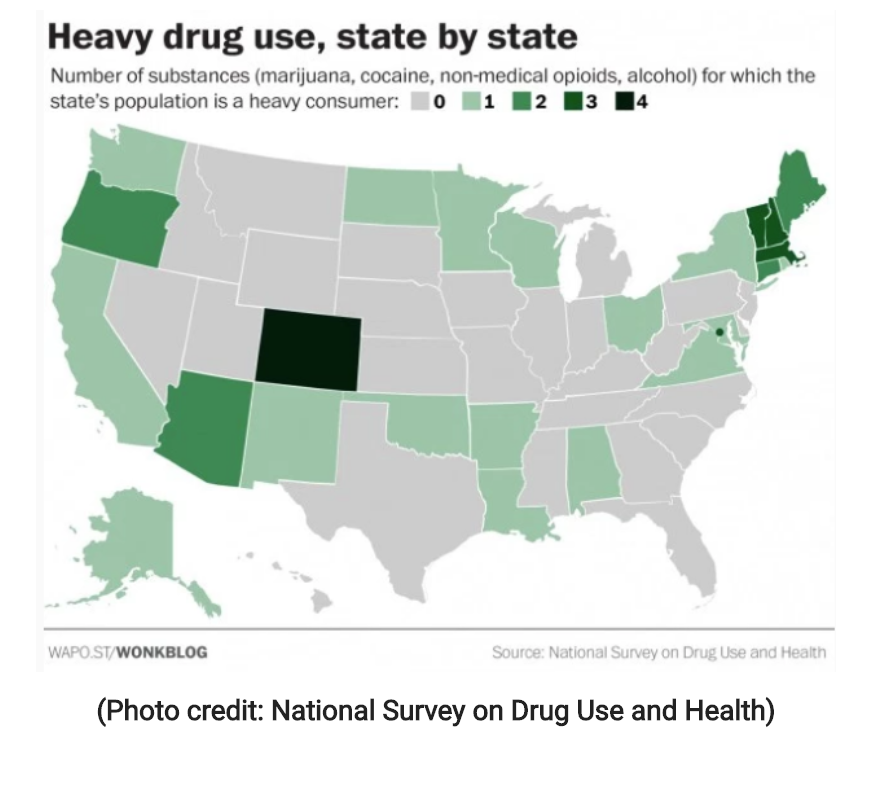 The United States is facing an opioid epidemic, and Colorado is no exception. According to a 2017 study by WalletHub, Colorado has the third worst drug problem in the nation. Now, the study links marijuana in with all illegal drugs, but the numbers are still worrisome. From 2012 to 2014, treatment admissions have tripled for the addictions of hydrocodone, oxycodone, methadone and fentanyl. Overdoses are up in almost every county, and Colorado has the highest rates of death by overdose of any state.

By every measure and instance, the war on drugs in America has been a complete and catastrophic failure. Being tough on people who use and sell drugs has filled America’s jails and prisons with non-violent criminals, and done very little to impact crime and addiction in any way. The answer must now be to decriminalize both the use and the possession of drugs.