Peace and the Chaps Stand Up Well to Pressure 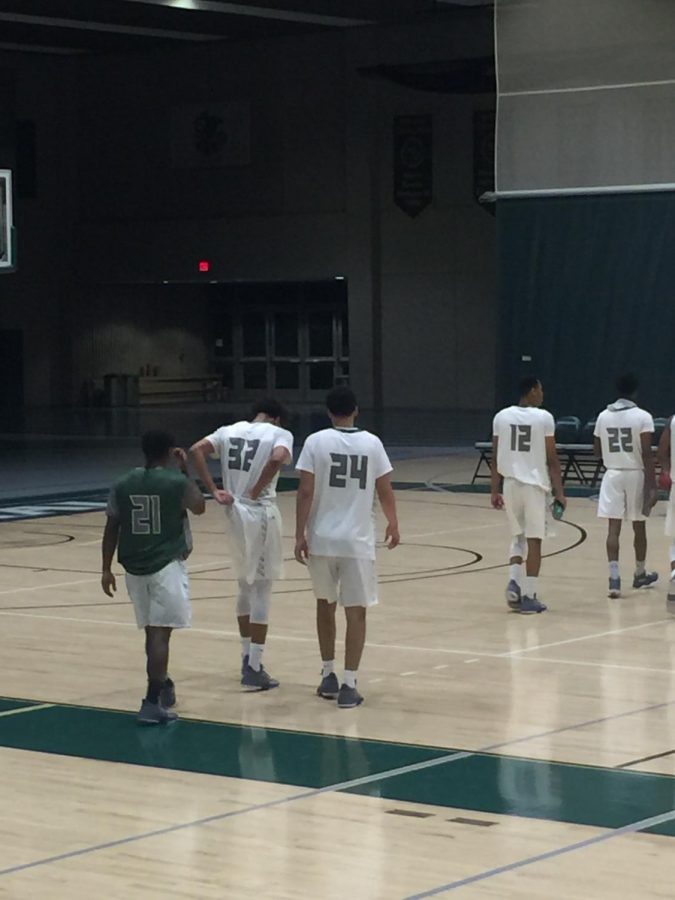 Looking for their first win of the season, the Chaparrals men’s basketball team faced a tough Kishwaukee team, looking to pester the DuPage guards. Full-court press right out of the gate is a very unorthodox tactic in basketball. However, Kishwaukee came out looking to create havoc in the DuPage back court. While the Chaps responded well early against the press, there was collective sense of uneasiness that the pressure would be turned up and create more problems. Once the Chaps were able to get into their half court sets they were able to create good scoring opportunities. Off the ball action to Tyree Spencer was very effective in the first half.

The Chaps were able to start fast and open with a 9-point lead and assert themselves offensively. Chaps power forward Jason Peace, in particular, was able to find his niche down low early in the game and create stress for the interior defense of Kishwaukee. There was an substitution issue early in the game where the DuPage coaching staff was displeased by the indecision of the referee crew when they tried to sub Darren Eiland. The issue was fixed after seamlessly waiting for what felt like an eternity. The momentum of the game came to a screeching halt.

Both teams came out of the referee debacle playing intense defense, and it created a lot of transition buckets. Guard Michael Stewart created a lot of opportunities in the transition game, tallying 5 assists in the game and making the extra pass helped make a smooth offensive attack even more lethal. While the Chaps were doing a great job in getting out in transition, there were quite a few missed shots. Despite shooting 42% from the field in the first half, the Chaps were able to get buckets in transition because of the relentless efforts on the boards from players like DJ Spell and Michael Stewart, who always seemed to be around the ball. The duo combined for 15 total rebounds in the game.

Even though the transition game created a healthy influx of offense, a lack of spacing from the Chaps and created turnovers for the Kishwaukee side. Eighteen total turnovers seemed to plague the half court sets of the Chaps, but defensively they were able to get back suffocate Kishwaukee’s transition game.

Late in the first half the, the Chaps were able to settle down and create some great off-ball movement for easy baskets. Peace created stress for the Kishwaukee defense by torturing them with pick and pop action, hitting 2 three-point shots. The Chaps would go into the half up 36-34.

Kishwaukee opened the second half all systems go, scoring four of the first six points and creating stress on the DuPage defense. Coach Earl Reed responded by implementing a full-court press of his own. The strategy proved fruitful as the Chaps created 27 turnovers for the game, 10 for the backcourt alone. Peace provided the Chaps’ offense, scoring inside as well as getting to the line and hitting 7 of 8 free throws.