“Manchester by the Sea” deserves an Oscar 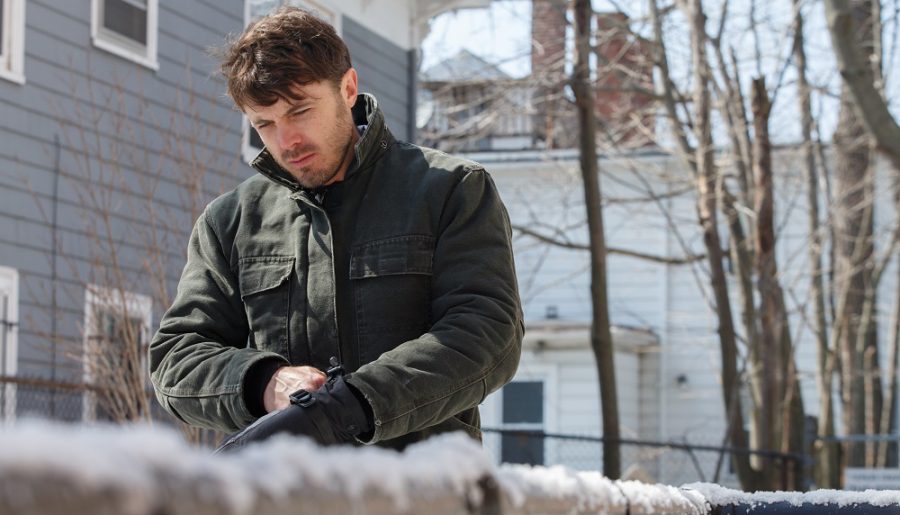 The east coast has never looked so beautiful, nor felt so human. The last time I left the Midwest was when I was eight to go to Florida, but “Manchester by the Sea” successfully transported me to the Northeastern corner of the United States to stand in the shoes of a man whose demons have penetrated every corner of his existence.

Lee Chandler, a handyman for an apartment complex in Boston, is your normal every day stereotypical bar dweller. He can’t control his temper, and he obviously needs to talk to a therapist about whatever is leaving his life in a constant ghastly state of daydreaming. While on the job one day, he received a call from a hospital in New Hampshire telling him his brother had passed away after his heart gave out.

Due to this, his past crawls into his consciousness once again as he takes care of his nephew while figuring out what he is going to do with his brother’s entire livelihood.

Not many movies can have multiple dynamically human characters while progressing a story that has the possibility of being your life starting tomorrow. “Manchester by the Sea” is the accumulation of human emotion tied together in a wrapping paper nostalgic to every member of the audience’s life.

Everyone knows, or at least has dealt with, a Chandler in their life. He’s the guy who tends to hit first and ask questions never. He can never forgive himself, yet he can forgive everyone else. His apprehension towards dealing with his past is caused by the resentment of his mistakes. He’s the most human and relatable character I’ve ever seen in a film.

Casey Affleck was the perfect Chandler, and could not have been replaced without stunting the perfection of this movie. His performance was spot on. Although he follows his brother Ben in acting almost too robotically monotone, Chandler must be robotic to survive day-to-day, and hence making this is the perfect role for Casey’s first major breakout performance.

The cinematography and shot sequencing was also perfect. From the scenic introduction to how the camera was seemingly bolted into the boat as it swayed back and forth, each shot in this film had purpose. I wish I could say that about every film out there on the market, but this can be only achieved by the most masterful of artists. Not even Quentin Tarantino can do this 100 percent of the time, and he’s probably the most famous director in Hollywood today.

While shedding tears halfway through this film, I didn’t know what I was doing. This film had not only struck my heart with a bubbling sensation of heartache; it fogged all my worries and pulled me into a harsh east coast winter standing behind Chandler as he dealt with nothing less than emotional nuclear fallout. People may be turned off by this movie’s quaint storytelling or the constant uncomfortable interactions we all avoid in life scattered throughout, however this is nothing less than perfect.