Trump’s travel ban is a mediocre attempt at legislating 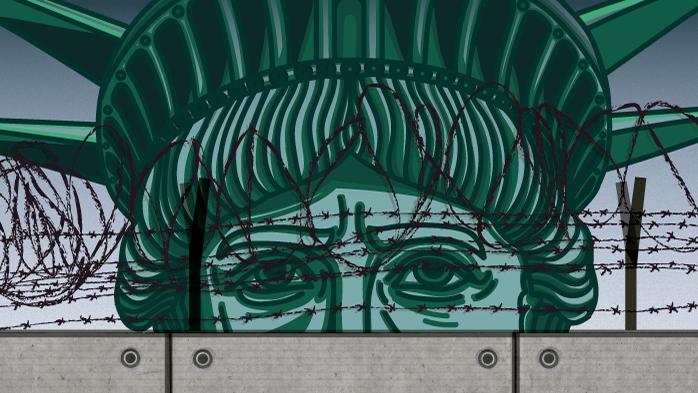 Trump did not ban Muslims. Stop calling it a Muslim Ban. From writers of mainstream media to professors and students at the College of DuPage, people have been expressively explosive in their disdain for the visa restricting order signed by President Donald Trump earlier last week. Executive Order 13769 does not ban a group of people based on religion, nor does the executive order mention any nomenclature towards Muslim people.

This order is a moratorium on seven Muslim-majority countries out of the 50 globally from traveling to the United States. It halts the United States Refugee Acceptance Program for 120 days, as well completely bans Syrian refugees from entering the U.S. until Trump finds evidence that “admission of Syrian refugees is consistent with the national interest.”

In conjunction with this, the order sets up time frames for analyzing and reporting our immigration and refugee acceptance programs. The order has the Secretary of State and Secretary of Homeland Security, in conjunction with consultation from the Director of National Intelligence, lined up to give the president regular updates as to what they find in the body text of U.S. immigration laws, and how they can be improved.

Trump has taken these precautions due to various problems with immigration across European countries due to the migrant crisis. Europe has taken in millions of people, and because of this many aspects of European life are changing. With the rise of tension caused by mass immigration, many conservative politicians have taken advantage of this issue to gain power. From Brexit spokesperson Nigel Farage to a now rising politician in the French presidential race –  Conservative Marine Le Pen –  far right-wing politicians are taking the helm of many previously progressive countries.

This begs the question, does the United States have an immigration crisis? No, we don’t.

Why does Trump want to halt the refugee program? Most people will point to his comments about banning Muslims from entering the country during the primaries, hence why many are calling this order a Muslim ban and an attack on freedom of speech. Going even further, many are critical of how the order doesn’t bar countries that were involved in 9/11, such as Saudi Arabia, as well as countries that have Trump investments like the United Arab Emirates.

Then again, why would he ban two of the world’s largest oil exporting nations? Banning either one of these two countries would be economic suicide, and probably start an uprising within the U.S. due to drastic increases in gasoline prices.

So what is the point of this? By initiating an executive order travel ban, he automatically stopped U.S. citizens abroad in those seven countries from being able to come back home. He soured relations with the countries on this hit list, with Iran completely abandoning the U.S. Dollar in response to this rude awakening.

These countries weren’t doing anything to directly harm America, nor were these countries an imminent threat. Why, out of all the things he could have spent his time doing, would he ban these countries? All he did was give pundits a nuclear bomb of a story, which can stay relevant for months, especially with a federal judge shutting it down and an appeals process now undergoing.

Trump not only hurt himself by halting travel to these seven countries, he put the entire world on notice as to how he will conduct foreign policy. Of course, Obama also used executive orders to conduct foreign policy, most notably his sanctions of Russia during the Ukraine skirmish, but this is going too far. Either stick with attempting to pass legislation banning certain countries, or don’t ban countries.

Why do the people have to explain this to him like he’s a toddler? If you’re going to do something major like this, don’t act like a dictator. Act like a legislator, the leader of the free world, and attempt to go through Congress. If they, the voice of the people, agree with you, then have your travel ban. Until then, stop acting like Kim Jong Un.