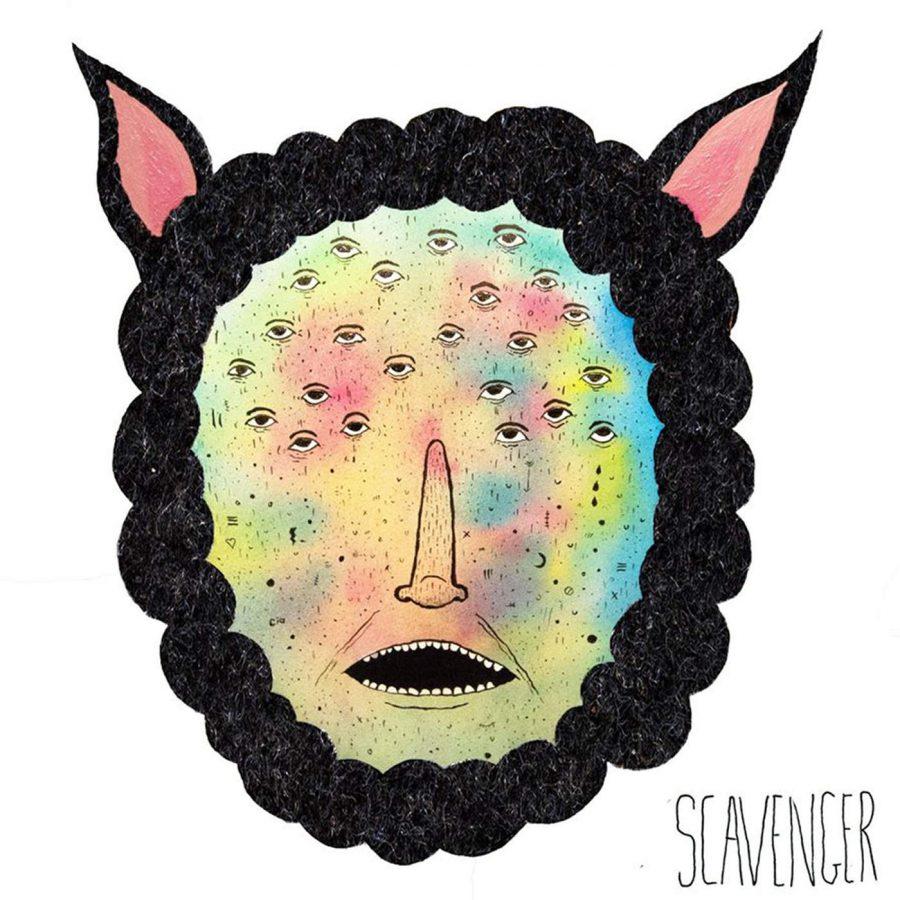 I would have never expected to find such musical prowess behind a band whose largest accomplishment is an improvised satirical song about putting things up their butt.

Fleece, a small indie-alt band from Montreal, has swept me off my feet like a prepubescent girl drooling over the latest boy band craze. Their experimental style, connecting jazz and rock with a relaxing ambiance, absorbed my full attention from beginning to end of their 35 minute album, Scavenger.

Although having no direction whatsoever, the album finds meaning in each song individually. The album could have been called Scavenger due to its eclectic range of meaning and seriousness, as well could be due to the entire album having a distant, yet still obtainable sound scattered across a range of genres. Nonetheless, each song owns a unique sound which differs from the next, with alternating tones and styles of the independent scene.

The introduction track, “Aliens,” contains a soft, yet punchy, guitar riff which mends smoothly with the light piano. The effortless vocal performance allows the song to transduce your senses into a relaxed state, and leaves enough space for the powerful guitar riff in the following track “Wake and Bake” to take control of your attention.

“Wake and Bake” is the first out of the nine tracks on this album which feels like a standalone single. The song’s powerful guitar and drumming performance controls the scene, with bass riffs linked intermittently with the confusing stoner-like vocal performance.

After that is “Demanding,” a distant jazz song which is the weakest point of the album. Although a beautiful and soft ballad, it doesn’t have a punch or memorable imprint to leave you with any satisfaction at the end. “DLXII” is an upbeat, unique interlude which displays Fleece’s distinct sound in a punchy fashion.

Up to this point in the album, Fleece has presented its indie alternative ambiance with a heavy rock influence sprinkled atop the band’s less serious and mysterious tones.

Their style completely changes, however, with the next track: “Gabe’s Song.” The powerful jazz performance tantalized my expectations and exceeded what I was hoping to receive from this album. The swift yet heavy bass and catchy drumming blends well with the effortless, disconnected and garbled vocal performance seen throughout the song to create a modern masterpiece. The track stood to baffle me as I was completely controlled by their flow of energy constantly changing between the chorus and verses.

Following “Gabe’s Song” is “Rise,” a romantic rock piece which takes you through a fusion of folk-lore styled storytelling and sharp guitar riffs. The song is beautiful, however disconnects even further from any of the other tracks on the album. The lyrics are clear and constant throughout this song, compared to the muddled vocal performance of “Gabe’s Song” and the reverberating stanzas of “Wake and Bake.”

The final three tracks on this album are also completely different from anything else on the collection, however, all stand on their own as fantastic pieces.

“CIA” screams in a mellow manner at the U.S. Central Intelligence Agency to get out of the world’s business. The song generalizes Americans to be drum-beating nationalists who only listen with their steel-toed boots.

“Chocolate Milk” had potential with its dark undertones and absorbing melody, however loses its seriousness after the first line, “Chocolate milk and Adderall get me through the week.”

The final track, “Narcozep,” is a sporadic and gritty garage band composition. It served as a unique way to close the album, but left nothing to tie Scavenger together as a collective work with meaning.

This album is more of a compilation of the band’s more successful sounds and singles than an actual orchestrated collection with direction. Nonetheless, the music production was absolutely stellar, and the album does leave the band with a lot of leeway in terms of how to mature their sound. The album served to showcase Fleece as one of the most powerful up-and-coming alternative bands emerging from the depths of garbage music scattered across the internet.

Musical dexterity is Fleece’s strongest quality. Although I discount the album for its loss of direct meaning, Fleece makes up for it with a surprisingly clear and powerful performance which left me speechless track after track.