Trump vs Clinton: Pick your poison 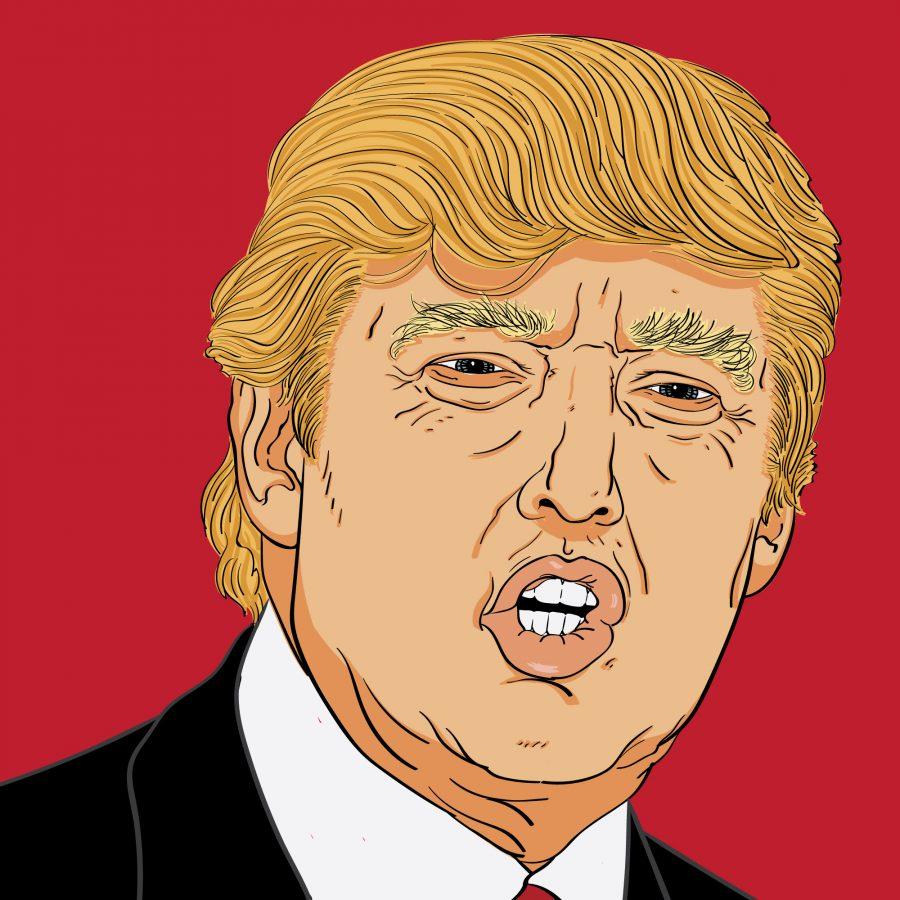 Donald Trump is a sexist megalomaniac who doesn’t care about the people of our nation, and is the only candidate in the presidential race for the power the seat provides to its beholder. That is how the majority of popular media giants like CNN and MSNBC paint the spray-tanned, billionaire celebrity. There is a certain amount of truth in their rhetoric, and in a normal presidential situation he should not be allowed within a 100-foot distance of the debate podium.

However, as Hillary Clinton and her campaign staff’s emails slowly leak out from under their noses and into the public domain, a lot of conspiracy theories have started to plant their feet into the ground as reality. Trump’s campaign suddenly has more validity. The idea of the media using their narrative to cut down Trump’s movement has been an epitome of the businessman’s campaign this entire election season. His rhetoric has grown from conspiracy into reality with the release of countless emails by WikiLeaks.

Before you can even skim the top layer of these documents, media giants are lying to us by spewing venomous information out on our televisions, telling us it’s illegal for citizens to access the emails, but not the media themselves. “Remember, it’s illegal to possess these stolen documents. It’s different for the media, so everything you learn about this, you’re learning from us,” CNN Anchor Chris Cuomo said on air Oct. 12.

They’re afraid of losing control of the narrative.

That shouldn’t surprise anyone. The amount of time and effort people are putting into researching the documents should frighten media corporations and politicians affiliated with the scandal alike. They can no longer leash the narrative and control it like a domesticated Yorkshire Terrier.

Throughout the plethora of “Top 10 Worst Emails” popping up across the Internet right now, one of the most prevalent selections has been an email from Interim Chairwoman of the Democratic Party Donna Brazile to the chairman of Clinton’s presidential campaign, John Podesta. Brazile, who was vice chairwoman at the time, sent Podesta an email with information on Bernie Sander’s supporters’ Twitter activity. This email shows obvious collusion between the heads of the Clinton Campaign and the Democratic Party, an indicator of the Democratic Party’s own bias in their primary election.

Another problematic email traces back to June 21, 2015, which is around the time the Clinton email scandal occurred. Attorney Erika Rottenberg sent a message explaining her disdain for how Clinton’s decision to delete emails without consulting anyone prior to the action, “smacks of acting above the law” to the Clinton campaign’s Chief Technology Officer Shannon Hannon.

“While we all know of the occasional use of personal email addresses for business, none of my friend circles can understand how it was viewed as OK/secure/appropriate to use a private server for secure documents AND why Hillary took it upon herself to review them and delete documents without providing anyone outside her circle a chance to weigh in,” Rottenberg wrote in the email. “It smacks of acting above the law, and it smacks of the type of thing I’ve either gotten discovery sanctions for, fired people for, etc.”

The most disturbing email came on Dec. 3, 2015 following the San Bernardino shooting. Podesta sent an email to Karen Finney, the Clinton campaign’s strategic communications adviser and senior spokesperson, saying he wished the shooter had a stereotypical white person name instead of a Middle Eastern name in response to a news briefing on the shooter’s information.

“Better if a guy named Sayeed Farouk was reporting that a guy named Christopher Hayes was the shooter,” Podesta said in the email.

I don’t know what to believe anymore. From trusted media conglomerates blatantly lying to our faces to inexplicable statements coming from the Clinton campaign, this is a giant mess. With more of these emails being reviewed and released constantly, it’s safe to say both Trump and Clinton are equally terrible for this country. The only thing left to do is pick your poison, whether you want to side with a dirty rat like Trump or a serpent like Clinton.