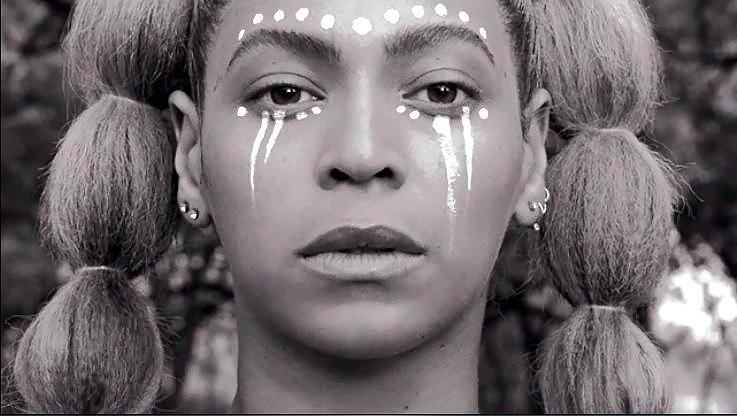 When I saw Beyoncé’s “Lemonade” on HBO On Demand I decided to watch it out of pure boredom. I had not yet seen the millions of tweets, or countless, bias articles consisting of little more than “YAS QUEEN B SLAY.” If I had, I probably would have written off the visual album as nothing more than another Beyoncé cult favorite. But then I watched.

“Lemonade,” audio only, is substantial. It’s catchy. It’s Beyoncé and then some. Anthems like “Hold Up” and “Sorry” stole the show on the album alongside powerful duets like “6 Inches” feat. The Weeknd and the incredible “Freedom,” a call for attention to the Black Lives Matter movement feat. Kendrick Lamar.

If I had heard the album before viewing it’s visual album, it wouldn’t have been anything special to me. “Lemonade” the HBO special proved to be 58 minutes of pure artistic intelligence, combined with powerful interludes that let viewers know exactly what Beyoncé was trying to say.

At this point in time, it’s no secret that Jay Z allegedly cheated on Beyoncé. I say allegedly based on the fact that no media has been able to prove it. We know all too well after “Lemonade” that Jay has been in the doghouse for quite some time.  Lyrics like “You know I give you life. If you try this s*** again you’re gonna lose your wife,” make this connection more than assumable. It becomes even more powerful in the visual element, when, during the line, Beyoncé throws her wedding ring at the camera. Eight of the 12 tracks are obviously tied into the cheating saga, ranging from denial to anger, eventually to forgiveness and reformation.

The content was there. The album was an ideal story. From songs calling out a cheater in the most brutal, Beyoncé way to ending on a note of family and forgiveness, it was the perfect full-circle. There is no better album I can think of to introduce this concept of visual albums to the music world.

The almost hour-long collection viewed like a series of music videos strung together by dialogue. The scene was set from parking garages, to buses to mansions, eventually landing in houses fields and oceans. The American Horror Story-esque lighting and jagged movements made for a natural suspense. Even in scenes that were not graced with this artistic dread, black-and-white filters covered the scene. Set in what is assumed to be Louisiana for a portion, Spanish moss trees grace every seen, which in a black and white filter, are inherently creepy. Throughout each interlude there is a sense of suspense and worrisome drama. It’s what makes the visual album so enveloping.

But it isn’t all dark. Though some scenes are straight-up demonic, there are many moments of fun and empowerment. In fact, that’s what I took away most from the physical album. It’s one thing to write some break-up songs. It’s another to put your current husband on blast for the majority of an hour-long HBO special. What Beyoncé did here has never been done. From the blatant accusations to the concept of this film; it’s something brutal. It’s something honest. And it’s incredible captivating.

In fact, immediately after watching “Lemonade,” I hit “start over” and watched it again. The artistic vision added an element to this album I didn’t know was needed. I probably would have given the album 3.5 out of 5 stars. With this visual element, it is without a doubt 5 out of 5.

Beyoncé has set a ridiculously high standard for the future of the music industry. It’s a standard I really hope is met. Music videos are a great supplement to an artist’s work. But to connect an entire album through an on-going story gave me an incredible amount of admiration for not only Beyoncé and the music she has created this time around, but her artistic vision and her validity as an artistic mind.

Now, this isn’t something that can be done with every album. Beyoncé had a story. She knew in the arrangement of her album that it would flow in a way which interludes could connect. Even though, there were times in “Lemonade” that didn’t seem to fit perfectly.

In this album, Beyoncé touched not only on female empowerment, but on the Black Lives Matter movement, a heavy topic jusy begining to make waves in the music industry. As you can imagine, the idea of a cheating husband and the idea of racial equality don’t exactly go hand in hand. Beyoncé did make this work by giving each subject its own, equally as powerful performance, and letting the rest fall into place. Too much pressure to connect the dots would have made for a disaster, and a piece that did neither topic justice.

If I have one complaint it’s that the dialogue did not carry from visual film to album. I believe it would have made the album even more powerful and taken it from its classification as pop to something of an artistic collection. It would have created a stronger, more abstract piece. Still, Beyoncé has done something I truly commend her for with this visual album. I hope to see it become a norm in the music industry, when the album fits. It’s the perfect way to allow listeners to not only hear and feel what an artist is seeing, but to see exactly what each song means to the artist they admire.