Because nothing can beat Ryan Reynold's “Green Lantern” 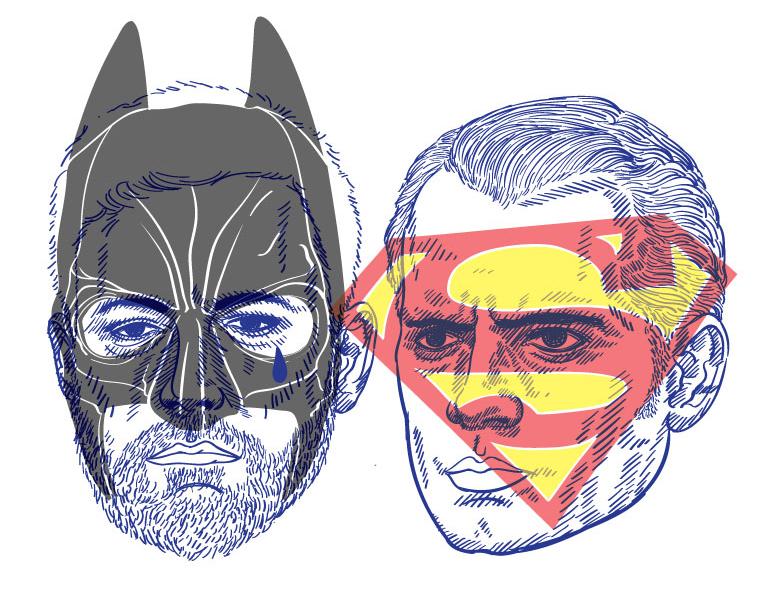 “Batman v Superman” was one of the worst superhero films I have ever seen. Of course there were redeeming qualities, such as Ben Affleck playing the role he has been training for his entire acting career, and the wonderful cinematography. Nonetheless, when the writers were forced to cram six separate superheroes down the audience’s throats, it is obvious their main objective was to help DC Comics play catch up to Marvel’s decade-long dominance in the cinema.

If the director, Zack Snyder, wasn’t forced into introducing any characters other than Batman and Superman, he could have made a great film. With movies like “300” and “Watchmen” under his belt, it’s obvious that given more liberties he would have made a fantastic and beautifully dark version of this classic battle. His cinematography was fantastic, but this work was drastically crippled when DC put too much weight on his script.

There was only one good performance, and that was Ben Affleck. He was a surprisingly fantastic Batman. Now of course, no matter what film he’s in, he plays the exact same person. He just has this blank stare with a monotone voice that is supposed to be either intimidating or emblematic of his own fear, depending on what character he’s portraying. After watching him as Batman, I think he’s finally found his calling. I strongly believe he should retire from acting after this role, because I can’t see another role suiting him better.

Superman was probably the worst part of this film. Henry Cavill’s portrayal wasn’t the problem, however. He is a perfect specimen to play the character. It’s just when you make the most immortal man act like a little baby throughout the film because he’s madly in love with Lois Lane, and he is forced to keep saving her from danger like his basic caricature would, it gets tiresome. Lane, played by Amy Adams, was a huge drag on the film, and because she dragged it made Superman skid mark the script.

If Lois Lane’s part of the film was spliced up to be only 10 minutes of screen time rather than the over 25 minutes she was given, it would have made this movie exponentially better. She was just a really bad journalist who was a waste of space in her newsroom.

The actual battle between the two protagonists was awkward at best. Superman talked down to Batman in hopes that he would stop his continuous attacks, which was a weird way at negotiating a ceasefire. Batman on the other hand didn’t care and kept beating the snot out of Superman. I won’t spoil the ending for you, but it was the most painful copout I have ever seen in a movie.

In a movie called “Batman v Superman,” I would only suspect those two characters and a grandiose fight that would make a movie for the ages. Instead, they added Wonder Woman, Aquaman, the Flash and Cyborg to the mix. Why? I’m seriously asking. Whose bright idea was it to introduce the entire Justice League into a movie like this?

The only cool introduction was Cyborg’s. I’m seriously excited for that character, and I hope he gets his own movie. Aquaman looked like a constipated Samoan stuck under the sea. Half of the Flash’s scenes were pretty much a copy of inception, where he popped randomly into Bruce Wayne’s dream once and was never talked about again.

Wonder Woman was an interesting idea, but she should have had a proper introduction movie rather than the garbage boot she received. She had more personality than Bruce Wayne, and had more spunk than any other character in the film. Too bad she was one of the many forced characters in the film, which overall ruined her start on the big screen.

The over the top characters throughout the film wasn’t the only flaw.The CGI in the final supervillain battle was complete trash. They made the falling buildings in Metropolis so beautiful in the beginning, and because of that viewers were sucked into the story. The ending battle with the major antagonist of the film pulled viewers out of the story, where it looked like an intern put it together.

I can tolerate bad acting. I can tolerate bad script writing under the right circumstances. However, when you make the movie look like a rushed final project of a straight C graphic design undergrad, please push the release date back.

This movie was a poor launching point for the five DC movies scheduled to come out within the next three years. Wait a few months and watch “Suicide Squad.” This film doesn’t deserve your hard-earned money.