Album is a production and lyrical experience from start to finish 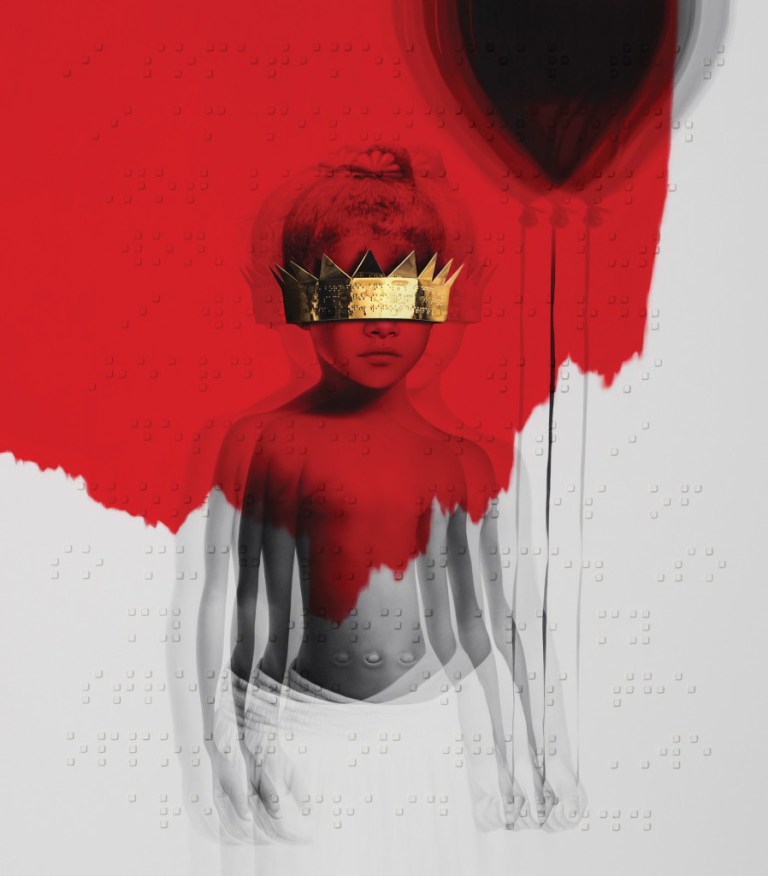 I can’t say I’ve always been the biggest fan of Rihanna. My middle school memories echo with “Umbrella” and “Shut Up and Drive,” but I abandoned the R&B leading lady soon after that. That’s until I listened to the first track of “Anti,” Rihanna’s eighth studio album. Despite the album selling less that 500 physical copies, combined with the accidental leak of 1 million free copies on the streaming service “TIDAL,” I expect this album to be one of the most successful releases of 2016.

From the first 10 seconds of the first track, “Consideration,” a listener with or without a skilled musical ear can tell the production is something unlike what has been heard from Rihanna in the past. The song is rumored to be Rihanna’s ode to her record label, speaking of her passion and doing things her own way. The song is a fitting starting point. Lyrics describe needing to be allowed to grow, and grow she has. The entire album is filled with meaningful lyrics, slower melodies and a few songs down the track-list that truly showcase Rihanna’s undeniable vocal range unlike anything heard from the artist before.

The third track, “Kiss It Better,” is what caught my full attention. The song, a clear album hit and potential single, has a much slower pace than a typical song of that caliber. The lyrics admit to missing someone that shouldn’t be missed. The song is easily one of the best on the album due to its immersive melody and understandable lyrics.

Following “Kiss It Better” is “Work,” this album’s single. Though the song is catchy, lyrics sung by Rihanna can only be understood a small percentage of the time. The release of this single was clearly album bait due to Drake’s feature on the song; a smart advertising move, but a move in no way representational of the album as a whole.

This album doesn’t have one hard-hitting, explosive song. Each song has more substance than a typical KISS FM playlist hit. The collection shows just how far Rihanna has come as an artist from her days of “Pon de Replay.” She has grown not only vocally, but has become a true musical visionary. That’s apparent in her lyrics and production of this album; an album truly not trying to be anything other than what it is. “Anti” was not designed for a labeled genre. It’s pretty hard to place. But what matters is the quality of the content: content which impressed me far beyond any expectations I had upon hitting play.

As the album continues on, the songs get deeper. “Needed Me” is an ode to Rihanna’s ability to stand on her own. “Love On The Brain” is a 50s inspired ballad, exploring a side to Rihanna’s vocal capabilities never before seen. “Never Ending,” my personal favorite, is a melancholy acoustic representation of a love difficult to comprehend. With lyrics “It’s pulling me apart this time, everything is never ending, slipped into a peril that I’ll never understand,” it becomes clear that Rihanna is reaching out for a love that has strayed.

“Anti” isn’t your typical pop album. It isn’t your typical R&B album. I can’t tell you exactly what it is. All I can tell you is that it’s a production dream and lyrical journey from start to finish. This album is not one I thought would have an effect on me. Little did I know it would be the only thing on my playlist for weeks. Rihanna has truly proven her capabilities and her growth with this album, and her transformation is something I can confidently stand behind.