Planet X has moved from fiction to possible reality 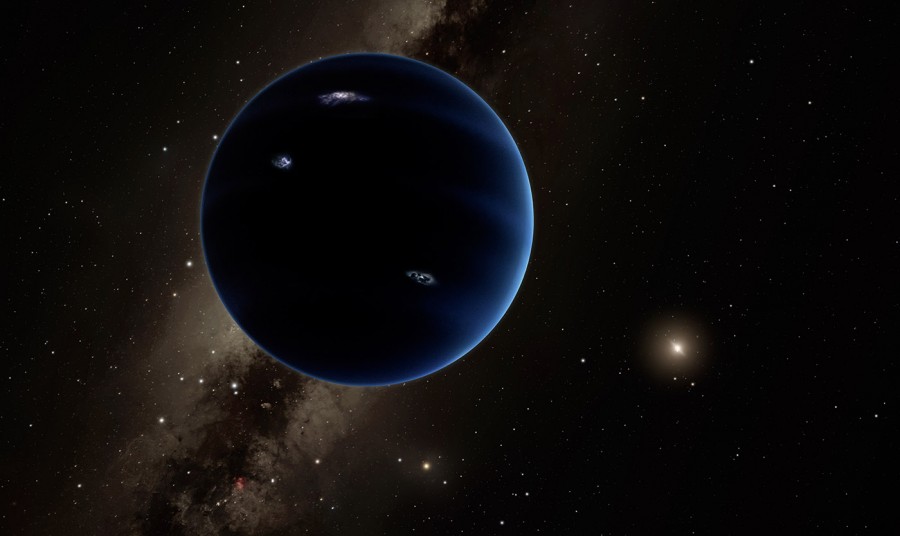 Although Pluto had its title as the ninth planet striped away in 2006, there might be hope for a new planet to take its place. The California Institute of Technology announced on Wednesday, Jan. 20 that they have evidence of a new giant, icy planet in our solar system that is farther than Pluto, about two to four times the diameter of Earth and has an extremely large rotation of 10,000 to 20,000 Earth years around the Sun.

Although the astronomers behind the study, Michael Brown and Konstantin Batygin, haven’t actually seen the planet first hand, they have uncovered evidence that the planet exists within our solar system.

Brown and Batygin’s theory is based on how the new planet and its gravitational field would be the explanation behind why dwarf planets and smaller objects in our solar system orbit differently compared to the eight planets. The astronomers believe that the massive ice planet was flung into deep space by the gravitational force of Jupiter or Saturn.

Although many high powered telescopes are on the search for the planet, theorized to be 20 times farther away from Neptune, the operators will probably not be able to catch a glimpse. At such an extreme distance from the sun, it wouldn’t be able to reflect any significant sunlight off its surface. It could evade even Kepler, one of the most powerful space telescopes of our time.

If this planet is found, this would force a reincarnation of our current solar system model which has been around since 2006, after Pluto was officially named a dwarf planet.

Although Brown and Batygin have been attempting to disprove their theory over and over again, they are very confident in after crossing out other possibilities that could be causing this gravitational influence in our solar system. NASA’s director of planetary science Jim Green is still wary of the claim, referring to the famous Carl Sagan quote, “extraordinary claims require extraordinary evidence.”

For the past couple of decades, there has been speculation of a supposed “Planet X” outside the orbit of Pluto. Although no clear and concise evidence had been found in the spur of speculation, it remained a mystery and a denial of the scientific community. Now that Brown and Batygin have solid evidence that there is a possibility of another planet outside of Pluto, astronomers have started searching into the dark depths of our own solar system to see if they could be the first ones to catch a glimpse and put the theory into reality.