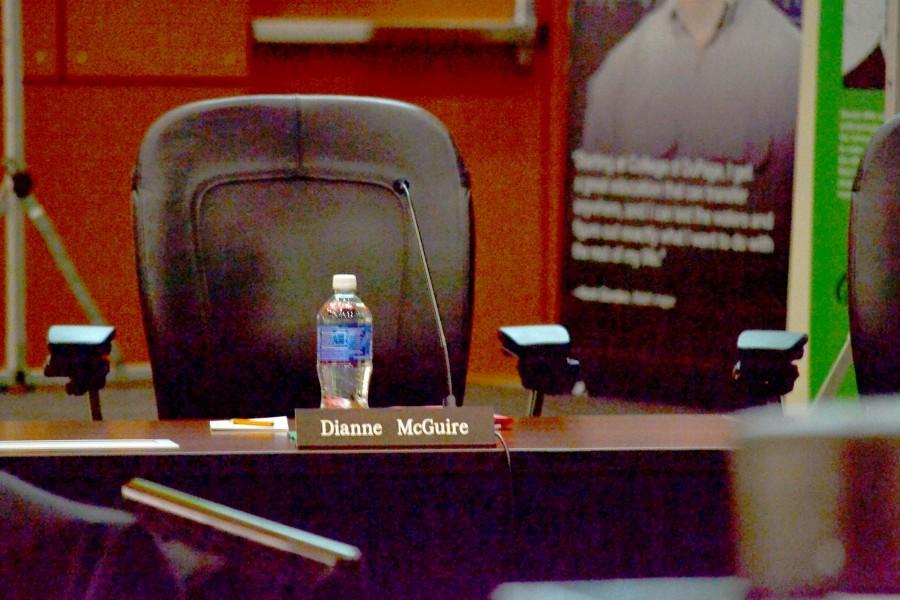 Trustee Dianne McGuire may be campaigning for chairwoman, according to fellow Trustee Frank Napolitano. At the Jan. 21 board meeting, Napolitano explained a conversation, held between McGuire and himself on Dec. 6. McGuire, as well as Trustees Erin Birt and Joseph Wozniak, have been boycotting board meetings for the past month and a half.

Napolitano recalled the conversation with McGuire, held only three days after former Chairwoman Kathy Hamilton’s abrupt resignation. In this conversation, McGuire allegedly mentioned her agenda to bring former President Robert Breuder back into COD’s view. Her plans detailed overturning the ruling of the prior board which voided Breuder’s contract and ended his presidency.

Napolitano went on to detail McGuire’s vision to possibly reinstate Breuder by placing him back on administrative leave or even immediately back in office.

Other ideas mentioned in the conversation between Napolitano and McGuire include bringing back Lynn Sapyta and Thomas Glaser, former finance officials, and firing COD’s current law firms.