Invasive home recordings serve no one but profit 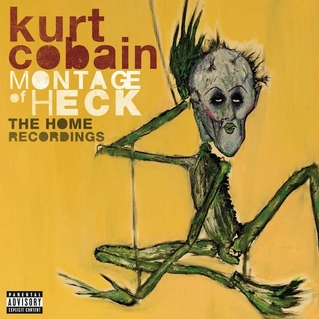 Kurt Cobain’s first solo release, “Montage of Heck: The Home Recordings,” isn’t at all what a Nirvana fan would expect, but it is exactly what a Cobain fan would expect. The controversial release digs deep into the archives of Cobain’s trials and errors, songwriting excavations and storytelling in the all-access, all-Cobain, tapes. After listening, Cobain fans are dramatically split down the middle about whether or not the recordings should have surfaced.

The standard version with 13 tracks just touches on the recordings, with guitar solos and a few early demos. The much more invasive deluxe soundtrack is 31 tracks, with all mentioned before, plus misunderstood ranting, child impersonations and songs sung in mocking voices. If you’re looking for a new song by Cobain to add to your collection of angsty title tracks, you won’t find it here. “The Home Recordings” serve as nothing more than a sentimental collection of Cobain’s deepest, strangest personal moments, none of which would sound appealing to anyone who knows nothing about his creative impulses.

I was so excited to listen to these tapes, I guess in a last ditch effort to gain a little more insight into Cobain’s songwriting sessions. That became the last thing on my mind about four songs in, when I realized I had no business listening to these recordings. The recordings are personal. They’re angry. They’re happy and giddy and they’re silly. They’re a whole range of emotions, all of which Cobain expressed wholeheartedly in the privacy of his living room. God knows he would have hated for the public to hear any of it. I’m sure he would have hated for the public to read his journals too, but that didn’t stop money-hungry hands from binding them into a book you can buy at any Urban Outfitters.

With all of the excitement surrounding the distressed artist’s inner thoughts, I forgot to realize how sickening it is that someone is trying to profit off of a dead man’s private thought process.

Luckily, we can rest in peace knowing none of the profit is going to Courtney Love, who holds no rights to Nirvana’s or Kurt’s creations. The money however, will go to benefit Cobain’s 23-year-old daughter Frances as well as others involved in the “Montage of Heck” movie and “Home Recordings” releases.

For a man who hated publicity, embarrassment and press, the “Montage of Heck” era is hell. Somewhere, Cobain has rolled over in his grave knowing that his most beloved, private moments are being broadcast worldwide. As a Cobain fan and a music enthusiast in general, I can’t support that.

This release has been sugarcoated as a trip into the mind of Kurt Cobain. Of course that’s something I want to witness. I’m sure the rest of the world does too. But how can anyone feel good about witnessing a private moment in the life of someone who wanted nothing but privacy? Just because he’s no longer with us doesn’t mean it’s not trespassing. Releasing these tapes, the most personal release so far next to Cobain’s journals, was invasive and uncalled for, and frankly, I’m disappointed in myself for getting swept up in the hype.

It’s time to put Kurt Cobain to rest once and for all. It’s time to attempt preserving his memory in a way he would like to be remembered, rather than in money-hungry last-ditch efforts. While listening to these recordings, Cobain comes alive once again, even if just for a moment. Hearing Cobain in his private moments is worth a four star album, but because of the disapproval I know he would have given this release, I couldn’t give the album more than one star. While hearing Cobain authentically in his happiness and his anger is a truly incredible thing, it’s worth hitting pause to give him the respect he and his creativity deserve.