Collins: “There was no ill intent” 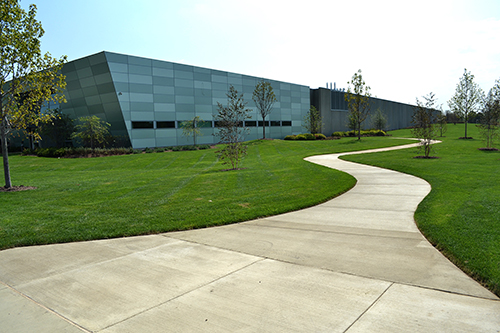 College of DuPage has stopped awarding credit hours to current Suburban Law Enforcement Academy (SLEA) students and future participants. This comes after another scandal pointed out at COD, this time involving state funding.

COD houses a branch of SLEA, which provides quarterly, 12-week, state-mandated trainings programs for those enrolled in the academy. This year, those in the program were awarded 22 COD credits as opposed to the original 13 credits. COD criminal justice faculty never approved these credits.

The college receives state funding based on the number of credit hours taught. These 22 credit hours were subsidized along with the rest of the college’s course hours, earning the college an extra $80,000. The college has agreed to pay this amount back.

While the additional credits have been portrayed as a miscount of COD’s enrollment, COD is just one of many institutions to award SLEA with college credits. Nine credits are given to SLEA at Parkland College in Champaign.

The Higher Learning Commission singled out these 22 credits as a mismanagement in their accreditation report. Because of this, Acting Interim President Joseph Collins believes the decision to stop awarding credits to the program was the right thing to do.

“It was a tough decision,” said Collins. “I think [the decision] will matter to a few people. You have to kind of weigh the issue of the students who will be harmed with the other issues at the college. Anything, in my mind, that has a negative impact on accreditation needs to be dealt with immediately.”

Past SLEA recruits have been known to use the awarded credits towards earning a COD associates degree. For the 60 recruits currently in the program and those in the foreseeable future, this is no longer an option. The Courier reached out to the Counseling and Advising department to see how this change in credits is affecting SLEA recruits, but received no response.

A common claim is that SLEA credit hours have been used to exaggerate COD’s enrollment to secure extra state funding. Collins does not believe this was deliberate.

“I know some people thought we were padding our enrollment by SLEA, which I find to be nowhere near accurate,” said Collins. “There was no intent, as far as I can tell, of anyone doing anything wrong. They were just trying to get more credits for their students.”

Collins feels the only wrongdoing was in administration’s failure to gain approval of criminal justice faculty before deciding to count SLEA training for credit.

“Not consulting faculty- that’s a very serious issue,” said Collins. “It’s critical, when we award credit, that the faculty approve that. Faculty develops and delivers the curriculum. If our faculty says that program X or program Y should or should not receive credit, we need to listen to them. That’s not something we can determine without their input.”

As for the $80,000 coming out of COD’s bank account, Collins is sure this will be of no impact to the college’s operations.

“Some newspapers are making a big deal about us losing the $80,000 a year, but the governor said to one of the community college presidents, we may not even get half our funding this year, which would be $7 million. What’s $100,000 compared to $7 million? I think the whole SLEA funding thing was blown out of proportion to begin with. For us, it’s not a big issue.”

Despite the lack of credits, Collins stands behind SLEA and believes it to be a great benefit for the college and the community. “It’s still a great program,” said Collins. “We train all the police officers hired by municipalities even outside of our community. They are going through training and they are going to be our officers in our communities and I think community members appreciate that we do that. It doesn’t make us money, it actually costs us money, but it provides a great benefit.”