Coffee with Collins unearths divide between faculty and administration 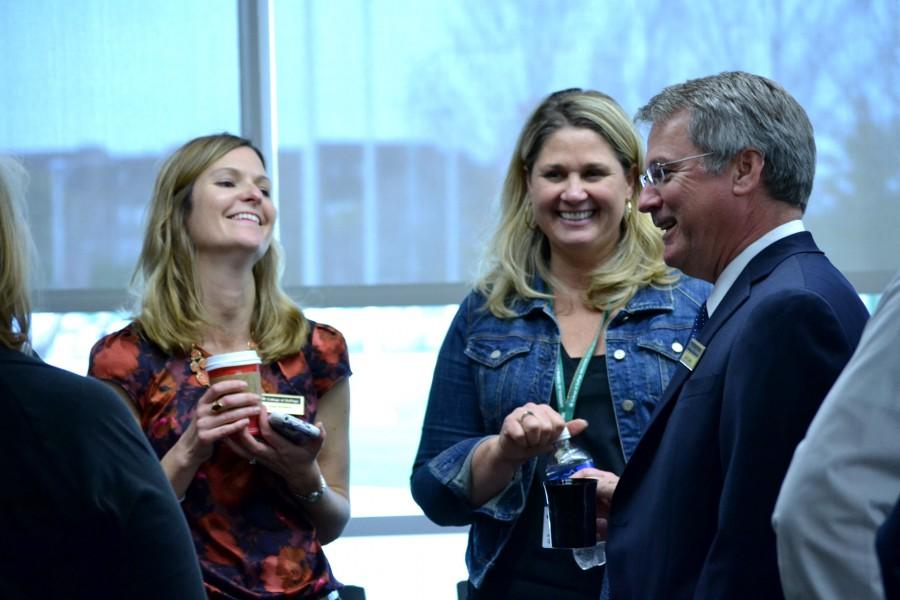 College of DuPage faculty and Administration have begun to speak out about a clear divide between their sanctions. Many feel, under former President Robert Breuder’s rule, they were forced to work position-to-position rather than person-to-person. Although they admittedly have a long way to go, employees who chose to speak to the Courier have high hopes for rebuilding a strong, institution-wide, relationship.

Acting Interim President Joseph Collins hosted the first “Coffee with Collins” on Thursday, Nov. 5. The gathering was open to employees from all reaches of the college, even including regional centers. The room welcomed over 50 college employees, including administration, adjunct faculty, full-time faculty and managerial staff. According to members in the room, this kind of full-campus gathering would be unheard of in the college’s past.

COD faculty member turned Interim Associate Dean Charles Boone spoke of a separation throughout Breuder’s term. “There was division. The more division there was, the more control there was,” said Boone. “I think we need to get to the place where there is no ‘the faculty’ and ‘the administration’—it’s our faculty and our administration.”

Collins admits that there is a definite divide between faculty and administration, attributing much of this to decisions he and other members of administration have made. “I think there’s lots of instances where we’ve done things to upset the other side.”

Collins plans on continuing to hold informal events open to all campus employees. While he has seen a divide, he hopes to bring the college closer, and continue to interact human-to-human. “That’s one thing I’m interested in helping fix,” said Collins. “I’ve said before, I think the institution needs a healing process. I think there’s a lot of bad feelings, a lot of bad history, and I think we need to figure out how to try and heal and seal the wounds from the past five or so years.”

Many believe the college is headed in a better direction. Boone spoke of a new level of comfort at the college since Breuder left campus last April. “There was a change in the air from spring to fall. It’s like two different institutions,” said Boone.

Boone feels that having informal gatherings is the best thing for the college. “All of these kinds of events are critical,” said Boone. “It’s that sort of informal thing that makes an organization.”

While a handful of administrators were open to speaking about the college’s ongoing division, most faculty members were hesitant to speak up about Breuder, Collins, or how they feel about employee relationships. Many attendees that the Courier approached refused to comment without their manager’s approval.

About halfway through the event, Collins greeted the crowd and opened the room to a question and answer session. No questions were asked, and employees continued to mingle.

Collins commented on the slight tension between sanctions. “Let’s let our hair down,” said Collins. “It’s an opportunity to talk human-to-human instead of position-to-position.”

A member of the group responded to Collins’ comment by raising his hand and saying “It’s refreshing to hear the word ‘human’ again.”

The next informal employee gathering, again hosted by Collins, will be a December holiday party housed in the MAC. Staff can also look forward to events in February and April.