Spectre is a dull shell of what it should have been 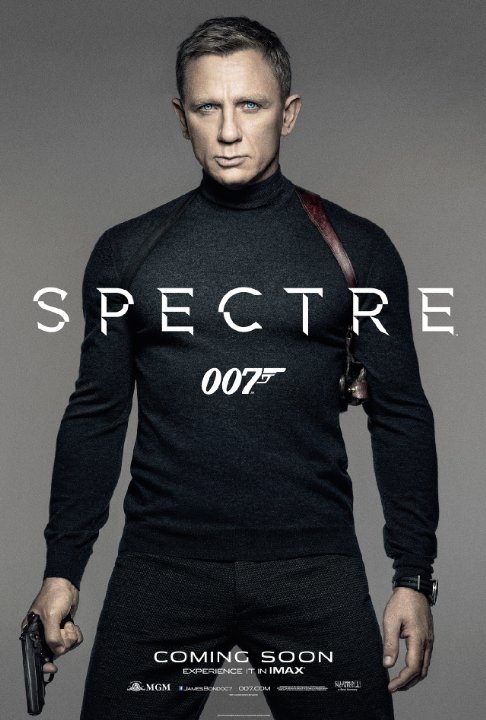 What comes to mind when you think of someone drilling into your skull? The feeling of metal forcefully prodding right under your eye, while you’re strapped into a chair with no way of moving. How about after another filling right at the top of your neck, going through the base of your brain? Do you know anyone that could actually stand up and walk around after having that done to them, while fully conscious of what’s happening?

Although impossible to stand up after, due to how the rear-base of the brain deals with movement and vision, it’s not that some people can’t withstand the pain of a small drill going through their bones while fully conscious. It’s the fact that Daniel Craig’s James Bond did such, then blew up the full facility less than 5 minutes afterwards.

This version of the illustrious James Bond has become a mere shell of where it was at the beginning of Daniel Craig’s 007 career with “Casino Royale,” back in 2006. Throughout this film, there are examples of how the longstanding director of Daniel Craig’s Bond, Sam Mendes, and the eight different screenwriters on this film have crafted this man into a god-like figure.

Although they gave a decent attempt at trying to make the unstoppable force look human, making him express unusual emotions of the archetype such as anger and remorse, this god-like character plowed through this film as if he was a terminator with human error and emotion built into his software.

Other than the drilling sequence in the film, there were parts where the villains could have easily killed him, and the movie could have ended. There were many sequences where Bond should have been killed, whether it was by the hands of the longstanding antagonist of Craig’s 007, Mr. White, or six-foot and up assassins and groups of well-trained individuals not being able to overcome the washed-out hero.

For instance, in the exposition of the film there were many encounters between Bond and the Spectre assassin Hinx, played by the former WWE wrestler Dave Bautista. The built killer stood to stop Bond time and time again after punishment, even after multiple car crashes that should have left him needing a medic.

During his final scene of the film, he is fighting bond in the back of a South African train car. He was throwing around Bond like a rag doll, bashing his head throughout the trains surroundings. As Hinx opened up the train car’s door, he held Bond by the suit jacket nearly hanging outside the car about to throw him out into the deadly Kalahari Desert, Bond’s partner, Madeleine Swann, shoots the assassin. As soon as he drops Bond, he “luckily” gains consciousness and is able to slip a rope around the assassin’s neck, choking him out until he is able to attach the rope to a counter-weight and forces the giant off of the train.

Hinx had too much time to get the rope off of his neck for the scene to be deemed anything less than stupid. He had a full three seconds where he noticed that the rope was attached to the counterweight before he was thrown off the train, but instead of taking off the noose he just gave a punchline and flew off the train like a cartoon character.

Let’s just throw his character development of being a badass out of the train with him, because he is never seen again and his whole aura of being a resourceful and unstoppable, yet intermediary, villain was counteracted by his final seconds in the film.

Speaking of character development, let’s talk about Bond’s lady who helped him not become a desert corpse. She went through many emotional and mental phases throughout the film, without many good reasons as to why they happened. A few of these phases were redeemable, due to a family tragedy, but many had no backbone to their reasoning.

In the beginning of her interactions with Bond, she absolutely hated him because of how he reminded her of her espionage-related father, Mr. White. She was also portrayed as an intellect, being a graduate of psychology from Oxford University. She despised him from the moment they started traveling together, right until they were both on the train.

Once on the train with Bond, she flips a switch and becomes completely infatuated in the middle-aged looking man. After the fight scene with Hynx, they have sex in their room out of nowhere. There wasn’t any reason for her to fall in love with Bond, and there wasn’t much of an explanation. This happens in many films and television series, where the woman can flip a switch and have completely different emotions in the next scene.

If you’re going to give a character a certain guideline of morals and emotions, why let her fall victim to such an unrealistic transition for no other reason than to get the other gender in the theatre.

Overall, this film was a shell of what it could have been. They could have let Bond be victorious in the end without making him be unstoppable. They totally could have gave Bond a love interest, but not at the expense of making a character like Madeleine seem completely unstable. Overall, this movie was lacking in too many aspects for it to be considered a good 007 film.