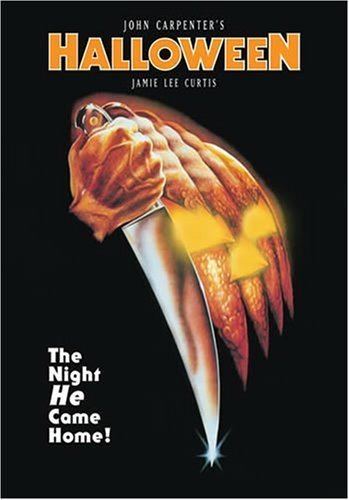 Horror movies are one of my favorite things about the Halloween season. I love the creepy feelings they give you and that sense of “what did I just watch” at the end of something truly shocking. I have spent a lot of this season watching classics and their counterparts. I have put together a list of the most, and least, memorable remakes and their comparisons for your viewing pleasure.

“Carrie” is a movie about a high school girl dealing with bullies and her newfound telekinetic powers. Both the original and remake are awesome movies; it was hard to pick a preference.

The remake pays its respects to the first movie by sticking to the storyline and character traits yet brings a new dimension of technology to an audience who can relate. The famous locker room scene is broadcast to the school via cell phone videos, an element that wouldn’t have made sense in the 1976 classic.

The remake also ties in an element of unexpected pregnancy, symbolic of Carrie’s mother’s pregnancy. Without spoiling anything, the ending scenes of both versions are the biggest example of variation between the movies.

While both versions have a definite gore factor, the 2013 takes it to the next level. Carrie’s mother has more gruesome self-mutilation habits and the killing of the pig is something many viewers may have to look away for.

In the end, the remake is my choice, purely for story clarification reasons. In the original, viewers are left wondering who was involved. There are even instances of doubt surrounding the gym teacher, Carrie’s one true supporter. The remake clarifies each character’s motives as the movie goes on. At the end, there is no doubt as to who played a role in Carrie’s prom night disaster. The remake is also more relatable to those of our generation, without being overbearing.

“Psycho” has always been one of my favorite movies, maybe because of the twisted mind games it plays with its viewers.

The remake, in my opinion, is close to a carbon copy of the original. No ideas are challenged and no story plots are reworked. While messing with the message of a classic can be dangerous, it can also be rewarding. That is something the writers of “Carrie” did nicely. The plot stayed the same but the storyline brought the classic to the modern era. The “Psycho” remake has none of this.

While the “Psycho” remake was technically set in current day, a huge opportunity was missed in bringing the modern-day lifestyle to the storyline. The remake is a bad carbon copy of the original, but had so much potential to be relatable to the audience. As a member of the audience, I just felt like the director couldn’t decide if he should stick to the ‘60s aura of the first or translate the story to a 2000’s world. Either way, it is left somewhere in between which makes for a simply awkward understanding of the setting.

The classic holds a spot in so many hearts for its twisted storyline. The plot ending’s turn of events was something never considered by another director in 1960. To see it remade in such a poor fashion is not only disappointing, but truly heartbreaking.

To me, the Halloween remake is a different genre from the original. “Halloween” is the story of a psychopath named Michael Myers who escapes from a mental institution on Halloween night and returns to his hometown to kill.

The remake does a good job of explaining Myers’ background, something lacking in the original movie. The first 30 minutes of the 2007 version focus on the crude disrespect dished out by Michael’s stepfather, the passive nature of his mother and the teen angst of his sister. In the 1978 version, none of this is explained in depth. The only glimpse we get into Myers’ family life is the murder of his sister. The 2007 version gets gory with the murder of not only his sister, but his entire family.

In my opinion, the gore level of the remake made for cheap thrills rather than sticking to the timelessness of the original. The classic is arguably one of the most memorable horror movies ever made. The remake is almost a separate film in my eyes just based on the heavy focus on character development and added bloodshed.