How the NHL has changed the game

New rules for how overtime functions in hockey 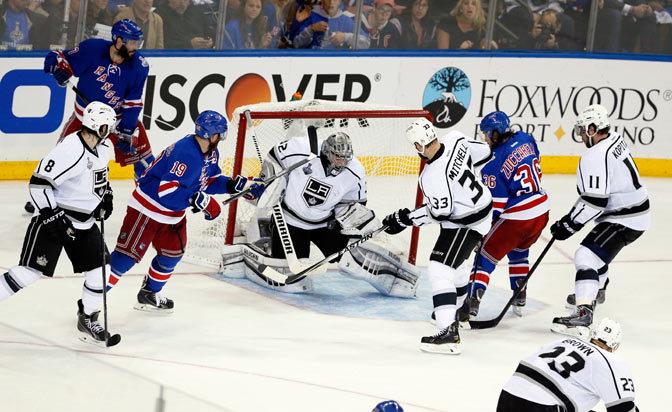 With the hockey season kicking back into gear, there are going to be some major changes to the game. It has been 10 seasons since the National Hockey League, or NHL, has added new rules that forces change in the way the teams treat the game. The last time this happened was at the beginning of the 2005-2006 season, when the NHL did a complete overhaul of how the ice rink is formatted, which added more rules and restrictions to how goalies can play the game, and they added the shootout after the first overtime in regular season matches. Both rules were met with great opposition, but have been widely accepted since then.

For the 2015-2016 season, the NHL has changed the format of how the overtime after regular time is played by adding new rules and a different format to the function of the game. First off, they eliminated one player from each team, making the four–on–four battle into a three–on–three. This pushes the players on the ice to become a lot more offensive, and creates an extremely fast–paced version of hockey that might make shootouts become a lot rarer.

Secondly, there have been changes in how the overtime penalty system works. In the past, since the overtime was four-on-four, if there was a penalty the game would naturally play four-on-three, with the player that commits the penalty going into the penalty box.

However, since overtime is now three-on-three, it would go against the rules of the NHL for there to be less than three players on the ice at any time during the game, not including the goalie. For penalties during the new overtime, the team that had the penalty would not forfeit a player. Instead, the opposing team is allotted one more player on the ice, making the overtime four-on-three. If another penalty occurs the same way, the matchup would become five-on-three. The players that commit the penalty will still go to the penalty box, and time on a penalty will still stay 2 minutes for minors and 5 for majors.

The final major change with this format adjustment puts more incentive to not pull their goalie. If a team pulls their goalie when it isn’t a delayed penalty and the opposing team makes a goal, instead of the opposing team gaining a point, the team with the pulled goalie loses the goal that they made to push the game into overtime. If this ever happens, this will impact the team’s standings, due to how the standings are based on points. Points are the accumulation of points and assists the team has throughout the season.

Overall, these changes to the game look to benefit how the game is played and make overtime an overall more enjoyable time. The season started last week on Wednesday, Oct. 7, and there has already been an example of how intense these rules make overtime. On Oct. 8, the match between the Tampa Bay Lightning and the Philadelphia Flyers were tied at two goals each and went into overtime.

Within the 2:17 of overtime that they needed out of the 5 minutes allotted, the match forced both teams to play very aggressively, borderline penalty–worthy aggression. This also forced the goalies to play at their highest level, since many of the shots taken then were practically breakaways.

These new rules have already made the game more fun to watch than in previous seasons, and shows a bright future for how much more exciting the game will become. Especially during the playoffs, when there are unlimited overtime periods, this will make the game a lot more intense and push the players of the NHL to their best versions of themselves on the ice.