What you missed: the past year in COD politics 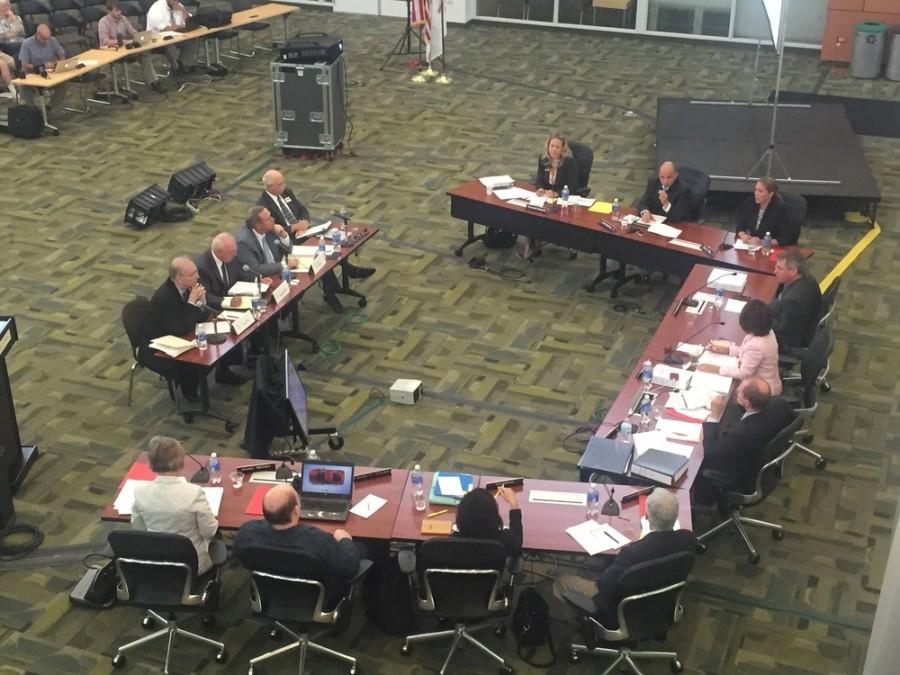 The past year at College of DuPage has been a media frenzy, from the leave of President Robert Breuder to a college-wide, federal investigation. At the Courier, we have stayed on top of the changes. We know it can be hard to keep it all straight. Below, we have put together a timeline to help you understand our current state and how we got here. Check back each week to read about the college’s most recent advances.

–       Board of Trustee member Kathy Hamilton is accused of releasing a classified email written by President Robert Breuder. This email detailed an additional, unapproved, $20 million to the building of the Teaching and Learning Center (TLC), a building under approval for construction.

–       Hamilton censured by board due to “inappropriate conduct” after writing to an online blog, airing her thoughts in regards to the approved budget of the TLC.

–       Breuder gives faculty a chance to weigh in on the construction of the TLC.

All attendees show support, and speak of the pros of building.

–       Breuder accepts a retirement package, including over $762,000 and the   promise to name the TLC in his honor. Breuder is set to retire March 31, 2016. This severance package results in statewide controversy.

–       “Res Publica” is hired as the college’s public relations firm to control bad press surrounding the college. The firm is publicly criticized at board meetings because of its $250 hourly cost.

–       Elections are held. The “clean slate,” a group of three candidates endorsed by Hamilton, is selected. Frank Napolitano, Charles Bernstein, and Deanne Mazzochi are hyped to change the direction of the board under the supervision of Hamilton. The four issue statements of campus-wide transparency.

–       Legal documents arrive at the college on Apr. 13 initiating a federal investigation on the college’s funding and spending habits.

–       “Res Publica” is fired due to bad press. “Levick” is hired as the college’s new public relations firm.

–       Hamilton is elected as board chairwoman

–       Breuder takes medical leave of absence. This leave has no time frame, and is a paid absence.

–       The board of trustees places Breuder on administrative leave. Breuder is not allowed on campus grounds without the written permission from Hamilton.

–       The college’s accreditation agency, The Higher Learning Committee (HLC), sends a letter, dated May 5, announcing their pending visit. The letter expresses concern in finance and the overall vision of the college.

–       The HLC visits. At the special board meeting, the agency questions the board’s ability to work together for the good of the college. This comes after criticism of board-wide bickering at public meetings.

–       Faculty expresses feelings on manipulation by Breuder and administration to the HLC. Staff members went on to explain being blatantly ignored and feeling used.

–       Board of trustees vote to transition Waterleaf restaurant to a student-run institution.

–       Board of trustees vote to begin Breuder’s termination process.