Fighting for the F word

In the modern day fight for feminism, some supporters of feminism have begun to pull ammunition from any topic in reach. From disrespectful catcalling, to a woman’s household role, empty arguments are being thrown around and taking away from the true goal: that men and women should qualify as equals.

This semester, a feminist alliance was created at the College of DuPage. Auguste Baltrimaviciute, founder of the alliance, believes that there are many small issues that need to be tackled before women can achieve ultimate equivalence to men. She stresses that demoting men is not a part of feminism, and that feminism is a movement for women.

“[Feminism is] essential. A lot of people like to boil it down to equality, and of course that’s the end goal; but to get there it’s more complex than that,” said Baltrimaviciute. “Equality really means to be the same, so I wouldn’t want women to have the power to catcall men on the street. It should be like dismantling the system.”

Through Baltrimaviciute’s interactions with the alliance she has found that most students at COD are supporters of the feminist movement. Those who don’t agree have come to her with illogical arguments or the idea that feminism is a cult dedicated to man shaming. Baltrimaviciute explains that those who have questioned her viewpoint so far have been misinformed, or have translated the idea wrong. She chalks this up to being misled by media or praising celebrities who don’t get the point.

In my research on the topic I have found that too often any slightly related argument is shoved under the feminism umbrella. College campuses protest sexual assault and rape in the name of injustice to women yet ignore that women are not the only victims.

Throwing the fight against domestic and sexual violence into the same pot as feminism is a mistake. These are issues faced by many, not just females.

Last year, the National Crime Victimization Survey interviewed 40,000 households on sexual assault and found that 38 percent of victims were male. It is selfish and absurd to forget about the thousands of male victims plagued with the same life changing events, and to forget about their rights as women fight to make way for themselves. These crimes are not acceptable in any form, but should be fought against on their own gender-neutral platform.

The point of feminism is to give women the equal amount of respect as their male counterparts. It is not to overpower the traditional role of a man whether in the workplace or in the home. Personal values and roles, like who pays for the date or who does the housework, are things that should be discussed between couples, not internationally between people with individual viewpoints.

We live in a world unable to sell products without sexualizing women. Many times this is on a woman’s own terms; take Kim Kardashian on the cover of Paper magazine for example. The feminist argument that women should be able to do what they please with their own bodies does not fit with the argument that men need to be trained to ignore impulses toward female anatomy. Let’s be realistic here, it’s impossible to change multiple generations’ reactions to sex appeal just because part of the current population has deemed it offensive.

Feminism in some form is absolutely necessary. I would like to see what any anti-feminist woman has to say about making only 78 cents to the dollar that her male co-worker makes. Let’s stop packing in contradicting issues and focus on the real point of feminism: that a person’s gender does not affect their worth as a person.

It’s time for college students to start asking the question “Why shouldn’t women be equal?” Now is your chance to speak up for the rights of women. This quickly accelerating topic is going to have an effect on your life no matter what, so take advantage of COD’s new alliance and make sure your voice is heard.

Feminism has become a hot-button topic, especially in the eyes of young adults. Many have found the real meaning of the fight for equality has become unclear. We asked students: What does feminism mean to you?

“Feminism to me is being equal to men and having equal rights because not all women conform to women’s stereotypes.” – Tess Borri 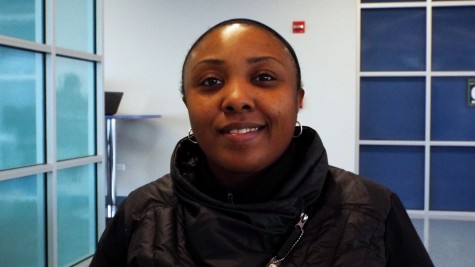 “Feminism is power that’s established for and about women.” – Catrina Tyler 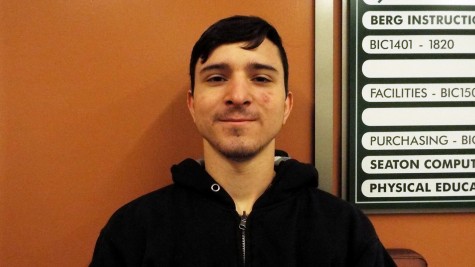 “Feminism is equality for everyone, but some Internet feminists go too far.” – Jason Klima