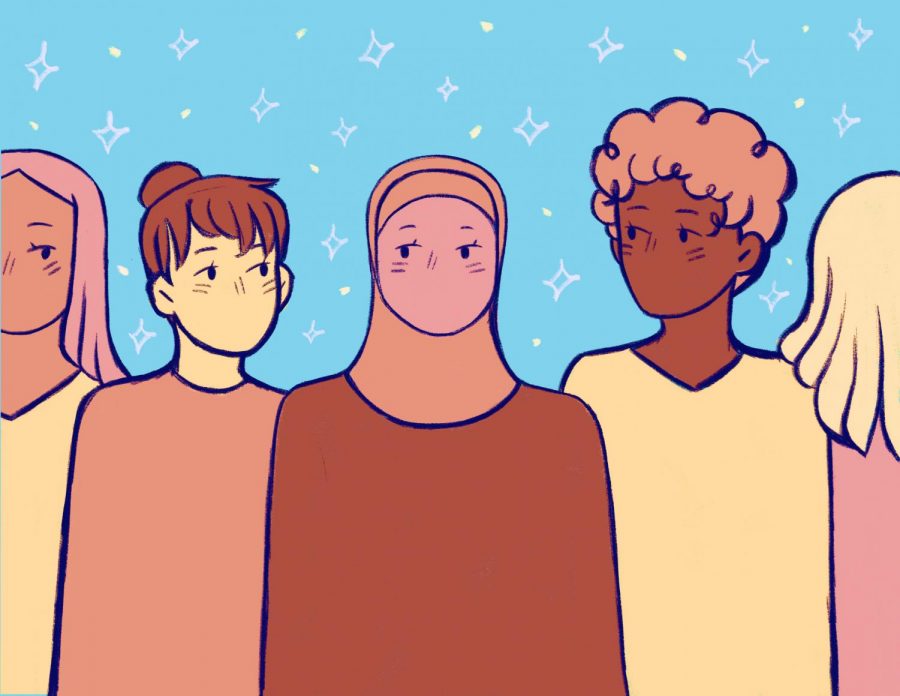 Women are just now beginning to recognize long-overdue steps toward equality in the workplace, in social settings, in education, and in households—but even that falls short. Women in the United States are still getting paid less than men—80.7 cents to every dollar made by a man, according to Business Insider. As it has been seen, equality is hard to fully achieve when there is so much to be made up for. Women’s history should not be discounted. It must be understood as vital in achieving societal equality. The month of March is a time specifically set apart to understand, reflect upon, and learn from the historical matters women have overcome.

Equality is treating everyone in the same, fair manner. Yet, equality only works if everyone starts in the same place. Men and women hardly started in the same place. Some of the adversities that women had to overcome in the past, to name a few, were complete and absolute denial in obtaining a court order against a domestic abuser, having minimal to no access to their reproductive system, legally being paid less than men on the basis of sex, and being denied the right to vote. This, all while most men obtained these rights—inherently.

Equity, however, recognizes the struggles that women had to overcome throughout the course of history. Equity fills the gap in compensation. Equity levels the playing field. Equity is understanding and using women’s history to designate “modern-day equality.” Equity can, in fact, be used to achieve a new form of equality; not starting where history left off, but redefining women’s rights and social justice, as it is seen in the 21st century. However, it becomes difficult to do so when there are all sorts of misconceptions surrounding the current-day Women’s Movement.

The term “feminazi” has been reinforced by the media, comparing a feminist to a nazi, one of the most extreme, gruesome groups to have faced the history of humanity. Feminazi is a way to disparage anyone who thinks she should be equal. This creates the idea that women want power over men—because that is what men have always had. Yet, on the contrary, women truly just want to be seen as equals. Equality is not one sex having dominance over and enforcing power upon the other—whether it is men ruling over women, or women ruling over men. That is not what the Women’s Movement is fighting towards—that is exactly what they are fighting against. Feminists believe in an unlimited potential and in independence; that being a woman is enough. Women want to step into their own and be recognized for their accomplishments—as individuals— blindly seen.

Julia diLiberti, College of DuPage humanities professor who co-chairs the Women’s Study Committee, put the last 100 years of women’s history in perspective at COD throughout the month of March.

“I don’t think we should discount women’s history because women’s history says, ‘there is this whole part of humanity that has been neglected and ignored.’ And, the truth is, we have already done a lot of things that men have done—but it has been erased. So, the reason we want to learn history is so that we don’t have to keep regaining the same ground we already gained.” diLiberti says.

It is important to acknowledge March as a month where women’s history can be recognized as a true, valid issue that took place which can— and must—be learned from. Let us not repeat history, the same shameful injustices and inequality, let us only grow from there as a country.

DiLiberti examines biases as a reason why full equality has not yet been attained; yet, it can. “I think we have internalized gender biases. So, I don’t think that we should say, ‘let’s give women jobs because they are women,’ I still think you have to be qualified for the job. But I do think we need to figure out how to neutralize gender biases so that qualified candidates aren’t overlooked because they are women.”