How censoring student media teaches our youth all the wrong lessons 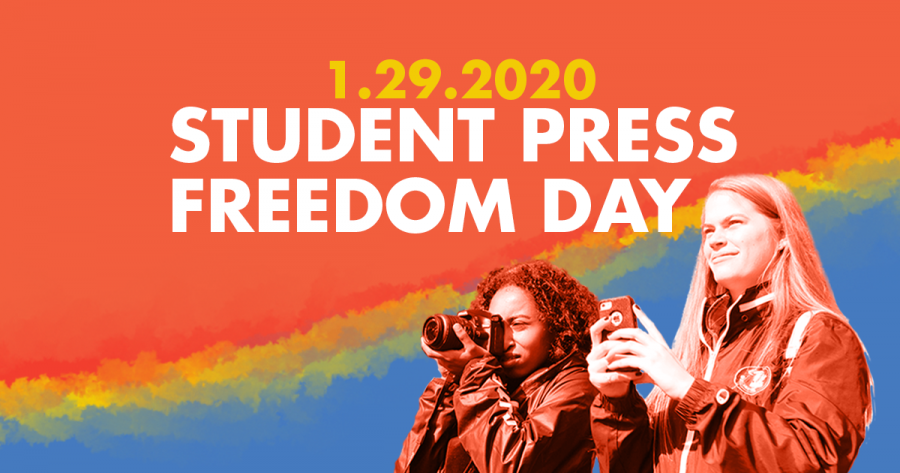 Today is Student Press Freedom Day. As both a professional journalist and a journalism educator, I find myself both proud and concerned as I look at the state of press freedom in both Illinois and the country as a whole.
I’m proud because Illinois became one of the first states in the country (in 2016) to pass a law (with zero “no” votes) to ensure all journalists in Illinois, from the high school level on up, have protection from censorship. As a college newspaper adviser, I know those censors can come in the form of school administrators and elected school boards.
I’m proud Illinois protects its journalists. In a state with such a deep history of corruption and sweeping social movements, journalists are needed to be stewards of factual information compiled in a way that is meaningful, useful and impactful to our citizens and readers.
But I’m concerned we live in one of only 14 states that have such laws on the books. Schools often represent the largest tax burden for citizens. School newspapers are embedded in those institutions to help ensure accountability for the proper use of those millions and millions of dollars. Yet, too often, the people with the final say over what information is in those school newspapers are the very people the students are writing about.
This is the exact wrong message to send our youth about freedom, accountability, and ethical behavior. It’s even more damaging during this era of “fake news” and propaganda.
What I tell my students is that when newspapers write articles that spotlight questionable activities of politicians, school administrators and others in leadership positions, that’s not fake news. That’s accountability. Everyone who teaches journalism teaches accountability.
And that applies to our own work. If we get a story wrong, we own it. We admit it. We strive to make it right. School censorship tells students when people have enough power, they can free themselves from being accountable for their mistakes.
I teach my students that striving with every story to learn and understand and get a broad range of viewpoints into print (or digital) is not fake news. It’s being ethical in your professional practice.
A reader may not like what a story says or what one person in a story says, or even what a verified fact reveals. That’s not fake news. That’s telling people what’s real and true regardless of whether or not it’s popular. That’s honest journalism. And that can be a hard thing for a young journalist when the hate mail arrives. It’s especially difficult when that hate mail comes from the leaders at your school, people who are supposed to be role models. It’s a lesson that doing the right thing and being ethical can inspire hatred by those who don’t practice the same behavior.
Today, I hope all my fellow professional journalists and journalism educators join me in calling on all states to follow Illinois’ lead and provide protection to journalists at all levels.
Not all of our students who work on school newspapers will go on to become professional journalists. But the lessons about accountability and ethical behavior will stay with them. We need as many people who believe in those principles as possible, whether they are writing the first draft of history or acting as the leaders who create that history.

• Jim is a senior writer with the Daily Herald newspaper in suburban Chicago. He is also past president of the Northern Illinois Newspaper Association and vice president of the Illinois Community College Journalism Association. He has served as the adviser to the Courier since 2015. You can read more of Jim’s thoughts on journalism on his Medium blog.