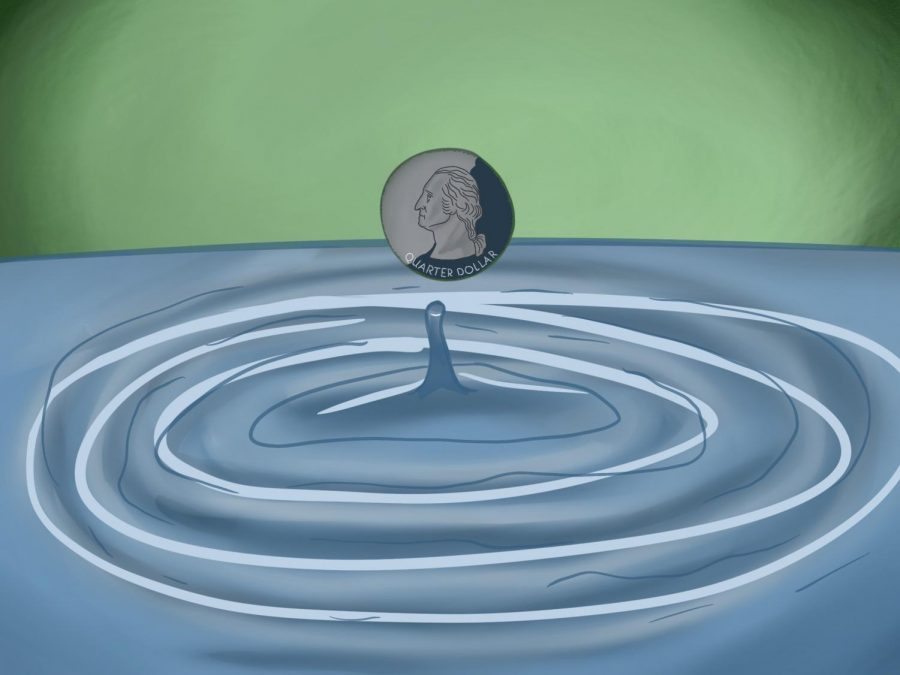 On Jan. 13 the Starbucks on COD’s campus issued a new policy that customers now have to pay for water. The new policy was set in place by the Sodexo, the company that manages the Starbucks, to reduce the length of the lines at Starbucks along with the distribution costs.

Lynn Konicek, the Sodexo general manager, said, “The changes were made because the number of water orders had significantly increased over fall semester, and we couldn’t continue to sustain the cost of products and labor.”

Other Starbucks (run by a third party) had made changes in their water policy, and COD followed their lead. The change was issued and is being monitored by College of DuPage.

Konicek said, “The college does offer water stations throughout the campus to meet water needs.” There are water fountains placed all over the COD campus along with a few water bottle filling stations. Unlike the water fountains which provide tap water, Starbucks uses a triple-filtration process for their water. Customers can still get water at Starbucks, but it will now come with a cost.

COD student Olivia Caballero said she hopes the new policy cuts down the time spent in line for all of Starbucks paying customers.

“We have those water bottle fillers for a reason, along with water fountains and vending machines,” Caballero said. “The line is almost always out of Starbucks, so it makes sense that they’d charge for water to decrease the length of the line, especially since it’s triple-filtered, which I did not know before.”

The employees at Starbucks and the members of the Sodexo team want customers to be aware that it is required to wait in line if ordering water and that you will receive your purchase in the order it was purchased.

The costs for water are now:

And $0.25 for any water containers you wish to have filled.

Jon Dziewinski is one of many students who were not aware Starbucks was changing its water policy.