Got what it takes to win a Nobel Prize? (why lithium-ion’s award should inspire you) 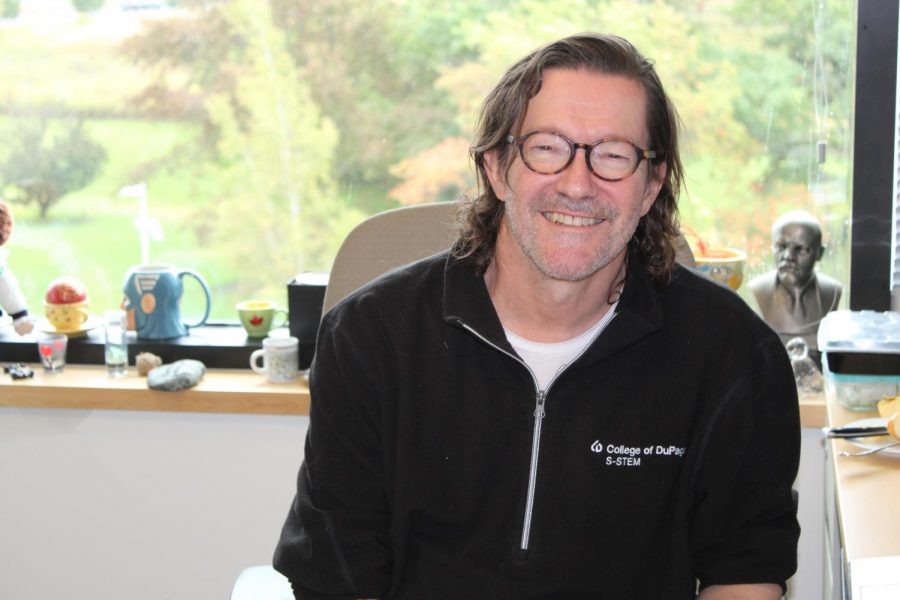 However, when John B. Goodenough and M. Stanley Whittingham were named two of the three scientists awarded the 2019 Nobel Prize in Chemistry for the development of lithium-ion batteries, Richard Jarman, professor of chemistry at the College of DuPage, was stunned because he actually worked with them.

“Goodenough was a significant figure in the field, but nobody walked around like he was a genius,” said Jarman, who was a graduate student (1978-81) at Oxford University while Goodenough was a professor. “He was just a regular, nice bloke. I was impressed with his theoretical knowledge; some went way over my head.  We always wanted a practical outcome for our work, but nobody had the slightest inkling what lithium-ion would become. It’s exciting to realize one might have had a tiny contribution with something that changed the world.”

Lithium-ion batteries enabled mobile electronics to dominate the world. Their light-weight, high density and rechargeability allowed them to power everything from mobile phones to laptops and electric cars. The Age of Information runs on lithium-ion.

Jarman worked on a laboratory group closely aligned with the work Goodenough was doing. Jarman focused on intercalation, which involves moving ions in and out of structures. He said this is exactly what happens within a lithium-ion battery. Lithium travels one way for the battery to do work and release an energy current, and reverses direction when the reaction is driven back during the recharging phase. This is coupled with electrons traveling through a circuit.

While Jarman was working for the Royal Signals and Radar Establishment, which was a division of the U.K. Ministry of Defense, to manipulate ion reactions in producing levels of electrons absorbing colors to make color displays, Goodenough was tweaking Whittingham’s lithium battery design to boost potential voltage. Whittingham’s design used metallic lithium in the anode (negative terminal) because its strong preference for releasing electrons translates to a very high energy density, and energy-rich titanium disulfide in the cathode (positive terminal). Goodenough redesigned the cathode with cobalt oxide.

Lithium is the lightest element you can do anything material with. It is a solid, instead of a gas, and its high reactivity gives it extremely high energy.

Jarman worked for the same supervisor as Whittingham at New College, after Jarman received the opportunity to work on lithium batteries for Exxon in 1979. Whittingham served as the research group leader.

“Whittingham was very soft spoken and studious,” said Jarman. “He worked all the time. One of my colleagues joked, ‘some people go home on the weekends and mow their lawn; Whittingham goes home and writes a paper to Applied Physics Letters.’”

Jarman said even with their different personalities, Goodenough and Whittingham both possessed incredible dedication to their work.

Ingram credits lithium-ion for fundamentally changing the way societies interact with each other. He believes anyone aspiring to match Goodenough and Whittingham’s achievements can replicate their qualities and enthusiasm.

“They are very energetic and positive thinkers,” said Ingram. “They constantly engage with the field and interact with others. They are applying their knowledge, but also absorbing new ideas and trying new things. We can all strive to do this. All Nobel Prize winners have the ability to take ideas that already exist and combine them in new, creative ways. All scientists need to be open-minded like this.”

Argonne is a research facility funded by the U.S. Department of Energy. Ingram said working there is exciting because you can always walk down a hallway and find an expert in a specialized area that may trigger a new idea on something you are working on. Ingram is the lead principal investigator of the science of materials complexity thrust at the Joint Center for Energy Storage Research centered at Argonne.

Ingram said Argonne’s research focuses on developing materials to store more energy at lower weight and higher volume. They are concerned with the cost and manufacturability of materials. Using fundamental science they develop a product to the point where an industry entity recognizes the value and scales the devices up to commercial level.

Argonne also researches battery recyclability, involving removing components from batteries to reutilize them. Part of reducing waste involves increasing the battery lifetime. Chemical reactions after every recharge eventually lead to battery degradation. Battery lifetime is currently coupled with the lifetime of many of our commercial electronic devices, with single-use charge being a huge level of competition.

“Lithium-ion is going to play an important role in energy storage for the foreseeable future,” said Ingram. “We can couple the electrical grid with renewable energy sources like solar and wind if their intermittent energy can be stored. In Arizona, due to their intense solar source, the cost of using energy-stored batteries is less than burning coal or natural gas.”

However, Ingram said for lithium-ion battery storage to be economically competitive against fossil fuels and nuclear energy in Chicago, the price of storage would have to become cheaper. Storage currently costs $200/kWh. To meet demand 95% of the time, with traditional sources filling the rest, prices would need to come down to $150/kWh.

Ingram said the much-reported fires are due to manufacturing flaws that cause a rapid transfer of energy leading to a rapid thermal runaway. He said intelligent design mitigates these risks.

“We can also make fundamental changes to how we use lithium-ions,” said Ingram. “We currently use graphite as our negative electrode, but if we can switch to lithium metal, we can gain energy density in the cell. This would transition from a lithium-ion to a lithium-metal system. However, we have to mitigate safety issues because lithium metal is very reactive (potentially explosive).”

Jarman believes lithium-ion’s storage potential could hold the key to realizing a complete independence from fossil-fuel or nuclear power.

“We need to overcome issues with battery storage,” said Jarman. “Inside a Tesla, it’s not one giant battery. It’s thousands of little ones, because of the challenges of energy containment. There’s an exploitation of nano-sized particles in lithium batteries to increase the energy density and to make them more efficient. At the same time, large-scale battery storage is being pursued. Perhaps hydrogen fuel cells may become more attractive for transportation compared to batteries. It depends on what the evolution of higher energy density materials can provide.”

Ingram said some research programs look at using hydrogen fuel cells to convert energy and use them to charge batteries. Potentially, a car could be charged with hydrogen at home and then driven using a self-contained battery. Similar devices could be used to power households using hydrogen or natural gas. Tesla’s Powerwall combines solar energy and lithium-ion batteries for storage.

“Over the last 20 years, Argonne has developed a new class of materials made of nickel manganese and cobalt oxide systems,” said Ingram. “It’s a high-capacity cathode allowing more lithium to be stored inside. Our devices are currently used in the Chevy Volt.

“We are also exploring beyond lithium-ion to see if there are other elements that can store energy more efficiently,” he continued. “Magnesium systems have two electrons compared to lithium’s one and can outperform lithium. However, when exposed to water or air the charge flow is inhibited. But we are excited, because much like lithium-ion in the ‘70’s, nobody knows what will be technologically viable in the future.”

In the future, Ingram sees a portfolio of different batteries being used for a diversity of applications.

He said the goal of solving specific challenges like this is what makes his work at a national laboratory so exciting and provides him the energy to move forward. Ingram credits his tenth-grade teacher, Mr. Hezlep, for inspiring his fascination in chemistry.

“The idea you could transform materials just by putting them near each other or supplying some level of energetic stimulus for a reaction, fascinated me,” said Ingram. “At university, I took an intro to materials chemistry class and thought it was so cool that when atoms are stacked in different orientations in a solid, the properties are different. Chemistry studies how liquids or solids interact with each other; this is basically the entire world we live in.”

Jarman said oil companies like Exxon and Amoco began exploring alternative energy sources because of an oil shortage in the ‘70’s. The diversification into biotechnology, electronics, solar and laser technology lasted until oil became plentiful and cheap again. If the world is going to transition to renewable energy sources, innovative minds and dedication similar to Goodenough and Whittingham’s are crucial among the next generation of scientists.

“I never had any expectation 40 years ago lithium-ion would become what it is today,” said Jarman. “If you go into research, you get used to failure. However, the rewards can come, even if they take a long time. Maintain optimism and enthusiasm. Don’t be afraid to try new things. What you’re working on might seem irrelevant, but you never know what could be the next big thing.”