Brian Caputo named next president of College of DuPage 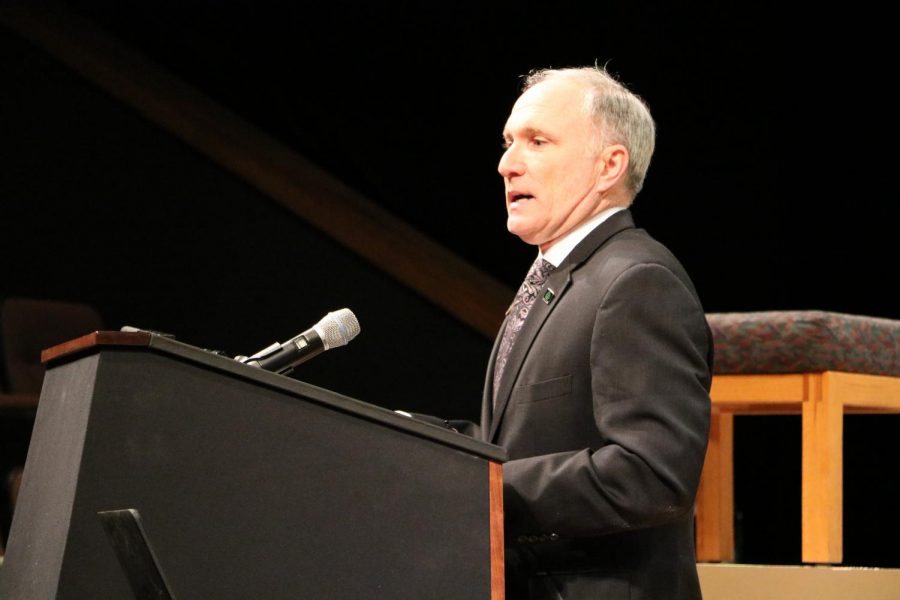 Following several consecutive years of declining enrollment and projections showing years of budget deficits to come, the College of DuPage Board selected Brian Caputo as the next president to lead the school’s new era after two years of being in danger of losing its accreditation by the Higher Learning Commission.

“We are now moving forward in working to finalize a contract with Caputo and dutifully position the largest, and in my opinion, the best community college in the state for the great future that lies ahead.”

Caputo has praised the school’s Guided Pathways program and the Strategic Enrollment Management initiative as facilitators for boosting enrollment and retention figures.

“Our school went through a period (of) going for enrollment at any cost,” said Caputo. “We weren’t concerned, as we are now, about taking care of students. Our enrollment figures were somewhat artificially high due to (people) re-tooling during the recession. Because of what our school has to offer, this institution shouldn’t be losing any enrollment.”

Caputo believes $1 annual raises in tuition will not deter students from accessing all the potential the school has to offer.

“By coming here, you are getting a great experience by taking classes that are smaller and with great professors,” said Caputo. “This is better for the student than the giant lecture halls with a graduate assistant teaching you. You’re accomplishing all of this without racking up giant student debt.”

Caputo previously withdrew his nomination due to undisclosed personal reasons. Just days later, he re-submitted his came for consideration following a plea from the board of trustees, which ultimately served as foreshadowing for Caputo’s selection.

Napolitano said the board went beyond their legal obligations to ensure the best candidate was chosen to lead the school.

“No law required (us) to conduct a nationwide search, use an outside search firm, (form) a search committee, establish minimum qualifications for candidates, interview multiple candidates, or solicit feedback from the college community before making our selection,” said Napolitano. “We did (this) because (the) board is committed to the principles of sound governance and values the opinions of the community.”

On behalf of the board, Napolitano thanked the 16-member Presidential Search Committee for its hard work and commitment to community service. The committee included a cross-section of COD faculty and staff, as well as business, legal, financial, government and education members throughout District 502.

The inclusion of former State Rep. Jeanne Ives on the committee drew considerable outrage from students, teachers and community members who feared her past statements about the LGBTQ and immigrant community would tarnish the reputation of the school’s commitment to toleration and inclusivity.

Napolitano said the final action required will be board approval of the contract for Caputo at a future board meeting.

Continuing the college’s strong military ties in employment, Caputo earned a bachelor’s degree from the U.S. Military Academy at West Point. He also earned a master’s in accounting from DePaul University, and a master’s and doctorate in public administration from Northern Illinois University.

Caputo is set to become president on July 1.