What does COD gain from Jeanne Ives’ divisive discrimination?

Do anti-LGBTQ and anti-immigrant policies deserve a place on the presidential search committee? 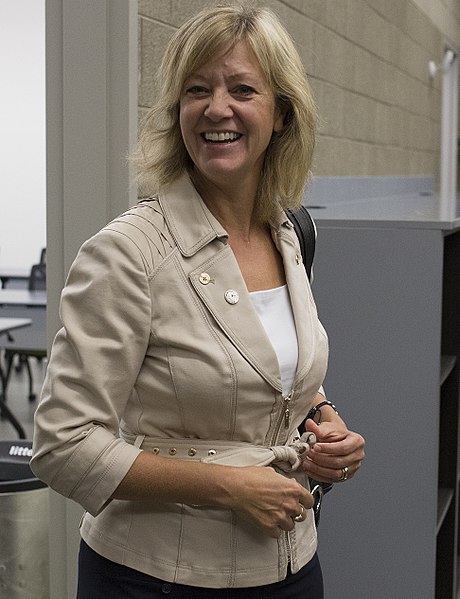 The inclusion of former State Rep. Jeanne Ives has drawn outrage from students and faculty

Or, so states an op-ed by Christian organization the Illinois Family Institute shared by former State Rep. Jeanne Ives, a recent appointee to College of DuPage’s presidential search committee. She has called transgender rights “junk science” and believes the LGBTQ community is trying to “weasel their way” into acceptability.

The former Republican member of the Illinois General Assembly argues gay marriage inevitably leads to a disordered state to raise a child and has opposed a bill to make it easier for a transgender person to change his, her, or their birth certificate. Ives also opposed a bill that would have banned gay conversion therapy across the state.

Ives stridently opposes the Illinois TRUST Act, which protects undocumented immigrants from being arrested or detained by state and local police on the premise of their immigration status.

Many members of the COD community have expressed outrage in her inclusion in the search process. They argue, by endorsing Ives’ beliefs, the college has violated its own Non-Discrimination Policy:

“College of DuPage is committed to maintaining a safe and healthy educational and employment environment that is free from discrimination, harassment and misconduct on the basis of sex, which includes sexual orientation or gender-related identity.”

“In the last few years, the school has made an effort to create a new website page for the LGBTQ community, create more accessible gender-neutral bathrooms and safe-zone training,” said Brown. “COD also considers itself a safe-haven for undocumented immigrants and DACA recipients. Ives is notoriously anti-immigrant. If she has any say in the choice for president, she will help ensure the end to the school’s open policies and implement her own bigotry.”

Pride Alliance member Chloe Edwards said they came to COD because the school is known for being diverse and safe for all communities. Edwards believes Ives’ inclusion threatens the well-being of every vulnerable student. 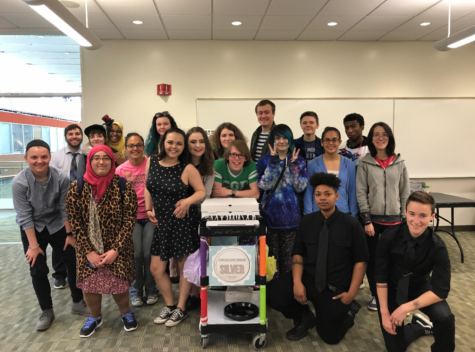 “The staff goes out of their way to ensure every student feels safe,” said Edwards. “If she helps pick someone who doesn’t reflect the campus’ true beliefs, then acts of sexual harassment and discrimination against marginalized people will rise. If someone is chosen who doesn’t prioritize our needs, I might not even show up to campus anymore.”

Frank Napolitano, president of the COD Board, said Ives’ former experience as an Army officer and extensive leadership training makes her uniquely qualified.

“I know she has a keen sense of what it takes to lead in any situation,” said Napolitano. “(Ives) was a very productive contributor to our discussion on the committee that recommended (former-President Ann Rondeau). Her experience has already proved valuable as she has made important suggestions on the search process that all members have agreed to adopt.”

Napolitano said Ives’ tenure as a state representative is invaluable in seeking a president who can successfully work with state legislators.

Napolitano refused to comment on Ives’ positions on the LGBTQ and immigrant community. He also did not comment on how her inclusion affects diversity at the college, nor did he address students’ fears that her influence will lead to a presidential candidate with positions that mirror transphobic, xenophobic and sexual-reactionary beliefs.

COD has faced several years of consecutive declining enrollment. In a presidential search that should embody a moment of unity for the school, Ives’ inclusion brings division amongst the faculty and student body. The college prides itself on its all-inclusive, non-discriminatory environment. COD’s efforts have attracted students from an array of backgrounds with diverse needs.

Does the inclusion of Ives on the search committee make the college more, or less, attractive to attend?

In Ives’ unsuccessful bid for the Republican nomination for governor, she ran a television ad titled, “Thank you, Bruce Rauner,” that members of both parties rebuked for its offensive depictions. The ad has been labeled transphobic, sexist and xenophobic with Ives’ own conservative allies urging her to take down the hateful content.

In the ad, a husky male actor wearing a red dress thanked then-Gov. Bruce Rauner for, “signing legislation that lets me use the girls’ bathroom.”

Pride Alliance member Katie McElroy highlighted the hypocrisy of the ad portraying trans people as perpetrators of violence, when they themselves are more likely to be victims of violence for their identity.

“Ives made a mockery out of trans people to further her political agenda,” said McElroy. “She forgets there is an individual person in there with feelings. It hurts to be represented by someone who believes I shouldn’t be allowed to marry a person I love. It was dehumanizing when she voted against allowing trans people to update their birth certificates to correspond with their identity.”

In stereotyping trans people, Ives succeeded in using fear to motivate voters to support her discriminatory policies. Her campaigns have consistently labeled members of the LGBTQ community and gay rights advocates as threats to DuPage’s traditional Christian values.

McElroy pointed to the school’s adoption of allowing students to change the name on their identification card as a sign COD is willing to listen to the students’ demands in ensuring acceptance and eradicating discrimination on campus.

“All our efforts could be pushed aside if Ives recommends a president that wants to stamp our progress out,” said McElroy. “It’s good to have a diverse group at college because you learn more about the world around yourself. We can’t maintain this unless COD promotes a safe environment for all its students.”

McElroy questions why someone who is outside academia would be valued by the committee. McElroy said the committee has made it clear it does not serve the best interest of the students.

Napolitano said the presidential search committee serves only as an adviser to the board’s decision. He said the committee is comprised of a broad cross-section of the community and stakeholders, including representation from the faculty and adjunct faculty, students, administrators and community leaders. The board interviews candidates directly and considers feedback from the search committee in making their decisions.

Napolitano pointed to Ives’ efforts in speaking out against the issues facing the school under former-President Robert Breuder’s tenure. Ives sponsored several bills in Springfield to curtail severance agreements and lengths of contracts that were adopted and passed by Democratic sponsors for Illinois universities. Ives sponsored legislation to have the State Auditor General perform a comprehensive audit of COD. Napolitano credited that audit to leading to many of the policy reforms the school has since implemented.

COD’s Students for a Democratic Society said they fearlessly oppose the undemocratic appointment of Ives to the committee.

“Ives has a history of pushing anti-immigrant and anti-LGBTQ+ policies and cannot be trusted to have our students’ best interests in mind,” said the students in a statement. “We demand she be replaced by a tolerant individual who supports all communities.”

“This is strictly based on her historical support for policies that hurt the LGBTQ community and other marginalized groups that make up a large portion of our student-body,” said Kent. “Our new president is going to need to serve all students, not just the ones Ives values.”

Fellow Pride Alliance member Luna CE Malcolm said those with an agenda of harming any people should have no place in policymaking at COD.

“Ives’ placement discourages our presence at the school,” said Tucker. “This puts us in danger where we have to suppress ourselves to prevent people from committing hateful crimes against us.”

Pride Alliance member George Kennett said Ives has a deep-seeded resentment for the LGBTQ community, immigrants and towards public schooling in general.

“It’s shocking Ives has been given this position of power over us,” said Kennett. “I can’t imagine any president that Ives plays a role in picking not being corrupt, hateful and openly reactionary.”

Ives’ inclusion could further signify claims the committee and the board disregard the interests of the students and rather serve as a political stepping-stone to spread influence and gather wealthy support from powerful allies.

Seen as an increasingly self-gratuitous body, entitlement and privilege have come at the forsaking of the rights of students.

Should Ives’ entitlement to a position of power from which to continue spreading her hate be valued more than the students who feel they are entitled to basic human rights?