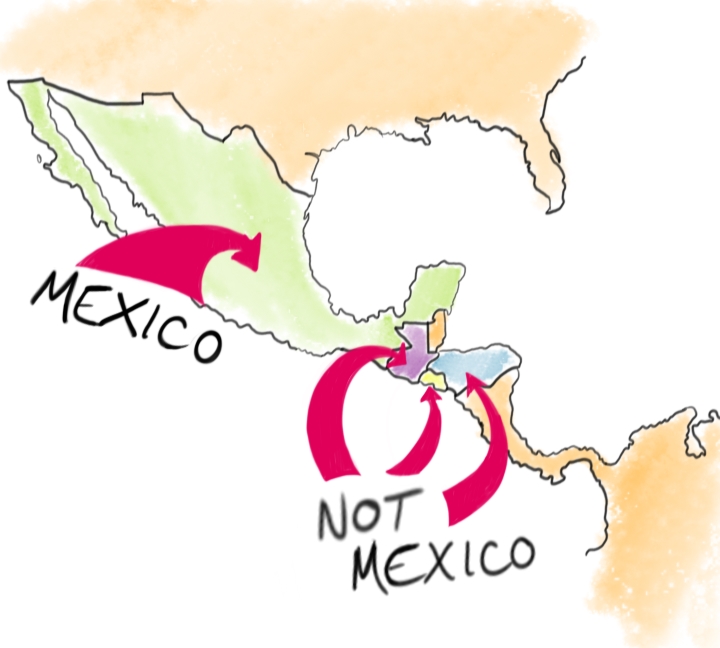 Misinformation in media is a detrimental trend in today’s age. It’s something we as consumers see spread by people on sites like Instagram, Facebook and Twitter. While we may laugh it off when our moms send us a Facebook hoax about some obscure app,  the reality is that the consequences behind the spread of false information is a serious issue we need to be aware of.

Recently, “Fox and Friends”, a segment of Fox News, aired a story about the Trump administration’s decision to cut aid to El Salvador, Honduras and Guatemala. During the live broadcast, the text-scroll at the bottom of the screen referred to the three Central American countries as “three Mexican countries.”

Just last week, White House spokesperson Hogan Gidley referred to Puerto Rico as a country while discussing recent claims by President Donald Trump that the U.S. territory has been receiving “too much money.”

Some of these instances have already become memes. My mother showed me a particularly memorable meme in which the countries below Mexico’s southern border were referred to as “South Mexico” and the like.

The presence of these kinds of memes is a reflection of the Americans who wonder if the people reporting and leading the country are well-suited for the task. These occurrences make me curious as to what the rest of the world thinks of our frequent slip-ups in media.

“Fake news,” as it’s been infamously dubbed, feeds ignorance and misinformation. It can cause viewers to make ill-informed opinions about serious topics.

For example, there has been a recent surge in the anti-vaccination rhetoric, a movement fueled by the false belief that vaccinations cause autism. This allegation has already been debunked by credible and reputable scientific journals, such as the Journal of the American Medicine Association, yet Facebook groups, celebrity influencers and misinformation keep this dangerous belief in existence. Fake news is what is keeping anti-vaccination trending and is partly to blame for the recent measles outbreaks in fifteen states, including Illinois, despite the disease being previously completely eradicated in 2000.

In the era of the Internet, fake news is easily spread. It is because of today’s technology that we as consumers of media have the responsibility to seek out the most accurate, unbiased sources of news.

Sources like Buzzfeed and Fox News are simply too biased to take for accurate news. These news outlets may be OK for a quick glance at what is happening in the world, but they shouldn’t be our go-to sources.

I urge readers to make sure you are gathering information from reputable sources. I recommend The Associated Press, BBC and Reuters for world news, and the Daily Herald for local news. These media outlets tend to meet high journalistic standards while putting out minimal partisan bias in their stories.