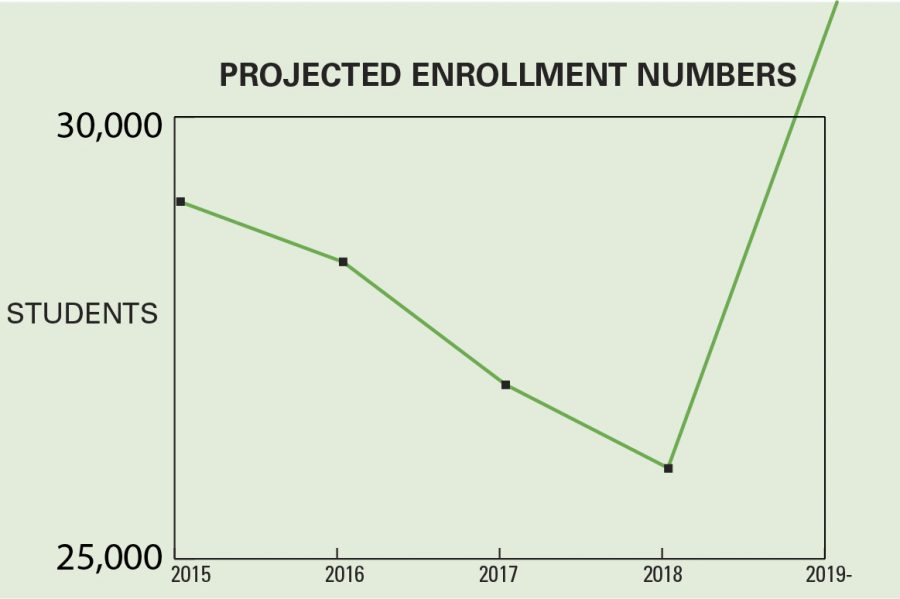 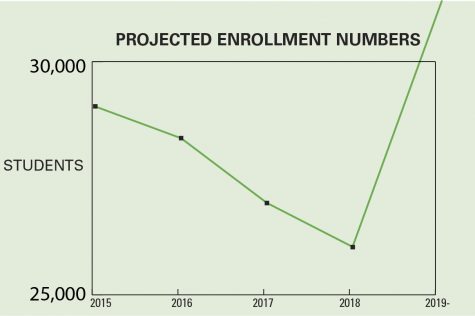 (SATIRE) College of DuPage (COD), like many other institutions of higher education, is struggling with low enrollment figures. As the economy improves, more students are moving out of state for their education. Consequently, COD is planning a plan to strategize an initiative to create a PowerPoint about a new way to boost enrolment numbers.

“I’m really excited about the possibilities,” said College of DuPage Provost, Mark Curtis-Chavez. “We have considered options like expanding our programs or building our alumni network. However, at the end of the day, students just want school to be easier.”

After conducting on-campus polling, the administration made some eye-opening discoveries.

“Students really dislike having to complete paperwork and take tests. Based on our extensive polling, we found that students hated placement tests the most,” said Sally Dratstern, administrative assistant at COD registration services. “ Students were also exhausted by the enrollment process overall and particularly despised having to describe themselves in 500 words.”

One student who barely made it through the strenuous enrollment process spoke out about her struggle.

“Honestly, I just hate having to say what my goals are. I want to graduate and get a job, just like everyone else,” said Jessica Holdensmith. “Why do I need to make myself sound interesting and different when I’m not?”

Although Curtis-Chavez has been a member of the COD community for less than a year, he has been working tirelessly to combat the issue of a dwindling student body. Numbers for the spring semester were disappointing, and the administration has been discussing a new strategy for the fall.

“I seriously considered hiding out in the bushes outside local high schools,” said Chavez. “We really need to target new students at the source. When someone suggested lowering enrollment requirements I got excited. We have been working on a proposal for the board, but I think this is going to be a winning approach.”

Currently, this proposal is in the beginning stages. So far the administration has floated dropping class prerequisites, lowering high school GPA requirements, and has tentatively considered enrollment for those who do not intend to ever actually attend classes.

“It’s all about the numbers,” Chavez said. “I look forward to growing the College of DuPage community at any cost.”